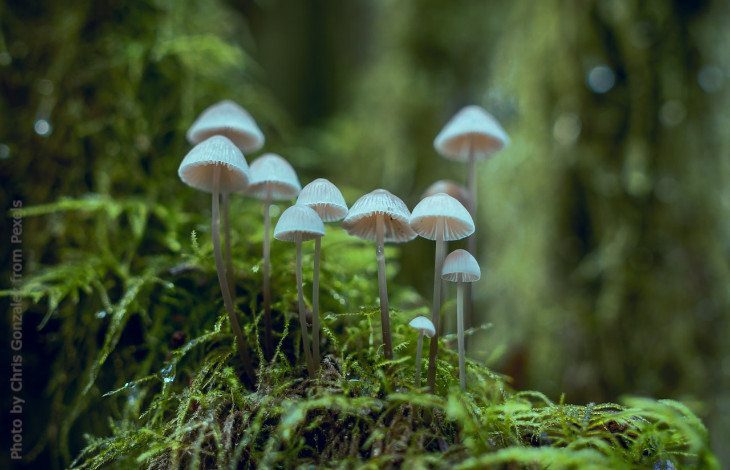 Climate change and biodiversity losses loom large on the list of global environmental concerns. While the international media attention is squarely focused on the UN process for tackling climate change, corporate lobbyists also closely follow its counterpart for the protection of biodiversity, the UN Biodiversity Convention and its protocols on biosafety and on access and benefit sharing of genetic resources. Finally, at COP14, signatory states just agreed on a conflict of interest policy – a crucial step still not matched by the UN Framework Convention on Climate Change.

The Parties to the UN Biodiversity Convention (CBD), its Cartagena Protocol on Biosafety and its Nagoya Protocol on Access and Benefit Sharing of Genetic Resources have finally agreed on a set of conflict of interest rules. This is a really important development, given that especially the biotech industry has been trying to undermine the UN’s annual international biosafety talks, where, as CEO reported in ‘Biosafety in Danger’ and the ‘Gene Drive Files’, undue corporate influence poses a serious problem.

To address the issue, the CBD secretariat drafted a policy on conflicts of interest, which was up for discussion at this year’s UN biodiversity conference COP14 in Sharm-El Sheikh in November. While the proposal was acknowledged by many conference participants as an important first step in the right direction, it still leaves substantial room for improvement.

Third World Network (TWN) organised a side event about the topic during the conference, where they underlined the importance to increase the scope of the conflicts of interest proposal: any mechanism to address conflicts of interest should focus on preventing private and financial interests conflicting with the public interest, and not only apply to technical experts groups but extend to all CBD processes, such as online expert fora. CEO shared its experience on conflict of interest rules in the EU context, while Ecoropa highlighted the experience in the Intergovernmental Science-Policy Platform on Biodiversity and Ecosystem Services (IPBES).

Whether or not an individual is at risk of experiencing a conflict of interest can effectively be measured through their salaries, financial compensations, fees or declarations of financial interests – in relation to scientists, for instance, funding sources for research projects have been shown to have an impact on the conclusions of the resulting studies. Also, the very appearance of a conflict of interest has to be avoided to maintain the integrity and reputability of an institution. In addition, as practiced in other context, conflicts of interest in the CBD sphere should be assessed against the objectives, purposes and principles of the Convention and its Protocols.

The Gene Drive Files are a salient example for why the policy’s scope needs to go beyond technical expert groups: using $1.6 million from the Bill and Melinda Gates Foundation, agriculture and biotech public relations firm Emerging Ag recruited at least 65 people for the participation in the CBD Online Forum on Synthetic Biology in order to skew the outcomes. Appointees to the expert group were also exposed to have had relevant financial interests via their sending institutions, which had not been declared in CBD forums.

Based on documents obtained through a Freedom of Information request, Corporate Europe Observatory was also able to reveal how pro-biotech lobby platform the Public Research Regulation Initiative brings together industry, researchers and regulators in ‘like-minded’ groups to manipulate the outcomes of CBD and Cartagena processes.

Most countries at COP14 expressed their support for the new conflict of interest rules, but Argentina, for instance, wanted to see public research institutes exempted from the policy. Their request was taken on board and included in the final rules, despite the fact that many of these institutes have become less independent and that their (financial and staff) ties to industry are intensifying. Another drawback is that the experts’ Declarations of Interest will remain confidential.

Other big topics at COP14 included the gene drive technology. Ahead of the conference, CEO and other EU groups already wrote to European Commissioners and the EU delegation which would attend the conference to amplify calls for an international moratorium on the release of gene drive-modified organisms into the environment.

Instead of a formal moratorium, the negotiations concluded with a “pretty strong and significant” decision, which “sets high barriers to the release of gene drives”, according to the Action Group on Erosion, Technology and Concentration (ETC Group). It was very committed delegations like Bolivia which enabled such a strong conclusion, as they insisted on Free, Prior and Informed Consent for indigenous peoples and local communities before considering the release of any gene drive-modified organisms. Language around this concept had been heavily debated and fiercely challenged by countries like Canada, Brazil and Colombia, but Bolivia stood its ground, while Bayer/Monsanto representatives and US government observers kept close watch.

A number of African governments had been wavering wildly in their positions on gene drives over the past few months, a development which culminated in a sudden pro-gene drives shift of many of the continent’s nations at COP14. The turnaround was so striking that thirty-seven African organisations described it as African governments having “fallen from grace on the altar of multinational corporations, gene giants and private foundations” in a joint statement. To them, “[t]he African group’s position at the CBD slavishly replicates the position of these interest groups”.

Friends of the Earth International followed the discussions on the so-called “mainstreaming” of biodiversity at the UN conference and pointed out that the ambitious government statements clashed strongly with many country’s continuing subsidies of and privileges for the very same industries responsible for biodiversity destruction and human rights abuses against indigenous peoples, peasants and other environmental activists.

In other discussions at the COP14, debates around biopiracy entered a new phase after having raged for decades. With the rapid global expansion of large-scale gene sequencing projects, the Biodiversity Convention and its Nagoya Protocol on access and benefit sharing of genetic resources are coming under a lot of pressure. Biotech developers strongly oppose the subjection of digitalised genetic codes to access and benefit sharing agreements as is the case for real genetic material. This issue remains far from resolved, but it is now being taken forward in an Ad Hoc Technical Expert Group (AHTEG) under the Nagoya Protocol.

Next chapter for UN biodiversity

Having failed to reach previously agreed biodiversity targets, parties to the CBD are now taking a major step back by looking to the Paris Agreement under the UNFCCC as a source of inspiration: voluntary commitments in lieu of binding rules. As pointed out in the final ECO newsletter of the summit, “the CBD has taken a range of legally- binding decisions, and country parties have ratified two legally-binding protocols”. None of this was achieved by the UNFCCC. There is absolutely no reason to believe that Paris-style voluntary commitments will be more effective.

Biodiversity is life itself – we must protect it

What is certain, is that the developments around the UN Biodiversity Convention deserve a lot more attention from both the public and the media, and require closer scrutiny of corporate capture risks in the Convention’s processes. After all, with biodiversity at risk, no less than life itself is on the line.