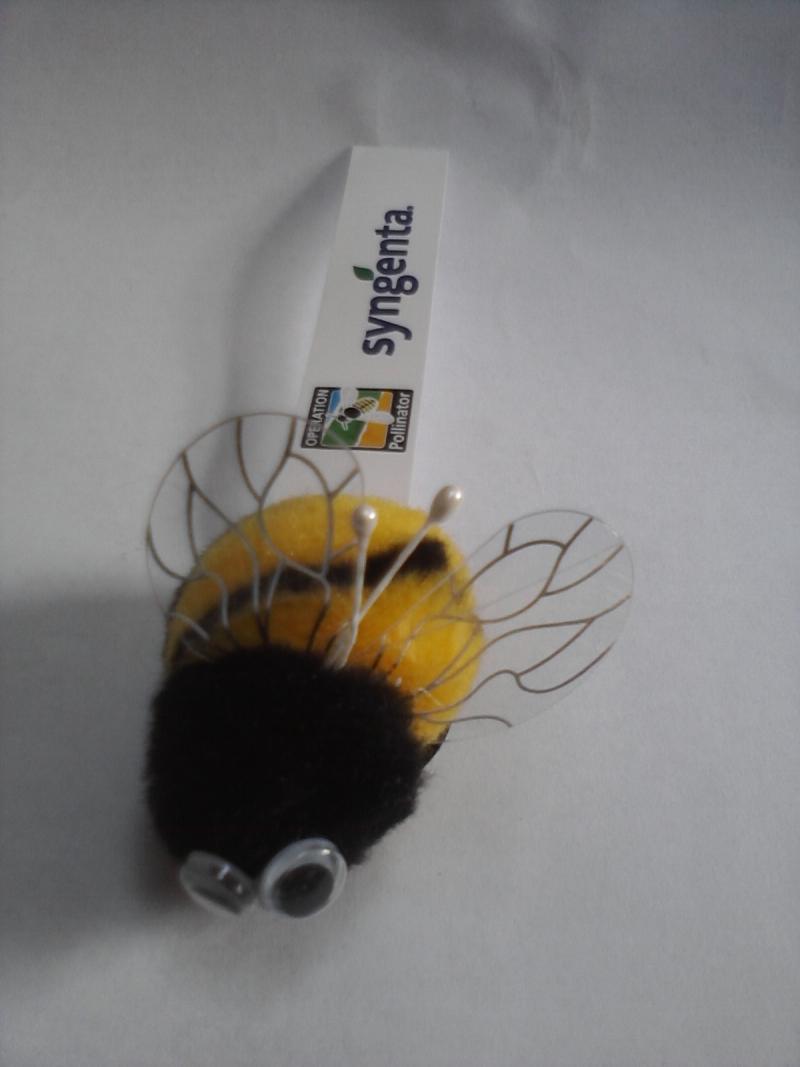 "This is not an industry event"

A luxurious venue, corporate propaganda in the corridors, co-optation of the co-organisers, lobbyists in the room, civil society hardly present and heavy-weight politicians on stage: welcome to Syngenta's 4th Forum for the Future of Agriculture.

The 4th "Forum for the Future of Agriculture" took place on 15th March in the newly built "Square" conference centre in Brussels, one of the most expensive conference venues in Brussels (the big conference room alone costs 16.500€ a day). The organisers were biotech giant Syngenta, the European Landowners' Association (ELO) and the RISE Foundation, with a couple of other smaller partners.

Taking place in the middle of the very important discussions about the upcoming reform of the Common Agricultural Policy (CAP), the biggest common policy of the European Union (taking up 40% of the EU's budget), the event  brought together some of the most important decision-makers on the issue: the Commissioners for Agriculture and Environment Daclan Ciolos and Janez Potocnik, and four MEPs playing a crucial role in the discussions: Paolo de Castro, George Lyon, Mairead McGuinness and Reimer Böge, respectively the Chair, the rapporteur for post-2013 CAP and a member of the Agriculture and Rural Development Committee, and the rapporteur for the multi-annual financial framework at the Budget Committee. But with the single exception of US writer Lester Brown, who described the looming food crisis with very detailed and alarming facts, critical voices were absent from the conference panels: no environmental NGOs, no public interest groups, no representatives from the organic farming union and no consumers associations were invited to speak. What was announced as a “meeting place for those who have a stake in the future of agriculture” was in fact a tightly orchestrated lobbying event for Syngenta to polish its image and promote its agenda for the reform of EU agricultural policies.

When entering the venue, participants found themselves in a very comprehensively PR-ed space. Syngenta staged ''Operation Pollinator'', which sounds quite militaristic given that they were giving away cuddly bumblebees (picture), fruits, rapeseed oil, port ... glossy brochures of happy farmers praising pollinators on their farm, and real bumblebees in glass cages. This is not the first time Syngenta has put itself forward as a friend of the bees. It has been funding the British Beekeepers Association, which since then endorsed several pesticides as 'bee friendly'. Syngenta also receives research funding in the UK to document the decline of the bee population. There is strong evidence that these irreplaceable insects are being wiped out by the industrial use of pesticides, and one can safely assume that this is a way for Syngenta to try to deter criticism - as well as prevent research that would endanger its profits. As Corporate Europe Observatory (CEO) and the European Beekeeping Coordination reported in October last year, Syngenta (along with Bayer and BASF) has its representatives even inside working groups advising the Commission on policies dealing with the impacts of pesticides on bees.

Another PR stunt occurred after the lunch break. Syngenta had contracted PR company EuroRSCG to create a sort of front group for the occasion, called ”Thought For Food”, a gathering of 60 students from 12 European universities to discuss global food crisis issues and ask participants to act as virtual mentors. The group had been launched the day before, and was introduced on stage by an over-the-top video (unfortunately not online yet) mixing images of the Tunisian revolution, snapshots of social media and aggressive messages about the supposedly digitally revolutionary new generation (yes, the soundtrack was The Who's “My generation”). Not sure what's worse: students allowing themselves to be used for corporate propaganda, or the hijacking of the Maghreb revolution's imagery?

Syngenta used this event as a direct lobbying opportunity. At least 25 Syngenta employees and executives were in the room, chatting and networking with other participants at coffee and lunch breaks. Among them was Suzy Renkens, the controversial former head of GMO Unit at EFSA who left her position at the European food safety agency to become a lobbyist for Syngenta in late 2009.

You might wonder what the land owners' association ELO was doing in all this. Although it supports the use of pesticides and is not notorious for its progressive commitments, this organisation is usually more attached to conserving traditional countryside landscapes than creating the green deserts delivered by biotech crops. Similarly, the RISE Foundation (created by and embedded within the ELO), which gathers influential policy makers on its Board  (and chaired by former Agriculture Commissioner Franz Fischler), pretends to promote “a strong, vibrant and sustainable rural Europe, where people have a high quality of life”...? According to Romano de Vivo, Syngenta's Head of Stakeholder Influencing & Sustainability for Europe, Africa and the Middle East,  Syngenta and the ELO are running comparable projects on how to ''integrate the protection of natural resources with their productive use'' and regularly cooperate over publications and events. Syngenta for instance sponsors ELO's annual report. The reason why ELO got involved in Syngenta's propaganda show could indeed simply be funding: Syngenta is to date the biggest financial contributor to the RISE Foundation, having donated 1 million Euros. In other words, Syngenta purchased ELO's privileged access to EU decision-makers and uses ELO's image to polish its own.

For Romano de Vivo, ''this is not an industry event'' and ''transparency is in Syngenta's DNA''. Industry event or not, the ''forum for the future of agriculture'' in Europe was a space controlled by and serving Syngenta's interests and the scale of the lobbying exercise was remarkable. The absence of meaningful criticism enabled Syngenta to appear as a constructive stakeholder and effectively promote its message on CAP, which can be summarised as ''more technology'' (meaning new pesticides and GMOs), ''less regulation'' and ''sustainability is important but productivity is key'', a powerful but short-termist argument in a food scarcity crisis context. At the same time, a very important report by the UN Special Rapporteur on the Right to Food was published the week before, that found that agroecology has the potential to double food production in 10 years as well as mitigate climate change, protect water resources and provide jobs in rural areas, all crucial stakes for the CAP reform. This report wasn't mentioned once during the whole day.