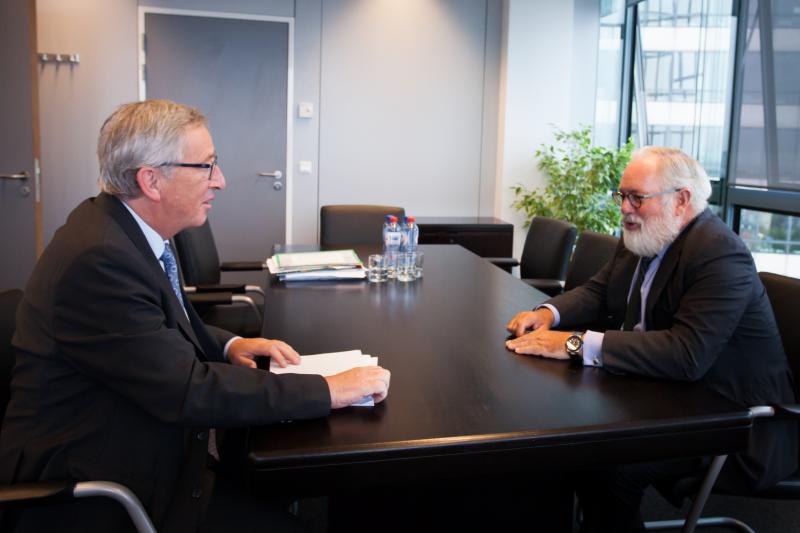 The many business dealings of Commissioner-designate Miguel Arias Cañete

1. Family interests in the agriculture sector

In his political career Arias Cañete has shown a keen interest in agricultural policy. As a member of the European Parliament between 1986 and 1999 he was a member or substitute in the Agriculture and Rural Development Committee without interruption. He also acted as a spokesperson on agriculture for the conservative Spanish Partido Popular. At the same time, members of his family, most notably his wife Micaela Domecq Solís, had significant business involvement in the agricultural sector.

Domecq Solís is heiress and co-owner of a bull-breeding business called Jantilla, which is managed by their two sons. As a Member of the European Parliament, Arias Cañete fought in 1996 for the inclusion of bull breeding in the agricultural activities which receive payments under the EU’s Common Agricultural Policy (CAP). In 2001, he recused himself as a minister from decisions regarding the sector due to his conflict of interest. His decision to still meet with a bull breeder lobby association, led to calls for an investigation on whether or not he infringed the Spanish conflict of interest law.

In 2002 Domecq Solís had to appear before a parliamentary inquiry in the Spanish province of Extremadura about payments under the CAP. She was investigated for registering nine different entities on adjacent lands and requesting separate CAP payments for all of them. There are concerns that the decision to split up the land followed a change in the CAP payment rules away from a system based on the surface area of the farm. This led to accusations of Domecq Solís gaining privileged access to information through her husband and using them for her financial gain.

Another agricultural business owned by Domecq Solís is Agrícola Micaela Domecq SL, which received more than € 619 000 in payouts under the CAP between 2009 and 2012. As the Spanish Minister for Agriculture, Arias Cañete was involved in the 2013 negotiations in the European Council about the structure of the CAP payments for the period 2014-20.

When Arias Cañete became Minister for Agriculture in 2011, his department’s competencies also included the environment. Critics have alleged that as a shareholder in two companies that handle petroleum supply in the Spanish ports of Ceuta and Las Palmas, he ran the risk of having conflicts of interest. Arias Cañete, according to his 2011 declaration of financial interests to the Spanish Parliament, owns shares worth €326 000 in the two companies Petrolífera Dúcar SL and Petrologis Canaris SL, which represent 2.5% of all shares according to his 2014 declaration of financial interests to the European Parliament. He was president of both of them during his time as a Member of Parliament, but stepped down when he became minister.

However, he failed to declare that both companies have entered into contracts with public administrations, something the Spanish anti-corruption law obliges him to do. As a Spanish parliamentarian, Arias Cañete issued a declaration in 2008 that Petrolífera Dúcar does not deal directly or indirectly with the public sector, a fact he maintained when updating the declarations in 2009 and 2010. However, in April 2014 it was revealed that in 2008 Petrolífera Dúcar received a concession from Partido Popular controlled public authorities to use public lands for the storage of petroleum products in the port of Ceuta area. At the same time it emerged that also Petrologis Canaris had made a contract with the public administration of the Canary Islands for petroleum supply to public institutions – a fact that Arias Cañete was obliged to declare. In the case of Petrologis Canaris, he claimed that he was unaware of the contracts being made.

Arias Cañete not only continues to hold shares in both companies, he also maintains close family ties to them. Following his withdrawal from official positions in the companies, his son Miguel Arias Domecq remains a board member and his brother-in-law Miguel Domecq Solís is director of both, Petrolífera Dúcar and Petrologis Canaris.

Further controversies surrounded Arias Cañete’s work on reforming the coastal law, which regulates the construction activities on the Spanish coast. The reform didn’t feature in the conservative party’s election manifesto, yet it was one of the first initiatives taken up by Arias Cañete when he was named as the agriculture and environment minister in 2011.

The reform has been criticised by environmental groups in Spain such as Greenpeace, Friends of the Earth Spain and the WWF for favouring private interests, especially in the construction, real estate and tourism sectors, over the protection of the coastal environment. Greenpeace denounced that the drafting process, which was concluded in only six months, did not include input from civil society groups, academics or regional authorities and provided privileged access to industry groups.

In the process Arias Cañete has been accused of suffering from a possible conflict of interest due to his connections to Bami Newco, a large Spanish real estate and construction company. Arias Cañete was a board member of Bami Newco from 2009 and only stepped down in December 2011 when taking up his post as a minister. Bami Newco could be among the beneficiaries of the reform.

Arias Cañete maintains close family ties to the construction and real estate sector: His wife is registered as the sole representative of the real estate company Nova Diecinueve (a position she took over from Arias Cañete in 2009); two of his nephews hold leading positions in a construction company and a brother-in-law, José Bujanda Sáenz, used to be president of the national cement manufacturers association

4. A good choice for Commissioner?

Looking at the many business interests Arias Cañete has pursued during his time as a politician, claims that his activities resemble those of a lobbyist rather than an elected official come as no surprise.

The code of conduct for European Commissioners states: “A Commissioner shall not deal with matters within his/her portfolio in which, she/he has any personal interest, in particular a family or financial interest which could impair her/his independence.” The fact that Miguel Arias Cañete holds shares in and maintains close family ties to two companies whose sole business activity is the storage and distribution of petroleum should therefore exclude him from any decisions that affect the sector.

The newly created Directorate General (DG) for Climate Action and Energy, which Arias Cañete is nominated to head, will be the leading actor in the new European Commission for all policies that affect the energy sector. It is difficult to imagine how Arias Cañete could effectively lead this particular DG. Given his current and recent ties to the oil industry, he would regularly find himself caught in real or perceived conflicts of interest. Decisions in the College of Commissioners on agricultural policy would pose a similar risk, given his wife’s significant business interests in the agricultural sector. In the upcoming hearing of designate Commissioner Arias Cañete, the European Parliament must ensure that these potential conflicts of interest are taken seriously.

This comment was written by Fabian Flues, Friends of the Earth Europe

On 16 September 2014 Miguel Arias Cañete announced the divestment of his shares in Petrolífera Dúcar SL and Petrologis Canaris SL. In his statement, Arias Cañete explained his actions were aimed “to avoid even the slightest notion of potential conflict of interest”.

Yet as documented above, Arias Cañete continues to maintain close family ties to both companies. His son Miguel Arias Domecq remains a board member and his brother-in-law Miguel Domecq Solís is a director of both Petrolífera Dúcar and Petrologis Canaris. Even though the full ownership of both companies is not clear (because of the involvement of a secretive Dutch-registered holding company) there are multiple links back to Arias Cañete’s family, which has led Spanish media to conclude that the family controls at least 83 per cent of the shares in Petrolífera Dúcar and 79 per cent of the shares in Petrologis Canaris.

CEO considers that this background makes Arias Cañete an unsuitable candidate for EU commissioner, let alone commissioner for climate action, and CEO calls upon MEPs to reject his nomination.

Friends of the Earth Europe has today published a follow-up article on Arias Cañete which uncovers further evidence of his close family connections to the oil companies Petrolífera Dúcar and Petrologis Canaris which suggest his potential conflicts of interest are far from resolved.

His son Miguel Arias Domecq is a board member of both of them and his brother-in-law Miguel Domecq Solís replaced him as chairman of both companies. Furthermore, the largest shareholder in Petrolífera Dúcar and Petrologis Canaris is a Dutch ‘shell company’ company called Havorad BV. According to media reports, Havorad was administered by Arias Cañete himself between 1996 and 2000. Two companies currently owned by Havorad are run by members of Miguel Domecq Solís’ family. Miguel Domecq Solís is also one of the four current directors of Havorad. The multiple links between Havorad and Arias Cañete’s family have led Spanish newspapers to conclude that Havorad is fully controlled by the family. If that is the case, Arias Cañete’s family controls 73 per cent of the shares in Petrolífera Dúcar and 79 per cent of the shares in Petrologis Canaris.

Friends of the Earth Europe concludes that Arias Cañete’s personal divestment is by no means sufficient to change the fact that his family remains deeply involved in both companies.

Shortly before his confirmation hearing on 1 October, Mr Arias Cañete’s declaration of financial interests to the European Parliament was updated to include an additional job as president of Partido Popular’s election committee, a position that earned him between €1000 and €5000 per month.

During the hearing, Arias Cañete denied he had any direct conflicts of interest himself or via his wife and son. He reported that his son had stepped down from the petroleum companies in question. However, major questions remain about the role of his brother-in-law and his interests in energy firms.

The Parliament has not ratified Arias Cañete's nomination and he will be called back for further questioning next week. The Legal Affairs committee will also look into issues relating to his declarations of interest.

CEO remains of the view that Arias Cañete is not a suitable candidate for commissioner and should be replaced. Further information on Arias Cañete is available at the Friends of the Earth Europe website.