This year, COP25 in Madrid is bankrolled by some of Spain's biggest polluters and others heavily invested and involved in fossil fuels. In addition to their climate crimes, many have been tied to human rights and worker abuses around the globe. Sponsorship not only allows these corporations to wrap themselves in the green branding of the COP, but it also increases their access and influence over negotiations.

CEO, alongside Corporate Accountability, OMAL and Ecologistas en Acción have produced an infographic as well as a more in-depth fact-file. 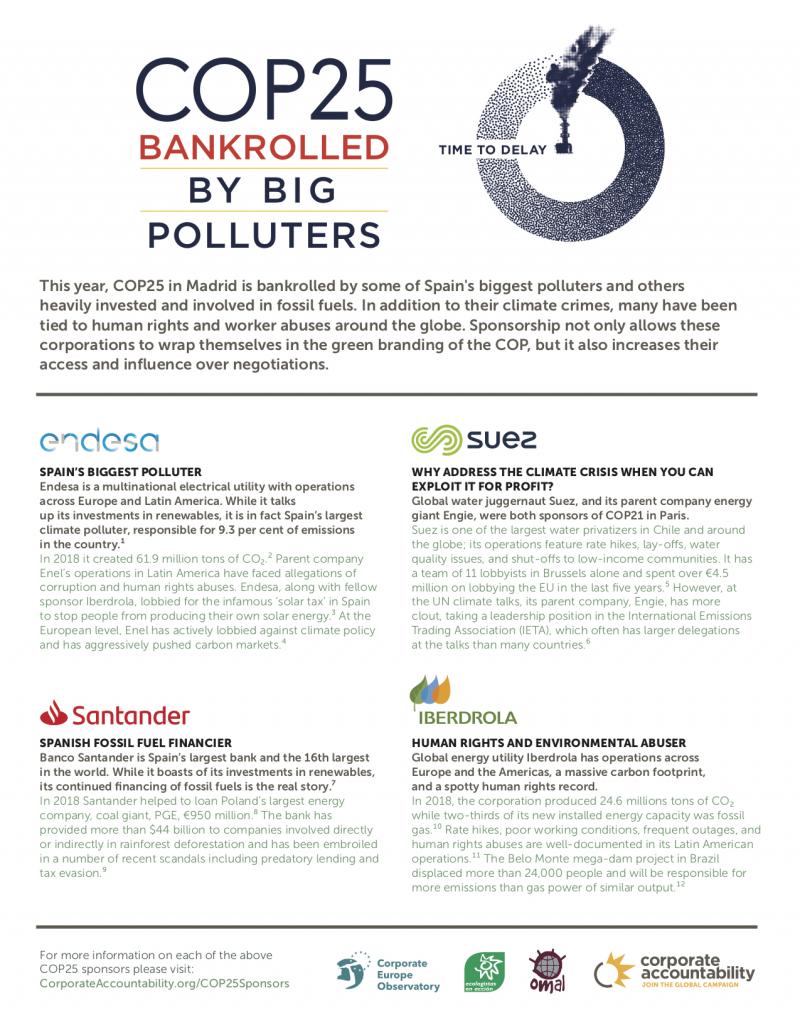 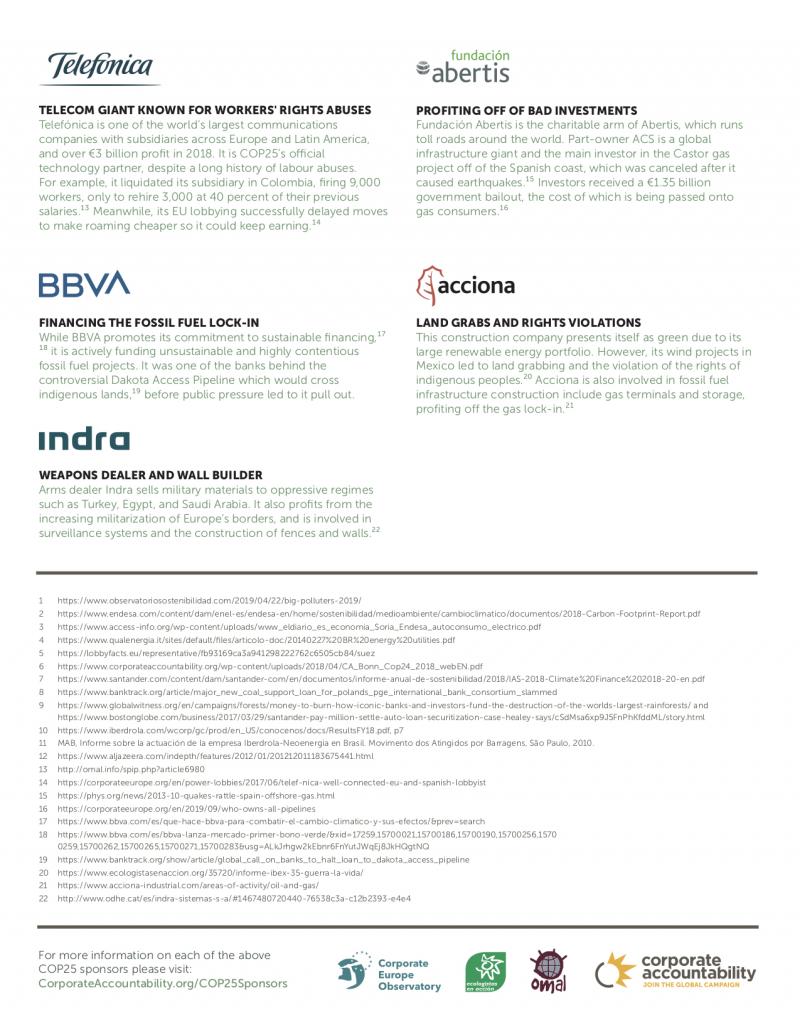