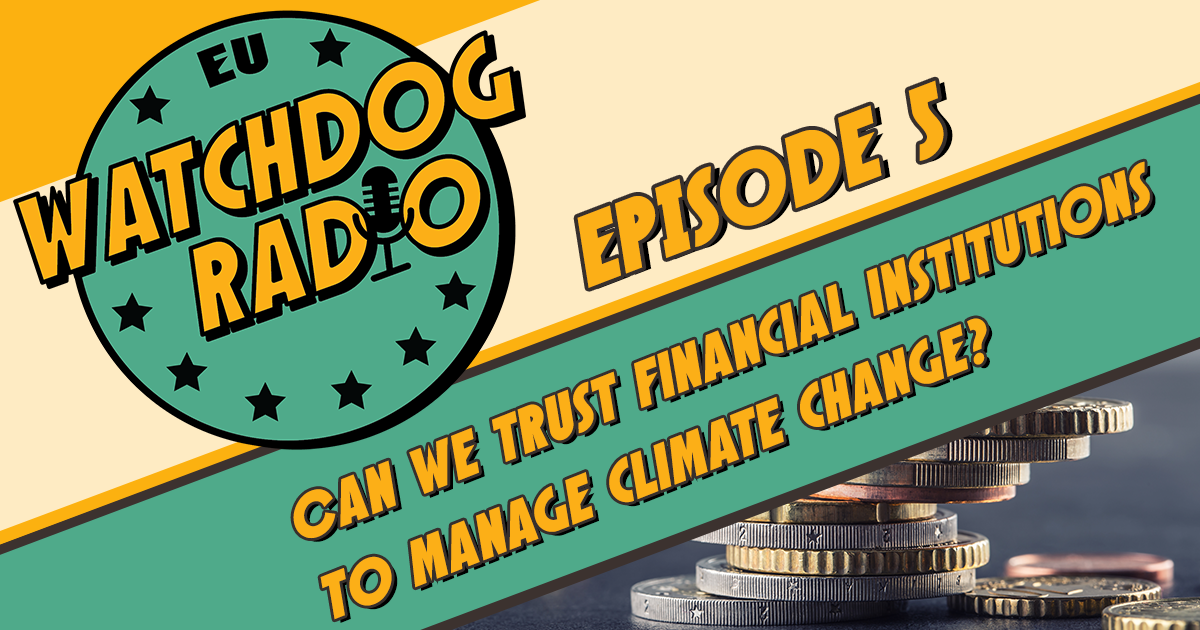 Can we trust financial institutions to manage climate change?

EU Watchdog Radio is a new podcast hosted jointly by CEO and Counter Balance. In the fifth episode, we talk with two experts from civil society organisations about the role of big financial institutions or companies in the economic recovery and Green Deal. Red line: there is enough money to finance climate proof and socially just change, but we need more scrutiny of how and where that money is being used.

Xavier Sol from Counter Balance talks about the problems the European Investment Bank (EIB) has with preventing fraud and corruption. The EIB is one of the largest public investment banks in the world and basically the financial arm of the European Union. The bank will play an important role in the economic recovery plans of the EU by pumping an extra 200 billion euro in the economy and wants to become the EU’s Climate Bank. But according to new reports it is not up to the task in tackling fraud and corruption and for example European law on anti-money laundering does not apply to the EIB.

Kenneth Haar from CEO talks about the growing power investment company BlackRock seems to have over European policies. BlackRock, one of the most powerful financial companies in the world, which manages over €6 trillion in assets, is known to be a key investor in fossil fuels. Still Blackrock once dubbed ‘the company that owns the world’, recently received a contract from the European Commission to provide paid advice on the integration of social and environmental objectives into European banking regulation. This is not a good match. Given the prominent role expected from private finance in the European Green Deal, we seem to be off to a bad start.