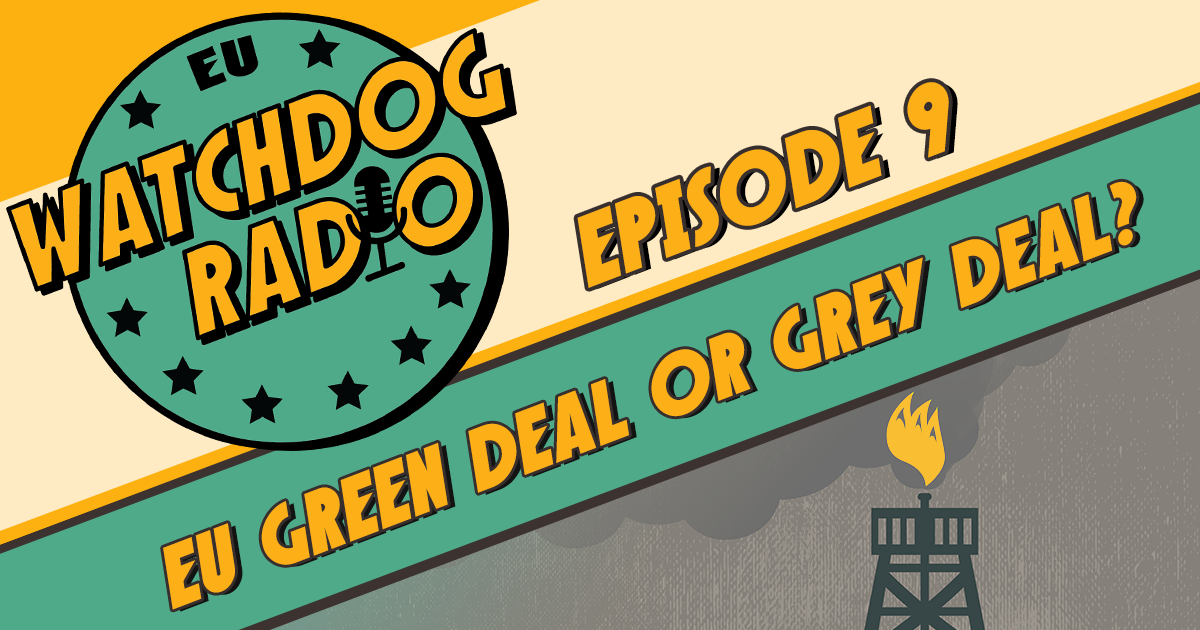 In this ninth episode, Belén Balanyá and Lala Hakuma Dadci both researcher and campaigner at Corporate Europe Observatory, take a step back and have a critical look at what is happening with the EU flagship project the EU Green Deal (EGD).

The EGD could be one of the most important and hopeful EU policy initiatives. It is testimony to civil society and citizens movement's impact. Excluding public investment funds to fossil fuel industries is key to foster a sustainable and just transition. But it seems the very active fossil fuel lobbyists are very happy with the long term European aim of carbon neutrality by 2050; In the mean time they have secured massive support for gas and hydrogen. The Hydrogen strategy, part of the EGD, confirms that the EU will continue supporting the use of fossil gas, a fuel as bad for the climate as any other fossil fuel.

in the first 100 days of shaping the EGD, top Commission officials in charge of this priority, have met 151 times with business lobbyists, more than eleven times a week, while keeping hardly any records of these meetings. Worse than the high lobby-numbers is the fact that there is virtually no transparency on what is being discussed.

Out of 56 meetings of lobbyists with Commissioner Timmermans and his Cabinet for which CEO requested minutes under the Freedom of Information rules, the EC claims to have only minutes of three meetings. Many of the unrecorded meetings are with fossil fuel industry which has big stakes in shaping the EGD, such as Shell, Eurogas, PGE, Cefic, Eni or Gas Infrastructure Europe. CEO will be challenging this malpractice with the EU Ombudsman.