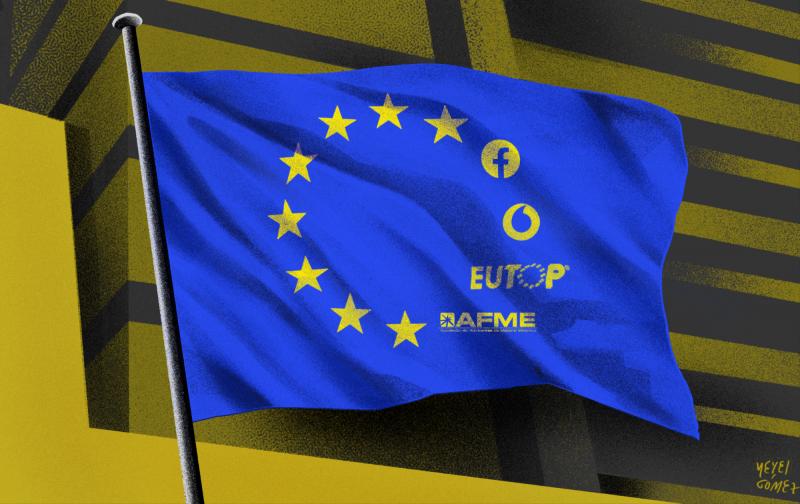 Seven years after the adoption of new EU Staff Regulations – the rules that govern all EU institution staff – a new publication by Corporate Europe Observatory reveals that the rules to handle revolving door cases of EU officials are being poorly implemented. The article shows that almost all EU officials who wish to take on a new job, and who are required to seek authorisation, are allowed to accept the role. Only 0.6 per cent of applications from Commission officials to take on new work were rejected in 2019, a staggeringly low figure.

The new rules were adopted in 2013 to help curb conflicts of interest which could arise when public officials and corporate lobbyists enter and leave through the revolving door.  These rules seek to protect public interest decision-making, and yet their implementation has been lacklustre.

The new report 'From Facebook friends to lobby consultants: EU revolving door rules not fit for purpose' shows that three EU officials are allowed to take up lobby jobs, even when there is a serious concern about conflicts of interest. Rather than ban these moves outright, which is permitted by the rules, the institutions instead impose “restrictions” that are in reality neither enforceable, nor monitored. Arguably some are impossible to follow.

The report describes three specific revolving door cases to show how the institutions fail to put the regulation into practice:

Corporate Europe Observatory concludes that in order to properly implement the Staff Regulations, these three jobs should have been rejected by the European institutions.

These examples also echo the case of Adam Farkas, former Director of the European Banking Authority (EBA), who was permitted to become Director of the key financial lobby group Association for Financial Markets in Europe (AFME), with only a weak set of unenforceable restrictions put in place. The European Ombudsman has ruled that this revolving door move should have been rejected and that the rules should be tightened. It is now abundantly clear that the EBA is not the only EU office where changes are urgently needed.

"The analysis clearly shows that the EU revolving door rules are not fit for purpose. In all three cases, EU officials were allowed to leave their public office and immediately take up lobbying or public policy jobs. When we compare that to the staggeringly low rejection rate of applications for new paid activities by staff it is clear that this is a systemic problem. There is an unwillingness to tell individuals that proposed new roles which represent a conflict of interest are unacceptable. It is clear that the EU ethics rules need to be strengthened and properly implemented.”

•       During unpaid leave, officials can ask for authorisation to take up employment. Authorisation should not be granted for “an occupational activity, whether gainful or not, which involves lobbying or advocacy vis-à-vis his institution and which could lead to the existence or possibility of a conflict with the legitimate interests of the institution”. Once leave expires, officials “must be reinstated” in the first post that is equivalent in grade and for which they are qualified.