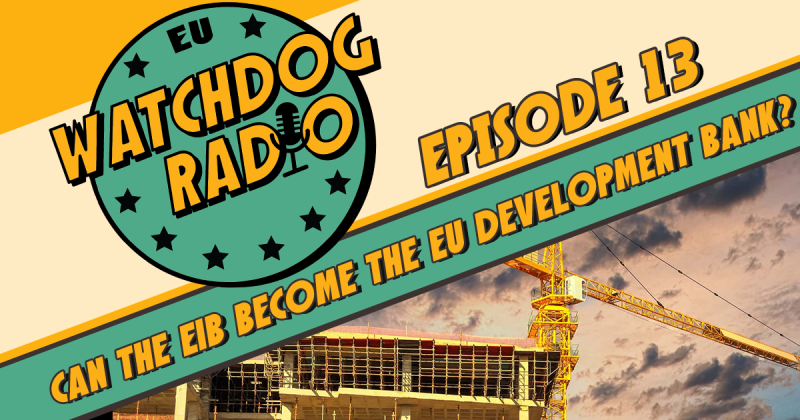 Can the EIB become the EU Development Bank?

In this new EU Watchdog Radio episode, Xavier Sol, director at Counter Balance discusses the role of the European Investment Bank (EIB) outside of Europe and the bank’s intention to become the ‘EU Development Bank’.

A new report published by Counter Balance and CEE Bankwatch Network   however shows that the Bank is not yet fit for the task. The report titled 'Can the EIB become the 'EU Development Bank?', exposes the EIB’s poor track record on human rights, superficial due diligence and monitoring of its project on the ground. Overall, a fundamental critique is that it supports an outdated development model that relies too heavily on leveraging scarce public funds to trigger private investments

If the EIB wants to be a credible candidate for the “EU development bank” seat, the bank would have to deeply reform its policies and procedures so that it can become more accountable, transparent and sustainable.

Many of the challenges identified in the report are also relevant to other development banks who are gathering this week for the first of its kind 'Finance in Common Summit' to discuss the future role of public banks.