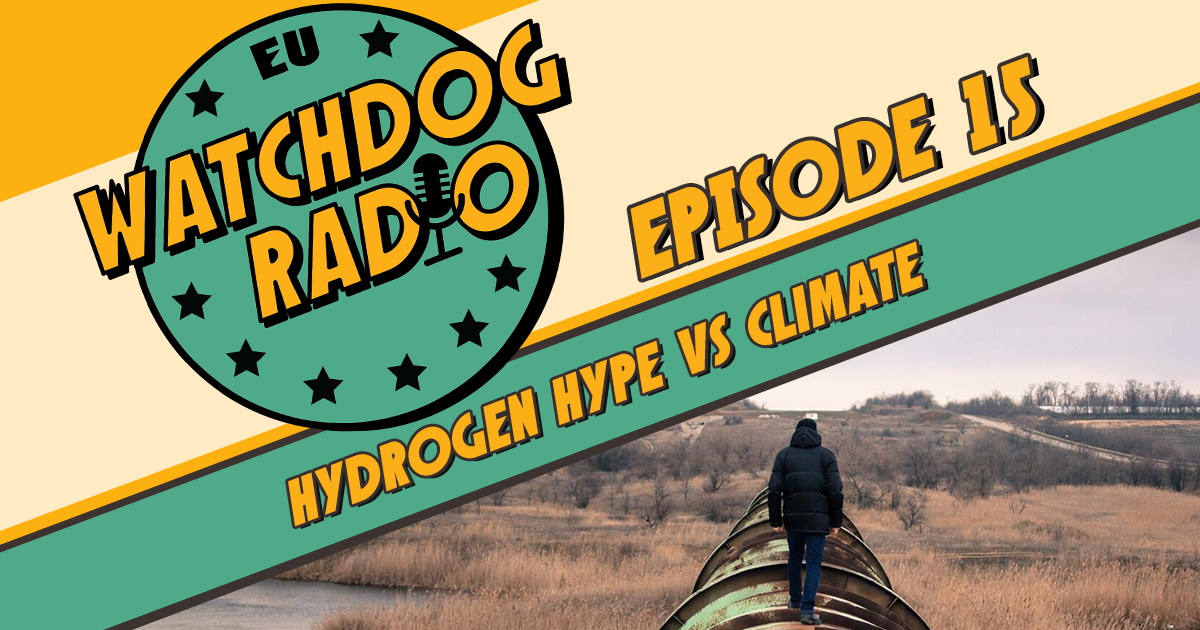 The Hydrogen Hype vs Climate

In this year’s last episode of EU Watchdog Radio CEO-researcher and campaigner Belen Balanya, explains why and how hydrogen is being hyped as the new energy source in town that will solve all our climate related problems. She also explains why this hydrogen hype is probably one of the biggest green washing examples in recent history.

CEO recently published a new investigative report ‘The hydrogen hype: Gas industry fairy tale or climate horror story?’, together with two other NGO’s: Food & Water Action Europe and Re:Common. With this report the 3 NGO’s want to put the sensitive issue on the European political agenda: the incredible hydrogen hype and how this is basically a trojan horse for the fossil fuel industry.

While hydrogen is being hyped by fossil fuel companies, helped by the global Consultancy firm FTI and policymakers alike, this could be the final make or brake story for the European Green Deal and even for a European climate policy that will deliver the goals of the Paris Agreement, signed 5 years ago.