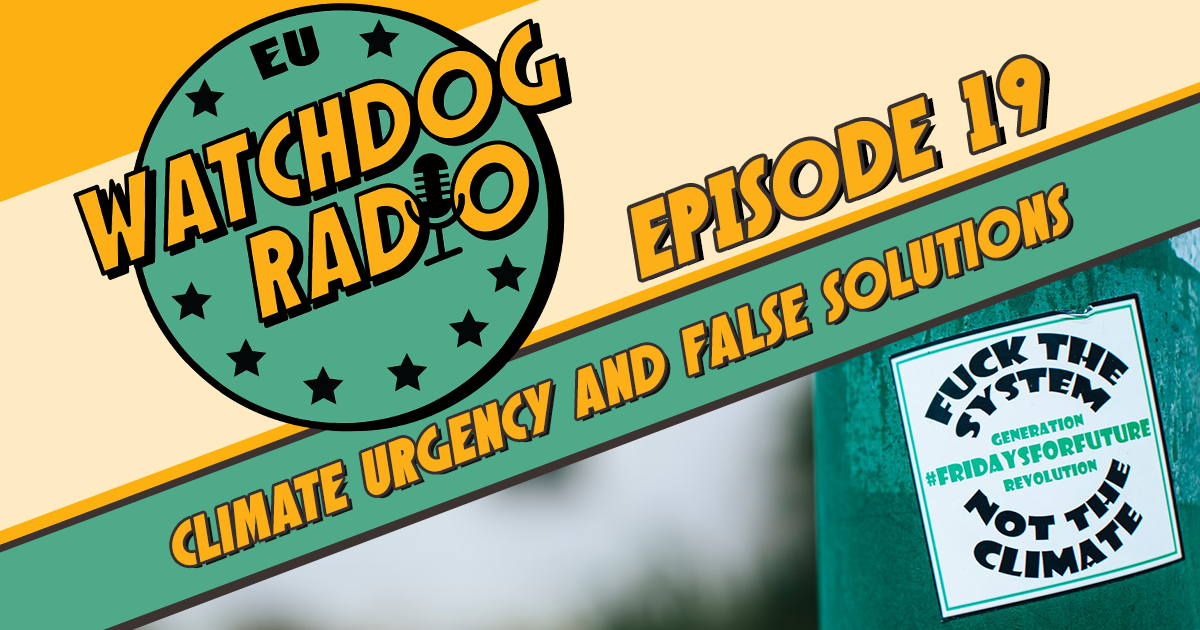 This new episode of EU Watchdog Radio is dedicated to the Global Climate strike on Friday 19th March. Two experts talk about how the current proposed climate policies are too oriented towards market-based solutions and are influenced by the same industry that created climate change: the fossil fuel industry.

In the year 2021, we have started the last decade we have to take urgent climate action.  The scientists of the IPCC told us we have ten years to curb  greenhouse gas emissions. Therefore the European Union has declared climate policy the alpha and omega via it’s so called Green Deal. The new US administration has declared more or less the same. And so many other governments around the world also claim to take the climate urgency serious. So far so good?

Flora Sonkin, Policy Research Officer on Financing for Development at Society for International Development (SID), explains why the strong focus on financialisation in climate policies is a very risky path to go. Sonkin argues that neoliberal policies have weakened states’ capacities  to handle the first shocks of climate change.

CEO-researcher and campaigner Pascoe Sabido explains why the fossil free politics campaign was launched end of 2019 and why getting the fossil fuel industry out of decision making has become more urgent and needed than ever. As climate change is a big market failure, it is pretty crazy to turn to the same markets for climate solutions.