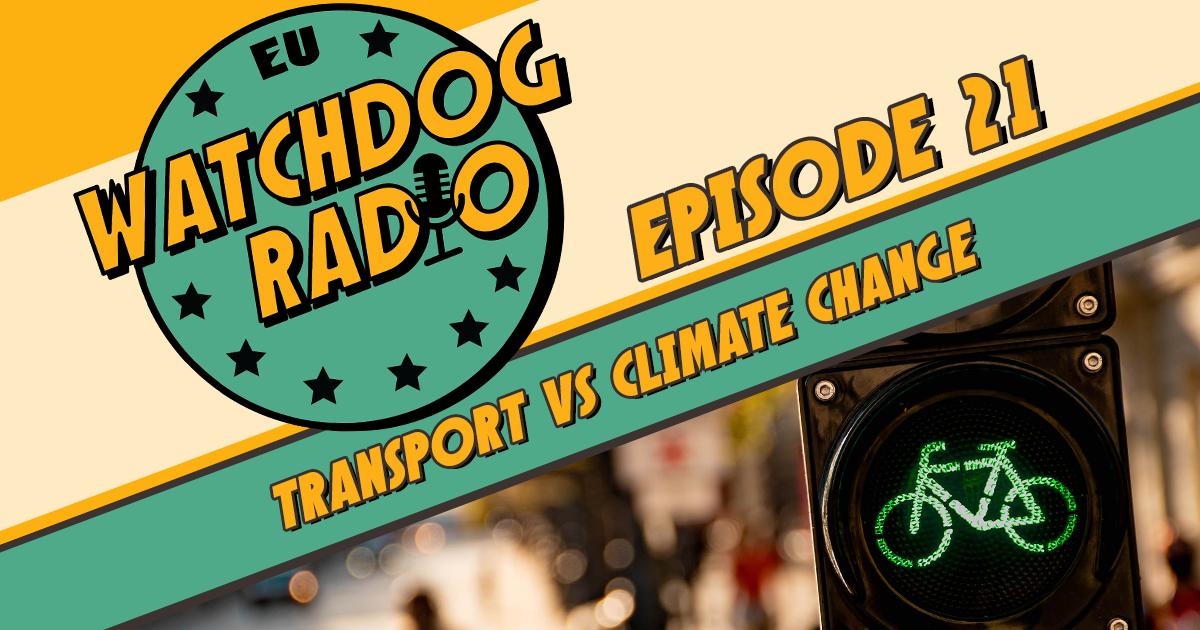 In this new episode of EU Watchdog Radio we dive into the issue of plains, trains, cars and bicycles aka transport policy and why this is such a powerful issue in the context of climate change and healthy societies.

Since the lockdown many plains stayed on the ground, which from a climate perspective is a good thing. The pandemic learned us that we need to change certain ways in which we live, travel and consume. While even governments and policymakers acknowledged this need, they pay out billions of euro to aviation companies via bailouts…

And for example if we know that flying is extremely harmful for the climate why do we still get offers to fly very cheap from Brussels to for example Barcelona? Why is the same journey by train much more expensive and why are there still hardly any nighttrains ? What about the need for a Railway Rennaissance?

A month ago new research released by the European Environment Agency  showed that rail is the greenest mode of transport and called for short-haul flights in Europe to be replaced by trains to help tackle the climate crisis.

And if we know that more roads lead to more traffic jams, more air pollution and more health problems and casualties – already at 400.000 a year in Europe – why is the European Investment Bank still financing the construction of roads – even cutting through ancient forest, like with the A49 in Germany? This at a time where the EIB declared itself as Europe’s Climate bank.

In this podcast we ’ll be asking these questions to Lorelei Limousin from Greenpeace and Clara Bourgin from Counter Balance and getting some clear cut answers. To give a hint: powerful lobbies from for example the car and aviation industry do play a role here.