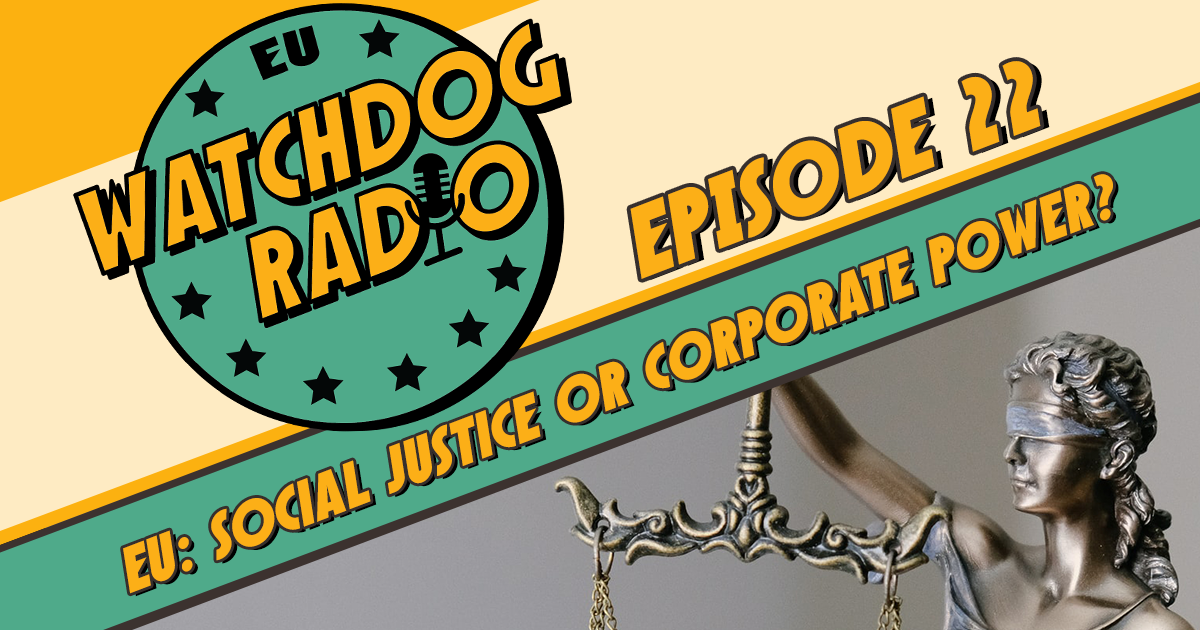 In this new episode we put spotlights on the European Union as an economical superpower and how the EU regulates - or not - corporate power. The European way of doing (geo)politics is often described as ‘soft power’. But the impact of European businesses in other parts of the world – as well as in the EU itself - is often not so soft; As corporate behaviour often leads to human rights violations and destruction of ecosystems. So how is the EU dealing with issues like environmental justice, social rights and corporate power in a time when globalisation is being reviewed critically?

Because what big European corporations and multinationals are contributing to along their global values chains, is often in stark contrast with the so called ‘European values’. Think for example the connections of the meat industry and supermarkets with the destruction in the Amazon forest. Think people in Bangladesh, risking their lives in unsafe factories for the European textile industry. Or think farmers in Nigeria who basically lost their farmlands and livelihoods due to operations of fossil fuel company Shell.

In this episode we talk to Jill McArdle, Corporate accountability campaigner at Friends of the Earth Europe; She explains what is going on behind the scenes with the announced European law that potentially could hold European companies accountable for what their sub-contractors are doing in Bangladesh, the Amazon or Nigeria. This law has great potential for victims of wrong doing by European companies abroad. She explains tactics and arguments of corporate lobbies against this new law; This corporate lobby was described in a recent report called “Off the Hook?” published by Corporate Europe Observatory (CEO), the European Coalition for Corporate Justice (ECCJ) and Friends of the Earth Europe. The new EU law on due diligence is expected for October this year.

We also listen to CEO-researcher Pia Eberhardt who uncovered another massive lobby campaign in a new report called “Conquering European courts”, which is about exactly the opposite: make the EU to propose new legislation, giving more and new legal powers to corporations, which they could use to undermine public interest regulations.

Analysing dozens of documents obtained through freedom of information requests, the report reveals how banks like German Commerzbank, lobby groups like the Association of Large French Companies, BusinessEurope as well as corporate lawyers and lobby consultancies are pushing for a new legal regime that would enable industry to bypass national courts when settling disputes with EU member states. Big business’ key demand is a new EU court for corporations, as well as substantive rights, which could ultimately put governments off regulating in the public interest. This new legislative proposal is expected for November this year.