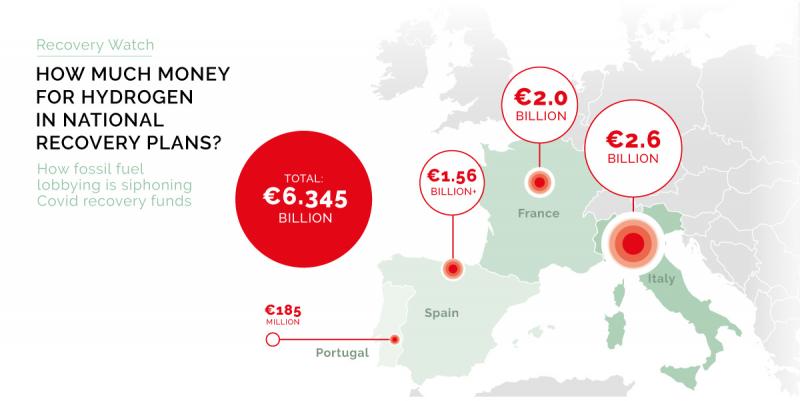 Hijacking the Recovery Through Hydrogen

The European Commission said it wants to avoid giving billions in bailouts to the fossil fuel industry like it did in 2008 - but it’s doing just that: In Italy, France, Portugal and the Spanish State, €8.3 billion of EU recovery funds will be spent on hydrogen and renewable gases, thanks to fierce industry lobbying at national and EU level.

**Read the report in English, Spanish and French**

The outsized role for hydrogen and renewable gases is thanks to a concerted lobbying effort from the fossil fuel industry, who see it as a lifeline for their business models, as well as one of their main products: fossil gas.

The investigation - a collaboration between Fossil Free Politics and the European Network of Corporate Observatories (ENCO) - found the fossil fuel industry enjoyed a prolific number of lobby meetings with ministers and senior government officials, was involved in high-profile events with key decision makers and was even invited to draft - and now implement - national recovery plans.

Not only is the EU handing public money to an industry notorious for trying to block and delay climate action, but the over-emphasis on hydrogen could lock Europe into decades more of fossil fuels.

The report also marks the launch of the ENCO ‘Recovery Watch’ project, investigating how big business is influencing recovery plans at national and EU level and is seeking to capture the recovery funds for corporate interests. 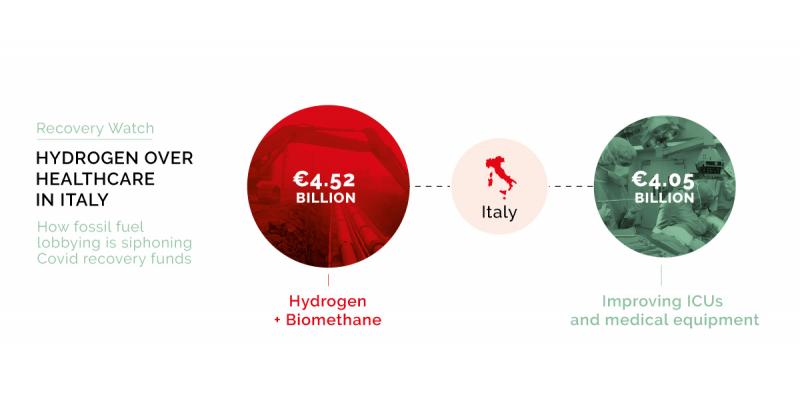 In the Spanish State: 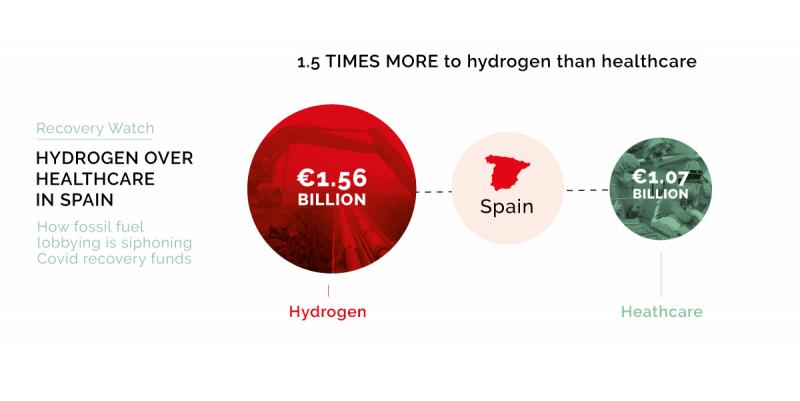 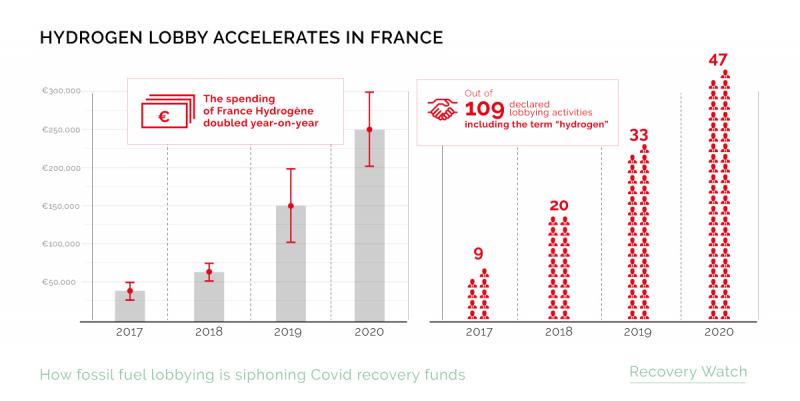 At the EU level:

As the report shows, industry has been aggressively lobbying at the national and EU level not just for ‘green’ hydrogen and biomethane but also for ‘blue’ hydrogen and CCS. And despite the Commission appearing to exclude them from EU recovery funds, there are still other European and domestic funds available to support these fossil fuel projects. Expect lobbying at the national level to intensify, with recovery funds being released by the EU from the second half of July.

The only path to a fossil-free recovery that prioritises social and environmental justice, rather than pouring more public funds into polluting corporations’ pockets, is to cut the fossil fuel industry out of public decision-making processes at the national, EU and international level, similar to existing restrictions on the tobacco industry. 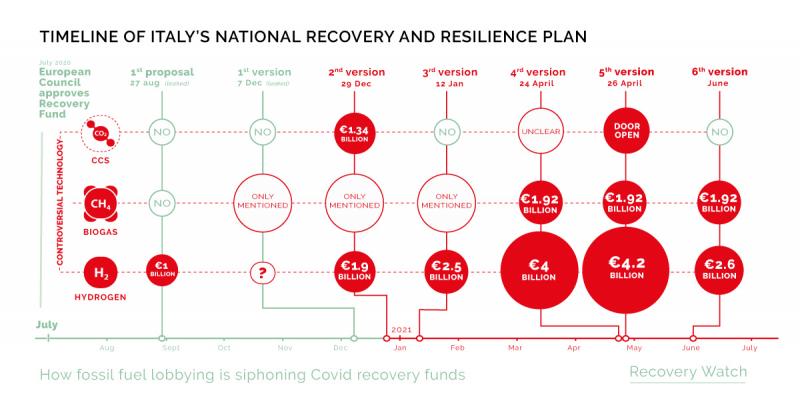 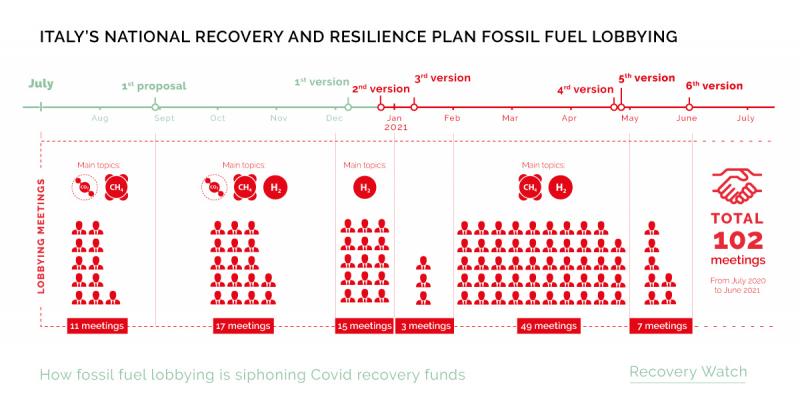 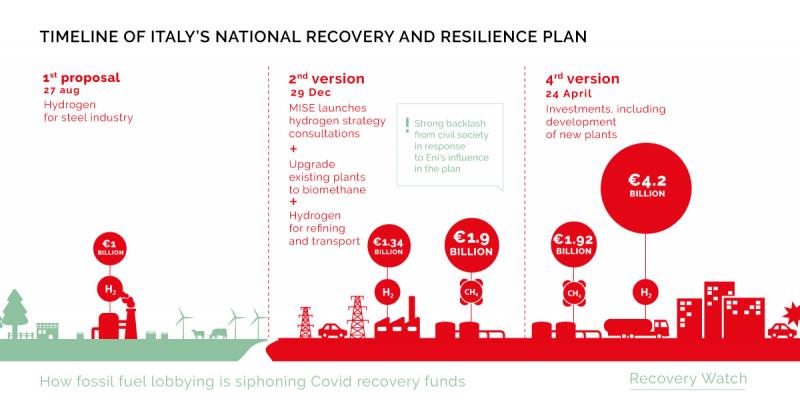