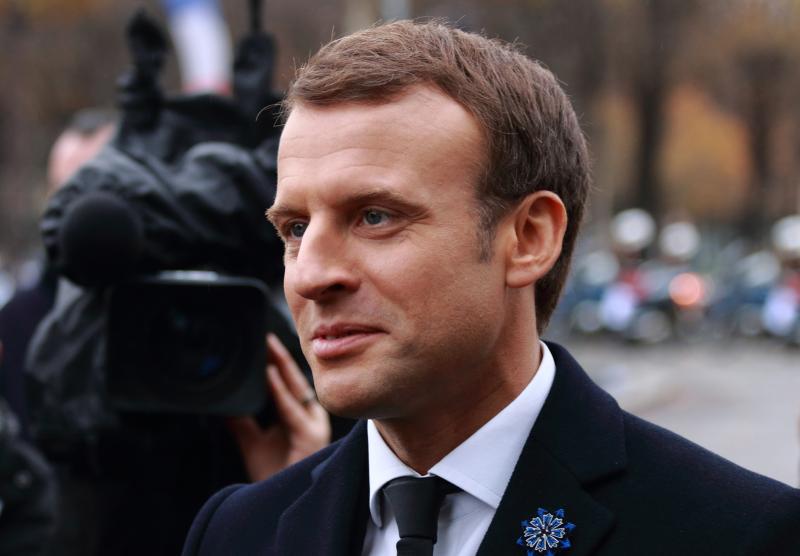 Press release: Emmanuel Macron has announced France's priorities for its rotating presidency of the Council of the European Union in the first half of 2022. Behind the sometimes grandiloquent speeches on European values and sovereignty lies above all the assumed choice of massive support for large industrial interests. This announcement does not bode well for the EU, in a crucial period where European institutions and member states need to make tough political choices on where to invest hundreds of billions of recovery funds. With Macron’s choices the EU is on the road for more corporate capture of policy making instead of less.

In his speech presenting the priorities of the French Presidency of the European Union (PFUE), Macron insisted on the development of a 'new model of growth and investment'.

This growth model must be translated into new ‘investment plans’ and the development of new ’industrial alliances’ in sectors such as hydrogen, batteries, digital, space, or defence, to allow the emergence of European ‘champions’. These ’investment plans’ - meaning a new wave of massive public aid flowing to large companies - are presented as the only possible response to the challenges facing Europe and France: the climate crisis, social inequalities, the identity of the old continent and its place in the world.

The French Government also confirmed on this occasion that, despite criticism from all sides on this practice, it had signed a sponsorship agreement for the PFUE with two large private companies, the Renault and Stellantis (formerly PSA) car groups.

These announcements confirm the orientation taken since the beginning of the preparation of the French Presidency of the EU: the choice of a close collaboration with industrialists and their lobbies.  This is what two lobby watchdogs Observatoire des multinationales in Paris and Corporate Europe Observatory in Brussels highlighted, based on concrete examples concerning lobbying meetings, revolving doors, and events co-organised with lobbies, in their October report Under the influence, Is France’s EU Presidency already captured by corporate interests?.

Olivier Petitjean, researcher at Observatoire des multinationales said: “Emmanuel Macron's speech contained hardly any mention of improving democracy and transparency. Rather than deepening European democracy and listening to the aspirations of the continent's citizens for a real change of model, the French Government has chosen the path of ever closer collaboration with industrialists in order to prioritise massive investments in sometimes highly questionable technologies. It thus risks, contrary to its stated objectives, aggravating the growing mistrust of the EU and its alleged complacency with the economic lobbies.”

Vicky Cann researcher at Corporate Europe Observatory said: “It seems we can drop the question mark from the title of our first report in October. That is rather bad news for the EU as a whole and especially the sustainability ambitions of the well-financed Green Deal and the Resilience and Recovery Fund. This has played out this week with the Green Taxonomy file, where France has been pushing to get nuclear and gas into the criteria for sustainable investments.”

On 20 December, Observatoire des multinationales and Corporate Europe Observatory will publish a new report, offering a complete picture of the dominant role played by industrial interests in the preparation of the PFUE, as well as a detailed analysis of the major orientations of the French Government on issues such as climate and nuclear energy, digital technology, defence, and health.

For more information and interview requests: