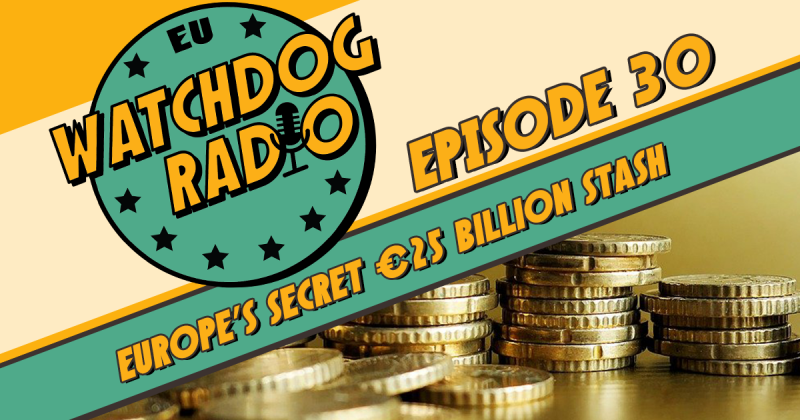 In the latest episode of EU Watchdog Radio, we discuss the European Guarantee Fund (EGF), a secretive €25 billion fund created by the European Investment Bank (EIB), ostensibly to help European businesses in the wake of the Covid-19 pandemic.

The fund aims to use the €25 billion invested by the EIB to inject   €200 billion into the European economy. Yet while this may sound good in principle, systemic problems abound with the EGF.

Firstly, the EGF itself is so mired in secrecy that it is difficult to assess its actual impact. From who makes the decisions to who finally benefits, substantial amounts of public money are being disbursed with zero public scrutiny. Given how little information is publicly available on the EGF, even assessing whether the fund makes a difference or not to the European economy is problematic. It’s possible that similar results could have been achieved without the use of public money. Only time will tell if the EGF is a hidden bailout for the financial sector, or if it creates economic breathing space for small businesses across Europe.

Both the EIB and private banks hide behind corporate confidentiality to justify this lack of transparency and dodge public scrutiny. Yet the information they claim to be protecting to preserve corporate competition is often available on private databases which businesses can pay to access.

This lack of transparency also could be hiding the fact that the EIB is providing large banks and investment funds with access to massive credit lines, guarantees and other complex financial instruments with few strings attached. This is despite the EGF being designed in theory to support small and medium sized businesses in Europe.

The EGF is also being used to support risky financial engineering such as ‘asset-backed securities’ - a financial technique partly implicated in the 2008 financial crisis. This has been done without real public debate or democratic scrutiny.

We spoke to Counter Balance Director Xavier Sol to discuss the problems with the EGF in more detail.