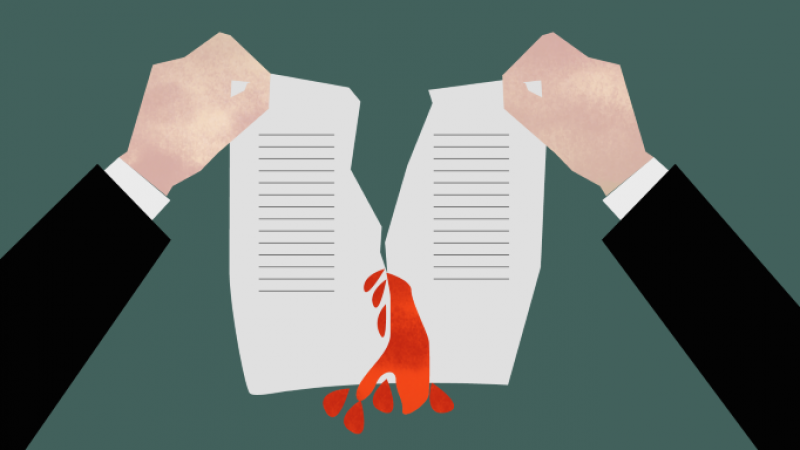 A new report by lobby watchdog Corporate Europe Observatory (CEO), Friends of the Earth Europe (FOEE) and Friends of the Earth Germany (BUND) has uncovered the astonishing extent to which pro-corporate voices - from both within and outside the European Commission (EC) - have succeeded in postponing and weakening a proposed EU law which seeks to hold big business accountable for human rights abuses and environmental damage.

The proposal - intended to prevent catastrophes like Rana Plaza in Bangladesh, where over 1100 textile workers lost their lives - risks making very little difference as it stands. Initially outlined in October 2020, it was urgent and ambitious until it was the subject of a campaign waged by business lobbies in Denmark, Sweden, Germany, France, and elsewhere. The Commission’s final proposal, published in February 2022, represents a worrying dilution of original ambition.

The final Corporate Sustainability and Due Diligence (CSDD) proposal gives companies lots of options to escape liability and makes it extremely difficult for victims to prove that a company acted wrongly. Far fewer companies are covered by the law and it excludes significant parts of the value chain. It also fails to make climate action part of companies’ due diligence obligations and doesn’t include obligations for short, medium, and long-term emission reduction targets. Nor does it allow companies to be taken to court in cases of failure to reduce emissions.

And it was the role played by the Commission’s own Regulatory Scrutiny Board (RSB) that ultimately secured this outcome. The RSB is made up of unelected officials who are charged with ensuring that new EU legislation does not damage business ‘competitiveness’ or become too ‘burdensome’. This approach risks sacrificing the social and environmental benefits of legislation to accommodate business interests.

The European Parliament must urgently take steps to ensure that the CSDD proposal recovers its original ambition to hold business to account for abuses in its supply chain: the deregulatory nature of the Commission and the RSB need to be entirely re-thought.

It’s simple: to ensure protection of human rights and the environment, we need strong laws. And we need them now.

“This law should first of all be about bringing justice to victims of corporate abuses. It fails to do that and risks becoming a ‘tick-the-box’ exercise where companies outsource their responsibility to others in the supply chain and escape liability."

“Big companies successfully lobbied to achieve that. The European Parliament and member states must ensure that the law will stop corporate abuses and bring remedy to those affected.”

“Corporate lobbies have successfully managed to head off an ambitious proposal that would have protected so many people in preventing climate catastrophes and human rights violations.

“The evidence in the report reveals a scary reality. Business interests specifically targeted the Commission’s Regulatory Scrutiny Board and it paid off. We need the European Parliament and EU member states to reverse the effects of what is, quite frankly, an inside job.”

The original proposal in February 2020 had several ambitious facets. They were:

The RSB and lobbying tactics