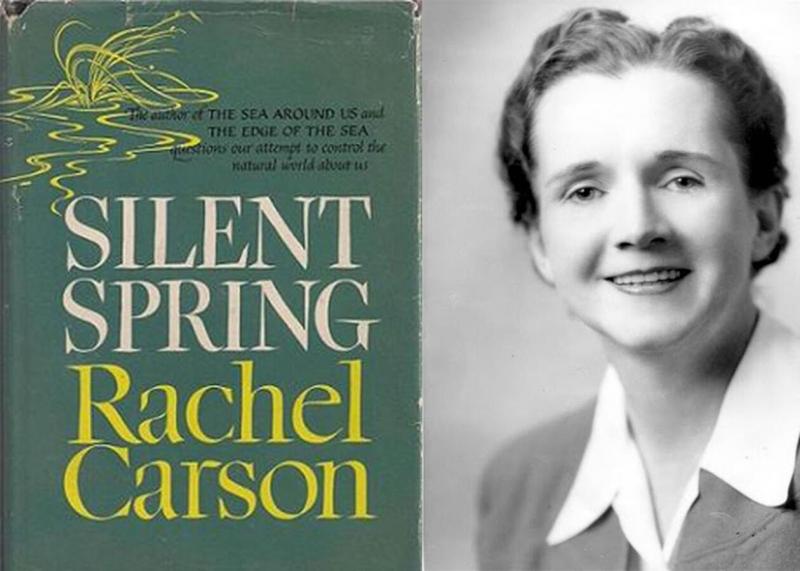 Event: Science, lobbies and the environment

We owe to Rachel Carson’s book "Silent Spring" the birth of the environment as a subject of public discourse and policies. Published 60 years ago, on September 27th 1962, the book created at the same time a new genre and a new sensitivity to environmental issues.

Carson's book documented the devastating ecological impacts of pesticides, a theme that is still hot today [1], [2]. She was fiercely criticized by industry lobbies, and chemical companies launched vicious anti-Carson campaigns. Corporate lobby groups continue today to deploy "science" to manipulate the public, as discussed by a recent book by investigative journalists and sociologists [3].

Watch the video recording of our event in honour of "Silent Spring" Here.

Corporate Europe Observatory and the University of Bergen have recently studied new strategies of regulatory capture played out in the public arena that mobilize an image of science and innovation to corporate advantage [3]–[7].

In the spirit of Rachel Carson, UiB's BeeCaution project and CEO were proud to jointly host a half-day international seminar aimed at policy makers, civil society, journalists, and scientists to discuss the new frontiers of regulatory capture and environmental conflict. This event was held on 6 October 2022 in Brussels. It also highlighted CEO's 25 years anniversary of exposing and confronting corporate power in the EU and beyond.

Watch the video recording of our event in honour of "Silent Spring" Here.

Centre for the Study of the Sciences and the Humanities (SVT), University of Bergen

For the last 65 years we have been on a pesticide merry-go-round: successive generations of pesticides are released and subsequently banned a decade or two later once the environmental harm they cause becomes evident. While pesticides are typically replaced by new ones, this new generation of chemicals often raises new and unanticipated risk concerns.

Risks that in retrospect required precautionary action have been systematically overlooked as a result of blind spots in overly reductionist risk assessment protocols. These protocols in are largely shaped by pesticide lobbies. Knowledge about risks that do not fit into such protocols (e.g. academic scientific studies in the peer-reviewed literature and knowledge regarding end-points not covered by the protocols) is often systematically downplayed, marginalised or ignored. Too often, coalitions of concerned scientists and societal actors have needed to step in and ‘break the script’ of routinised assessment and management processes in order to recognise key uncertainties and the potential for serious harm to human, animal and environmental health. Based on the results of the EU-funded project ‘REconciling sCience, Innovation and Precaution through the Engagement of Stakeholders’ (RECIPES), we can learn important lessons for the necessary reforms of environmental risk assessment frameworks and beyond.

Corporate lobbies fund and promote science and scientists that are selected or paid to back their narrative and interests. This – they hope – contributes to the credibility of their arguments, that for example manufacture doubt on the harmfulness or confirm claims of economic losses to their sector and to ‘innovation’.

New frontiers of regulatory capture involving an instrumental use of science have become visible. Here corporate interests from pharma to agro-chemical operate over several epistemic levels, from invalidating the evidence, the methodology or the legitimacy of regulators, all the way up to the more recent use of platform technologies to construct a vision of reality where regulatory 'interference' is to be restrained. What specific responsibilities pertain to scientists overall and to academia specifically?

The creation of the Environmental Protection Agency, in 1970, was one of the consequences of the alert launched by Rachel Carson on the damage of the indiscriminate use of pesticides on the environment and public health. Following this model, other countries have created their own agencies in charge of expertise. Initially opposed by the companies, most of these agencies have become over the years allies of the industries generating health and environmental risks. Today, the very existence of these institutions creates confusion between regulatory decisions and scientific consensus.

The second and third generations of pesticides were pushed onto Norwegian farmers, family gardeners and foresters by corporate interests, state institutions, branch organisations and broad membership associations, both before and after Silent Spring. How was this done in practice? And how was this system resisting reforms and voices of environmental concern?