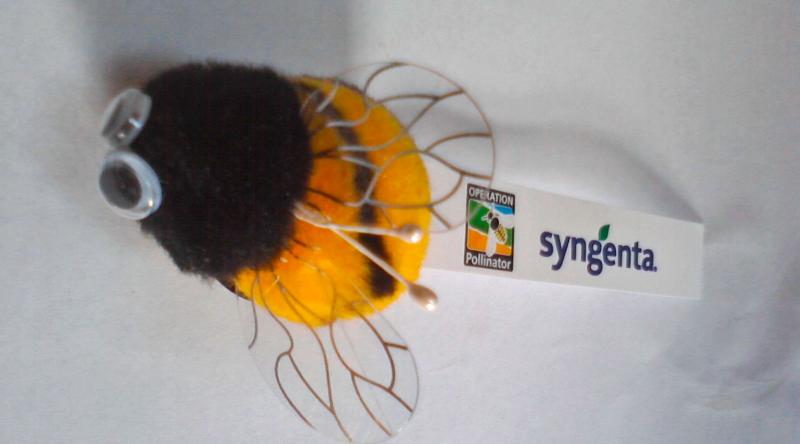 The crisis of dramatic bee population decline has been a top issue in media and political debate in Europe. A wide variety of culprits are under scrutiny, including certain parasites, viruses, pesticides and industrial agriculture. But new scientific evidence from British and French research institutions, published in Science in early 2012, suggests that neonicotinoids pesticides in particular might be one of the main drivers. Syngenta and Bayer, two companies producing these substances, are waging an all-out lobbying war against the proposed partial ban of these substances by the European Commission following EFSA’s (European Food Safetey Authority) opinion warning of the risk they pose to bees. Will the pesticide lobby succeed in convincing Member States to vote no to a ban?

Neonicotinoids are a class of insecticides that came onto the market in the mid 1990s and early 2000s. Many crops such as corn, soy, wheat or rapeseed are now treated with them. They are normally applied directly to seeds or in soil treatments, in an attempt to preserve seeds and plants from insect attacks at an early stage. As systemic pesticides, once in the seed, they enter the whole plant through its vascular system and are found in every plant tissue (leaves, flowers, pollen...); but they can also remain active in the soil for a long time (up to three years). Particularly controversial among the neonicotinoids are Thiametoxam, Imidacloprid and Clothianidin, substances patented by biotech and pesticide companies Syngenta and Bayer.

The French scientific study reported the loss of honeybee foragers caused by exposure to low doses of Thiamethoxam (Syngenta). The British study reported that low doses of Imidacloprid (Bayer) affected the colonies of bumblebees, reducing their development and their reproduction, including a dramatic loss of queens. Authors stated that, “given the scale of use of neonicotinoids, we suggest that they may be having a considerable negative impact on wild bumble bee populations across the developed world.”

In March 2012 the European Commission mandated the European Food Safety Authority (EFSA) to deliver a scientific opinion on a report that led Italy to temporarily suspend the placing on the market of maize seeds treated with neonicotinoids. In April 2012 the Commission broadened its request to include the new scientific evidence published in Science. In addition to Italy, Slovenia and Germany had already applied protective measures, including temporary suspensions or bans in certain uses of neonicotinoids.

In June 2012, the French Government announced its intention to withdraw the registration of Thiamethoxam. The pesticides industry immediately started putting pressure on the Commission. This was the beginning of a furious lobbying campaign; a series of letters sent by Syngenta, Bayer and the European Crop Protection Association (ECPA, the pesticides producers’ lobby whose members include Bayer, Monsanto, BASF, Dow, and DuPont / Syngenta) to the European Commission and EFSA, seen by CEO, have enabled us to reconstruct its story. Here are the main arguments used by these two companies:

The battle for Member States’ vote

The battleground is now at the European Member State level. On 15th March, at the Standing Committee on the Food Chain and Animal Health, the European Commission put to the vote a proposal that would restrict for two years the use of Clothianidin, Imidacloprid and Thiametoxam to crops not attractive to bees and to winter cereals, starting 1st of July (meaning this year’s crops would not be affected). It would also prohibit the sale and use of these pesticides to “amateurs”. This proposal was limited and criticised by farmers group and beekeepers for not being ambitious enough, but still failed to reach a qualified majority. It was supported only by 13 member states (Slovenia, Sweden, Poland, the Netherlands, Luxembourg, France, Spain, Denmark, Cyprus, Belgium, Italy, Latvia and Malta), while nine countries (Slovakia, Romania, Czech Republic, Portugal, Austria, Hungary, Lithuania, Ireland and Greece) rejected the proposal. The UK, Germany, Finland, Bulgaria and Estonia abstained.

The proposal will be retabled by Commissioner Borg at the Appeal Committee in the coming weeks, with a vote likely to occur probably on the 26th of April or the 2nd of May. If Member States again fail to reach a qualified majority supporting the proposal, the Commission would have the power to approve it. Meanwhile, the pesticides industry is lobbying Member States hard to try to reach a qualified majority to reject the proposal outright and thus block the ban. The coming weeks’ battle will be crucial: will industry interests prevail against bees’ survival?