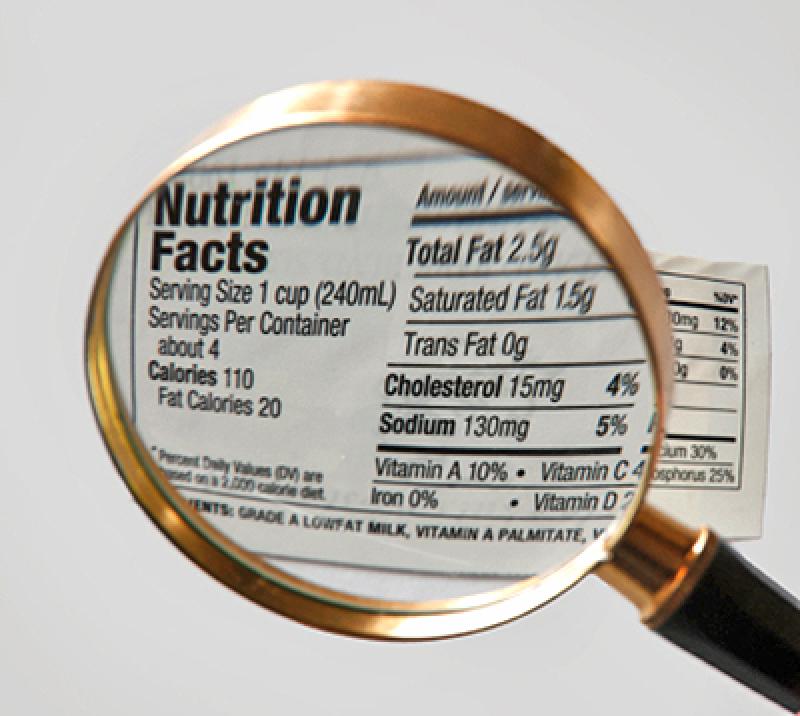 A discreet but important lobbying battle is currently being fought in Brussels over the labelling of nano ingredients in food products. Nano food ingredients are made from materials at a scale so small that this gives them very interesting properties for a wide range of applications, but also raises largely unanswered questions about their health and environmental impacts, making consumer information a key parameter at this stage of the technology's development. Some in the European Parliament are mobilising to reject a technical text by the Commission complementing a 2011 food regulation, because this text would exclude all existing food additives used in their nano form from being labelled. The food additives industry is lobbying MEPs with scare tactics, claiming that the Commission's text is required to avoid labelling of foods that have been produced for decades with conventional processes such as mayonnaise or instant coffee. Yet in fact, this is misleading as the 2011 regulation already clearly states it only covers nano materials manufactured with the intention to obtain effects specific to the nano scale. The final vote in the Parliament will take place next Wednesday 12 March.

UPDATE 13 March 2014: the European Parliament voted to reject the Commission's text by 402 votes to 258, with 14 abstentions. The resolution asks that all additives used in nano form should be labelled.

Nanomaterials are by definition materials whose size is in the nanometer scale (1-100 nm typically), the scale of most known viruses. Nanomaterials are increasingly attracting attention and research for a large range of applications – medical, military, industrial... – because the nanoscale often confers different properties to materials than they have in their bulk form. This difference however is also the source of great uncertainties about these compounds's health and environmental impacts.  Since many nanomaterials are already used in commercial products including food, labelling is seen as a way of giving a choice to consumers pending more research is done.

The EU's 2011 Regulation on Food Information to Consumers (1169/2011, “FIC”) states that “All ingredients present in the form of engineered nanomaterials shall be clearly indicated in the list of ingredients. The names of such ingredients shall be followed by the word 'nano' in brackets.” A rule that seems clear enough, yet the European Commission was delegated the power to define “engineered nanomaterials” more precisely. The Commission published its criteria, in a delegated act, in December 2013 to “amend and clarify” the 2011 Food Information Regulation.

The problem is that these new Commission criteria seem uniquely restrictive. The Commission's Directorate General for Health and Consumers (SANCO), in charge of the file, came up with criteria so narrow that only new additives will be labeled, arguing that “indicating such food additives [ed: already approved in the EU] in the list of ingredients followed by the word ‘nano’ in brackets may confuse the consumers as it may suggest that those additives are new while in reality they have been used in foods in that form for decades”. This is in line with the lobbying of the food additives industry, which disingenously argues (see below) that unintentionally produced or naturally occurring nanoparticles will lead to unnecessary labelling of foods whose recipe hasn't changed for decades.

Moreover, the new Commission criteria defines the labelling threshold, i.e. the proportion of nanoparticles in the product above which labelling would be required, at 50%, a level critics say would let the vast majority of products off the hook. The Commission's Scientific Committee on Emerging and Newly Identified Health Risks – SCENIHR – had actually defined such a threshold at 0.15% in December 2010, but the Commission considered in an October 2011 recommendation that the threshold should be “higher” than the SCENIHR's “given the widespread occurrence of materials that would be covered by such a threshold and the need to tailor the scope of the definition for use in a regulatory context”. The Commission stated that “a nanomaterial as defined in this recommendation should consist of 50% or more of particles having a size between 1 nm-100 nm”. Why 50%? No reason was provided – the figure seems arbitrary (and industry-friendly) – but the Commission stuck with it in its December 2013 delegated act.

Many in the European Parliament are furious about the Commission's moves to dilute the consumer labelling information on nanomaterials and its ENVI Committee (Environment, Public Health and Food Safety) recently approved, by a large majority, a resolution to reject the Commission's delegated act entirely; the only option left to defend the nanoparticle food regulation at this late stage of the legislative procedure. The authors of the resolution, parliamentarians from all major political groups in the Parliament, judge that the Commission's text “violates the basic aim of the Directive [Regulation 1169/2011] to pursue a high level of protection of consumers health and interests by providing a basis for final consumers to make informed choices”. The Parliament's final decision still needs to be reached by a plenary vote, expected on March 12. A qualified majority is required to approve the resolution.

Why have we ended up in this situation? The Commission now runs the risk of seeing years of work thrown in the bin for having taken such a controversial approach in watering down the consumer labelling requirements. Could the culprit be excessively 'successful' lobbying by concerned industries? Indeed, many lobbying battles are won or lost at the definition stage, as defining the problem frames the debate, determining on whose shoulders the burden of damage control will fall. In the words of the main industry lobby group concerned with this issue, the Federation of European Speciality Food Ingredients Industries, ELC, “it is of paramount importance that the impact of the definition applying to food & food ingredients for regulatory purpose be carefully measured before it is implemented.”1

While the exact degree of influence of ELC's lobbying over the Commission is difficult to assess, it seems that the lobby group has managed to win its most important demand (only new additives shall be labelled). Whatever the case, it is telling that the Commission's text is largely supported by ELC, who is lobbying MEPs to urge them to reject the Resolution against the Commission's text. The summarised meeting minutes of a working group within SANCO's Advisory Group on the Food Chain and Animal and Plant Health on that very topic, held last May 2013, and with industry lobbyists as the only participants, also show that the food lobby FoodDrinkEurope, ELC and the chemicals lobby CEFIC generally supported the Commission's proposal, though with differences. The only NGO able to contribute to this discussion – BEUC, representing consumers – had only sent critical written comments, a reflection of the usual capacity discrepancy between industry and the rest of civil society to follow such technical issues in the long run.

ELC's main lobbying argument to reject the Parliament's objection is it would lead to the labelling of “a huge number of foods and food ingredients produced for years by conventional food technology methods” such as mayonnaise, instant coffee, milk, sauces and all sorts of powdered foods. In other words, unintentionally produced or naturally occurring nanoparticles. However, this is highly misleading: the original regulation (FIC) already defined “engineered nanomaterials” very clearly as “any intentionally produced material that has one or more dimensions of the order of 100nm or less” with “properties that are characteristic of the nanoscale”, therefore “properties that are different from those of the non-nanoform of the same material”. No unintentionally produced ingredient could therefore ever be labelled as a consequence of the Commission's act being rejected, and ELC is just trying to scare MEPs with misleading information.

The interests ELC is defending here have little to do with the rights of consumers to be given meaningful information. Its 2011 position paper was clear in that respect: “Given the high risk that a nano-labelling be perceived by the consumers as a warning labelling, such labelling shall be reserved to new substances that do exhibit nano-characteristics[.]”

Why does the ELC want to avoid labelling existing nano-ingredients? ELC's real objective is indeed to prevent the labelling of a range of food additives already used by the food industry (titanium dioxide, iron oxide, silver, gold, silicon dioxide and many more) whose properties and health impacts are still largely unknown, attracting legitimate worries about possible side effects on human health or the environment. ELC demands that any labelling of these should wait for their evaluation by EFSA, mixing up risk assessment and consumer information considerations as a tactic to delay any labelling. This despite the fact that the original regulation is merely about clear consumer information, not risk assessment.

Another intriguing point in ELC's arguments is the 50% threshold. When the Commission had first come up with it in 2011, ELC called the figure “arbitrary” - which it seems to be. However, in order to defend the Commission's text, ELC now considers that this threshold “respects analytical challenges to enforce the rules by national authorities” and therefore “contributes to reliable and accurate implementation of the legislation at national level”. This is how facts are treated in the lobbying world: interpreted depending on the direction of the wind...