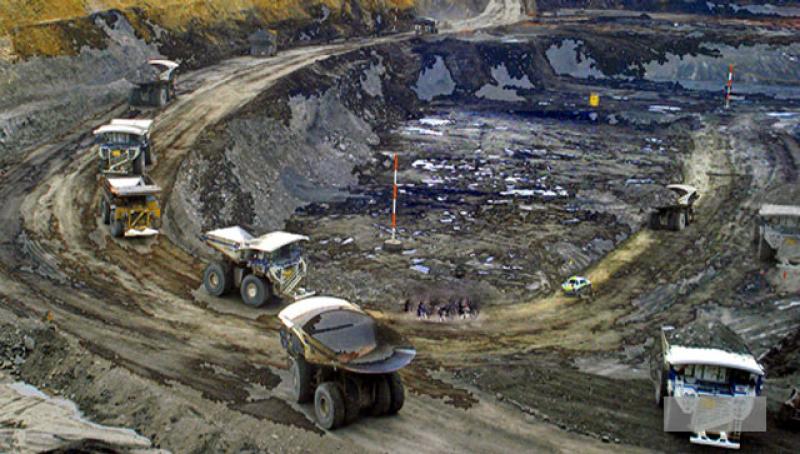 A new report by CEO, Friends of the Earth International and the Transnational Institute released in Lima during the UN climate talks reveals how multinational corporations such as Anglo American undermine crucial climate policies and promote false solutions, which allow them to profit from the climate crisis [1]

The activities of mining giant Anglo American are examined in the new report, which focuses on one of the world's biggest open-pit coal mine El Cerrejón, in La Guajira, Colombia. British-South African company Anglo American is one of its three shareholders.

Anglo American profits from false solutions to the climate crisis such as carbon trading and carbon capture and storage, which benefit big business but not people or the planet, according to the report released by Friends of the Earth International, Corporate Europe Observatory and the Transnational Institute.

Anglo American continues to expand its climate-wrecking dirty business model while using green funds, offset mechanisms and dodgy techno-fixes to present a green image, according to the report 'Anglo American's dirty energy lobby and its false climate solutions' which was released at the 'Peoples Summit against Climate Change' in Lima. [2]

“Anglo American has aggressively lobbied against subsidies for renewables because it favors dirty energies such as coal and shale gas. Combined with the privileged access to decision makers enjoyed by Anglo and its lobby groups, it is no wonder we are light-years from a fair and ambitious UN climate treaty. Co-hosting cocktail parties with our governments is one of the many ways corporate polluters such as Anglo American lobby for their false solutions to the climate crisis. Unfortunately for people and the planet, our governments are paying attention to these corporate polluters and implementing their false solutions.”

“Mining in El Cerrejón has brought land grabbing, dispossession and water scarcity to la Guajira in Colombia, and has been denounced by indigenous, peasant, and Afro-Colombian communities. El Cerrejón exports all the coal extracted while leaving behind human and environmental rights violations.”

“The interests of corporations such as Anglo American clearly come before the people's interests at the climate talks and this is outrageous. Anglo American is well known for the massive impacts of its unsustainable mining operations. Decision makers should listen to the people, not to corporate polluters.”

There are solutions to the climate crisis. They include steep reductions in carbon emissions, stopping fossil fuel extraction and deforestation, building sustainable, community-based energy solutions and transforming our food systems.

These solutions are being discussed at the Peoples Summit in Lima [2] which is attended by social movements and activists from around the world, including Friends of the Earth International, Corporate Europe Observatory and Transnational Institute. They are joining environmental defenders and social movements from Peru and worldwide at the World March in defense of Mother Earth in Lima on December 10th, Human Rights Day.

[1] The report, “Anglo American's dirty energy lobby and its false climate solutions” is available IN ENGLISH
http://corporateeurope.org/sites/default/files/17-foei-corporate-capture...
IN FRENCH
http://www.foei.org/wp-content/uploads/2014/11/19-foei-corporate-capture-report-fr-lr.pdf
IN SPANISH