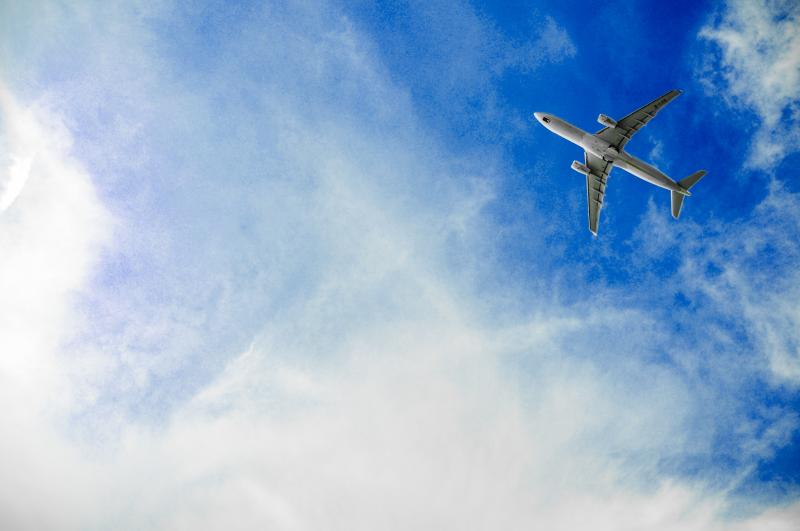 A new climate deal is expected to be agreed soon by the International Civil Aviation Organization (ICAO), the United Nations agency governing aviation. But it is a cop out that allows airlines to carry on polluting.

It sounds like a fine riddle: what can grow exponentially but still remain the same size? A new global deal on climate emissions from aviation promises just that, “carbon neutral growth” from an industry that is the world’s fastest growing source of greenhouse gases.

When diplomats meet in Montreal this week for the triennial Assembly of the International Civil Aviation Organization (ICAO), the results are likely to be prosaic: a delay in cutting emissions until 2021, at which time a voluntary scheme would be introduced that allows airlines to continue polluting by paying others to clean up for them. The controversial “carbon offsetting” scheme at the heart of this proposal is likely to involve counting reductions in greenhouse gas emissions twice, posing a significant new threat to hopes of avoiding dangerous climate change.

The airline industry is currently responsible for about two per cent of the carbon dioxide emissions that play a lead role in causing climate change, but the impact of flying could be more than double that headline figure.

Without getting too technical, emissions from planes change the balance of energy in the atmosphere (“radiative forcing”), as well as forming cirrus clouds (the contrails so beloved of conspiracy theorists) that can lock in further warming. Taking all of these factors into account, aviation is responsible for closer to five per cent of the climate change problem, a small but significant share. The bigger problem, though, is that flying is expected to be the fastest growing cause of climate change.

Airlines fly over three billion passengers every year – a figure that is heavily concentrated on a handful of frequent flyers based in the world’s richest countries. That number is expected to double by 2035, accompanied by a large increase in cargo flights. By 2050, ICAO estimates that emissions from civil aviation could rise by between 300 and 700 per cent, which could see them accounting for over 20 per cent of total global greenhouse gas emissions by that date.

Global regulators have been glacially slow in reacting to the rise of aviation emissions. The 1997 Kyoto Protocol, the first major treaty to reduce greenhouse gas emissions, excluded international aviation altogether and left it in the hands of the International Civil Aviation Organization (ICAO). The recent Paris Climate Agreement confirmed that position, even though ICAO, heavily influenced by the airline industry, has dragged its feet and avoided climate action for nearly two decades. Greenhouse gas emissions from aviation have already doubled since 1990, the baseline used to measure progress in tackling climate change in other economic sectors.

The core of the proposed ICAO declaration will be a promise of “carbon neutral growth” in international flights from 2020, but it has a series of loopholes big enough to fly a jumbo jet through them.

Although the ICAO deal would be global in scope, it does not cover anything close to all of the world’s civilian flights. Around 40 per cent of flights start and end in the same country, and these are not covered by the scheme. Domestic flights made by US carriers alone represent 14 per cent of global aviation emissions, while domestic flights in India and China are the fastest growing aviation markets in the world.

While the EU, USA, China and Japan have suggested they would take part in ICAO’s voluntary scheme, Brazil and South Africa head the list of countries that have stated they would opt out until it became mandatory in 2027. Even after that date, many low-income countries will remain exempt. These opt-outs are argued for on the basis of justice between countries “but they will not protect the economic or other interests of anyone but a small globe-trotting elite” explains Parth Vaishnav, a research engineer at Carnegie Mellon University.

The actual emissions reduction measures that ICAO is proposing are mainly limited to technological improvements to the efficiency of plane engines and frames, alongside planning smarter routes. As these all rely on mature technologies, however, efficiency gains are likely to be vastly outstripped by the growth of aviation traffic. Besides, “If you make a more efficient product it spurs route development and overall expansion” points out Jeff Gazzard, coordinator of the European GreenSkies Alliance, a grassroots campaign on air transport.

ICAO’s other major proposal to reduce emissions is increasing the use of biofuels. Despite years of testing, there are few signs that “biofuels or the latest Virgin-backed wankpot” (to use Gazzard’s colourful phrasing) could displace a significant proportion of aviation fuel, or their associated CO2 emissions. And if biofuels were taken up widely, this could come at a huge social and environmental cost. Vast areas of land would be required for biofuel plantations, which would mean either cutting down forests or taking over areas currently used for food production.

Even then, ICAO admits that none of these measures will plug the gap to put aviation on a pathway consistent with 2° Celcius, let alone the 1.5°C target that the Paris Agreement “aspires” to. So it has put a “market-based mechanism” at the centre of its carbon neutral plan.

Offsets do not reduce emissions, but just shift where those reductions are coming from. In practice, richer countries and those with the highest aviation emissions would purchase offsets generated by projects to reduce greenhouse gas emissions in other economic sectors, often located in developing countries.

That’s similar to the Clean Development Mechanism (CDM), the world’s largest carbon offsetting scheme, which was established as part of the Kyoto Protocol but had woeful results. CDM offsets have been notable for dubious accounting that meant polluting companies got paid for doing almost nothing, or even expanding harmful projects. The market for CDM credits “essentially collapsed” in 2012, and since then a ton of carbon has cost far less than a cup of coffee.

There is a significant danger that the offsets bought as part of the ICAO scheme could be double-counted – showing up in both the national greenhouse gas reduction plans submitted as part of the Paris Climate Agreement, as well as being claimed by airlines as a means to continue polluting.

The use of offsets generated by forestry projects could pose particular problems. “Examples of where forest offsets have excluded people from their land are rife” says Hannah Mowat, forest and climate campaigner at FERN. “Given the social conflict that’s arisen from people being denied access to their land and their traditional use of forests being restricted, airlines must consider the likely damage to communities – and hence their own reputation.”

ICAO: a fox guarding the henhouse

The fact that ICAO is closing in on a climate treaty that allows aviation emissions to keep on growing rapidly comes as no surprise to seasoned observers of the industry.

“ICAO is a technocratic organization staffed mainly by people with backgrounds in airlines or airline manufacturing, and whose decisions are made by representatives from transport and aviation ministries of its 170 member states” explains Gazzard, a veteran of many campaigns on aviation and the environment. “There is almost a default position for everything ICAO does that is a compromise lowest common denominator… it is there to preserve the status quo.”

ICAO’s mandate, established in the 1944 Chicago Convention, is to ensure “the safe and orderly growth of international civil aviation.” But faced with an environmental crisis, it is very difficult to square the circle of growth and emissions control – “and, effectively, they don’t bother,” says Gazzard.

The influence of the airline industry on the regulator is a key factor here. Across the street from ICAO’s head office in Montreal, where this week’s assembly takes place, likes the headquarters of the International Air Transport Association (IATA), the industry’s main corporate lobby group.

No deal is better than a bad deal

Given the proximity of ICAO to the industry it is meant to regulate, and its long track record of avoiding climate action, it is highly unlikely that it will adequately regulate greenhouse gas emissions from flying. The offer on the table in Montreal offers no advance on efficiency improvements that the industry is likely to make anyway to achieve cost savings. Biofuels and offsets are a dangerous distraction that could have significant negative impacts on communities in the global South.

Against this backdrop, the best possible outcome would be that ICAO fails to agree a climate deal at all, increasing pressure for the UN Climate Change Convention to take responsibility for aviation, and for domestic climate regulators to take action.

Whatever happens at the Montreal talks, countries and regions will need to take further rapid action to reduce emissions from flying in their own airspace.

In the European Union, that is likely to see efforts to revive the inclusion of international aviation emissions in the bloc’s Emissions Trading System (ETS) – similar, in some respects, to the ICAO market measure, but with a set of binding targets.

The ETS is far from perfect, admits Gazzard, but “applying it to aviation was a strategic breakthrough that we now must defend at all costs. It was the first time ever that we had [regulators] who were not part of the industry.”

It is vital that climate or environmental regulators are put in charge of aviation emissions, which means the European Commission’s Directorate-General for Climate Action in the case of EU countries, but there is less agreement on the methods. Corporate Europe Observatory and others argue that the EU ETS is failing to reduce emissions, with the aviation sector gaining huge windfall profits in the early stages of the scheme and continuing to receive free permits to pollute. Stopping airport expansion, taxing aviation fuel (or proxy measures such as passenger duties) and rebalancing subsidies from air to rail might all be considered alternatives. But if negotiators come back from ICAO with a deal on climate emissions, it’s a safe bet that it will be so weak as to form part of the problem rather than part of the solution.

A version of this article appears at New Internationalist, https://newint.org/

Related articles
Big business and the EU: painting the economy green
Rio+20 and the greenwashing of the global economy
EU ETS myth busting: Why it can’t be reformed and shouldn’t be replicated
Blog
The ETS files