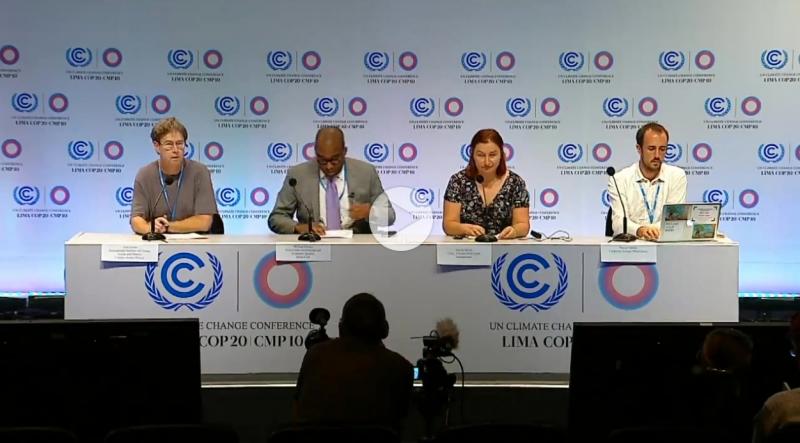 Closing words from COP20: Time to Take Power from the Polluters

As the UN climate talks – COP20 – wrap up in Lima, CEO took part in a press conference to reflect on what two weeks of negotiations mean for climate justice and the road to Paris. Organised by the Institute of Climate Action and Theory, CEO was joined by with Michael Dorsey (board member of Sierra Club) and Jagoda Munic (Chair of Friends of the Earth International).

If COP20 is supposed laying the road to Paris, then here in Lima dirty energy industry has taken control of the steering wheel and is driving us off a climate cliff. But through building our power by linking across our movements at national, regional and international level, we can reclaim the wheel and steer the world towards the real, bottom-up solutions that are already out there.