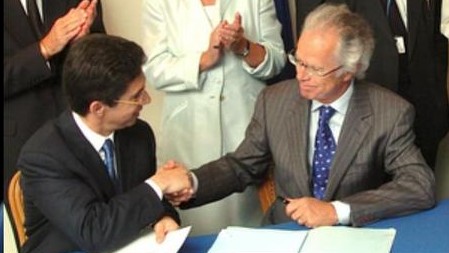 Has the EU Commission learned any lessons from Petite scandal?

Faced with the threat of a highly critical verdict from the European Ombudsman just before Christmas, the Commission quietly smuggled out an announcement that a controversial appointee to its ethics committee had been replaced, presumably hoping to take the sting out of what could have been a very uncomfortable media tale for the Commission. Afterall, it is not every day that the Commission's position is called “inconceivable and naïve” by another EU institution. Some media appear to have bought the line that this was simply a change-of-personnel story … and therefore missed a much bigger and more interesting story.

In December 2012, the European Commission decided to reappoint Michel Petite to its ad hoc ethics committee (which assesses the revolving door moves of former commissioners) despite the fact that Petite had had a controversial spin through the revolving door himself from the Commission's Legal Service to Clifford Chance in 2008. Petite's clients at Clifford Chance include tobacco firm Philip Morris and Petite had been active in meeting the Commission on behalf of clients. Michel Petite attracted further controversy when it was discovered that he had played a role in the Dalligate scandal, after he was contacted by another Clifford Chance client, Swedish Match, the tobacco firm at the heart of the bribery story.

In February 2013, Corporate Europe Observatory, LobbyControl and Corporate Accountability International lodged a complaint with the European Ombudsman about Petite's reappointment and on 26 November 2013, the Ombudsman wrote to Commissioner Maroš Šefčovič to give the Commission heads-up on her conclusion. She wrote, in the plainest possible language:

“My view is that the Commission should revoke its decision to re-appoint the member in question [Petite] and should appoint another person instead”.

To emphasise her view she also wrote:

“I would like to invite you to consider whether the Commission really believes that reasonable citizens with common sense would be convinced that there is no possibility that the work of the ad hoc ethical committee could be influenced by the client-related activities of [Petite]?”.

On 18 December, a week before Christmas and on the eve of the European Council summit in Brussels, the Commission slipped out the following announcement:

For his part, Michel Petite himself told the EUobserver that:

“I had informed the commission [of the resignation] in advance and this has been done in perfect agreement.”

“The prospect is that next year is the end of the [current] commission and that this committee will suddenly have a lot of work.”

The workload of the committee will be much greater in 2014, that is clear. The question remains why Petite accepted his reappointment in December 2012, knowing that this heavy workload was on the horizon.

The Commission is sticking to the same story. “No, [Petite] was not encouraged to resign”, said Antonio Gravili, the spokesman for Commissioner Šefčovič, speaking to the French daily La Croix in a story published on 27 December 2013.

But whether Petite jumped or whether he was pushed is hardly the issue. The question is whether the Commission has properly absorbed the findings of the Ombudsman. And the evidence so far points to no.

Ingeborg Grässle MEP got it about right. She told La Croix that:

“It is the Ombudsman who sacked Michel Petite. What upsets me is that the Commission has not recognised the problem and and has not acted upon it by itself ”.

We can only hope that President Barroso and Commissioner Maroš Šefčovič spent at least some time over the Christmas holidays reading the Ombudsman's ruling, for there was much in it for the Commission to reflect upon.

The Ombudsman makes clear that it was problematic for a member of the ethics committee to be a lawyer if that legal work involved representing clients to the Commission, as Petite had done [para 54 onwards]. She says it does not matter whether this representation constituted lobbying or not [para 55] but that it is the representation of private interests in and of itself, which is problematic. This is because Petite was also involved in determining the future employment prospects of commissioners and this would “put a significant burden on Commission staff” who had encountered Petite in his private capacity as a lawyer representing clients [para 59].

Transparency campaigners have previously argued that legal representation work should be as carefully scutinised as direct lobbying work because both involve a duty to represent the interests of clients. This is called having a 'fiduciary relationship' and US Congressmen, for example, are banned from holding any paid second job where this applies, including being a lawyer.

CEO was also pleased that the Ombudsman emphasised that it is the potential or risk of a conflict of interest which must be addressed, rather than taking no action until there is a concrete conflict, which is the Commission's current approach. The Ombudsman wrote:

Time and again we have been dismissed by the Commission when we have made a complaint to raise concerns about an official or ex-official who we consider might have a potential conflict of interest and it was really positive to see the Ombudsman stating clearly that:

“It is irrelevant for the Commission to suggest to the complainants that they have not provided any factual element to substantiate a real or apparent conflict of interest...” [para 57].

All in all, the Commission has had its knuckles well and truly rapped. It looks as if the new EU Ombudsman means business and it seems doubtful that she will drop this issue. In her ruling she says “the Commission should comply with its commitment to create a specific page on its ... website relating to the Ad Hoc Ethical Committee and its work” and she leaves open the possibility of returning to examine the issue of whether the current ethics committee should be fully reformed and replaced, as we NGOs demand [para 83].

We consider that the ethical committee should be replaced with a body which is fully independent and whose members are national-level experts in public administration and which has greater powers to look at ethics issues across the Commission. We also believe that the members of the committee should not have a history of working for the EU institutions and so, while making no criticism of his personal ethical credentials, it was highly disappointing that the Commission chose to replace Petite with Nikolaus van der Pas.

Van der Pas is the ultimate Commission insider having worked there for 46 years until 2009! Most recently he was director-general for employment, social affairs and inclusion and previously director-general for education and culture. Van der Pas is also a strategic advisor at the Brussels thinktank Friends of Europe. He joins Terry Wynn, a former MEP and Rafael García-Valdecasas, a former Judge at the Court of First Instance of the European Union, on the three-man ethics committee.

In CEO's view, appointing another EU-insider to the ethics committee is hardly indicative that the Commission is planning an overhaul of its approach to conflicts of interest. Instead, it needs to stop appointing from the within the 'old boys' network' and appoint members who will bring an entirely fresh perspective to ethics within the Commission and who will be fully independent and prepared to be critical of the Commission if required.

Without such an overhaul, the Commission will continue to leave itself open to the accusation that it is “naïve”, or worse, when it comes to handling ethics issues.