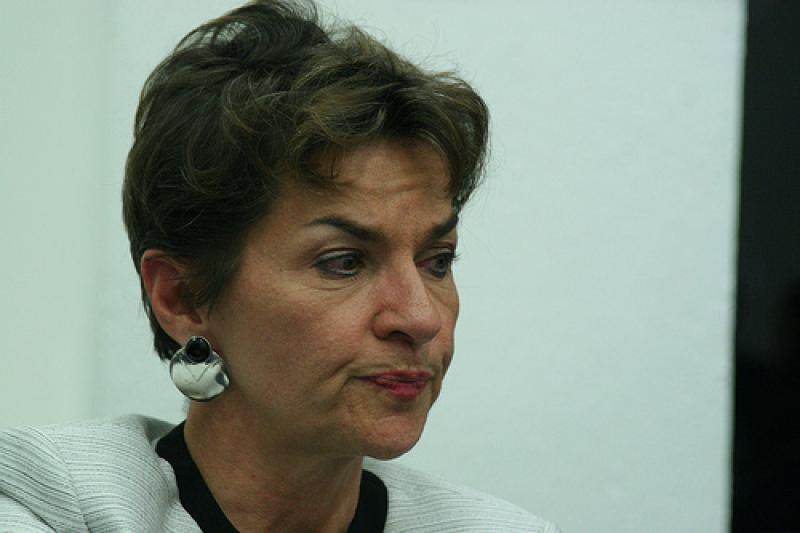 Youth organisations from around the world have sent an ultimatum to Christiana Figueres, head of the UN's climate change body, the UNFCCC: you can only attend the annual youth convergence that takes place before the official climate talks if you don't attend the industry-organised International Coal and Climate Summit.

The Coal Summit is organised by the World Coal Association and co-hosted by the Polish Ministry of Economy (one of the many acts carried out by their government to undermine progress on climate change), and is expected to have Figueres, Executive Secretary of the United Nations Framework Convention on Climate Change, giving one of the opening speeches.

The letter, sent out on Friday afternoon, says:

“The coal industry is one of the most carbon intensive in the world and it is also responsible for other dangerous pollutants in our air, soil, and water. Recently, the coal industry rebranded the same dirty energy as ‘clean coal’, but without seriously addressing its environmental cost. While we youth are meeting to talk about the hard work we all need to do to keep over two thirds of this industry’s proven fossil fuel reserves in the ground, the World Coal Association is meeting to do the opposite. The World Coal Association’s international summit aims to have a direct influence over the outcome of COP 19, and so to strengthen the dangerous role of fossil fuel energy in the UNFCCC negotiations.”

It goes on to say:

“It is our view – and will no doubt be the view of many within the media, and civil society – that the presence of a UNFCCC official (not least the Executive Secretary) at such an event represents a serious conflict of interest and critically undermines the legitimacy, perceived and actual, of the entire the UNFCCC process. We as youth do not accept the coal industry’s attempts to influence the global climate negotiations, to attack the bases of climate science, and to brand ‘clean coal’ as a viable mitigation solution. The World Coal Association’s goals are clearly contrary to the UNFCCC’s core objective to avoid dangerous anthropogenic climate change.”

The ultimatum comes two days before the start of the official negotiations, and is yet another sign that people – and youth in particular – reject the increasingly present role that dirty industry has in making climate policies.

In a patronising response, Christiana Figueres outlined her decision to chose the coal industry rather than those who really care about the climate. The response from youth was a strong one, condeming here choice:

“The fact that Figueres, who often champions the youth role in climate action, felt compelled to speak at the coal summit in lieu of speaking with youth highlights the real problem — the fossil fuel industry has taken control of the climate negotiation process,” said US youth delegate Adam Greenberg of SustainUS. “At COP19 more than ever before, we’ve seen the indisputable and pervasive influence of the fossil fuel industry.”

Let's join together to fight this corporate takeover