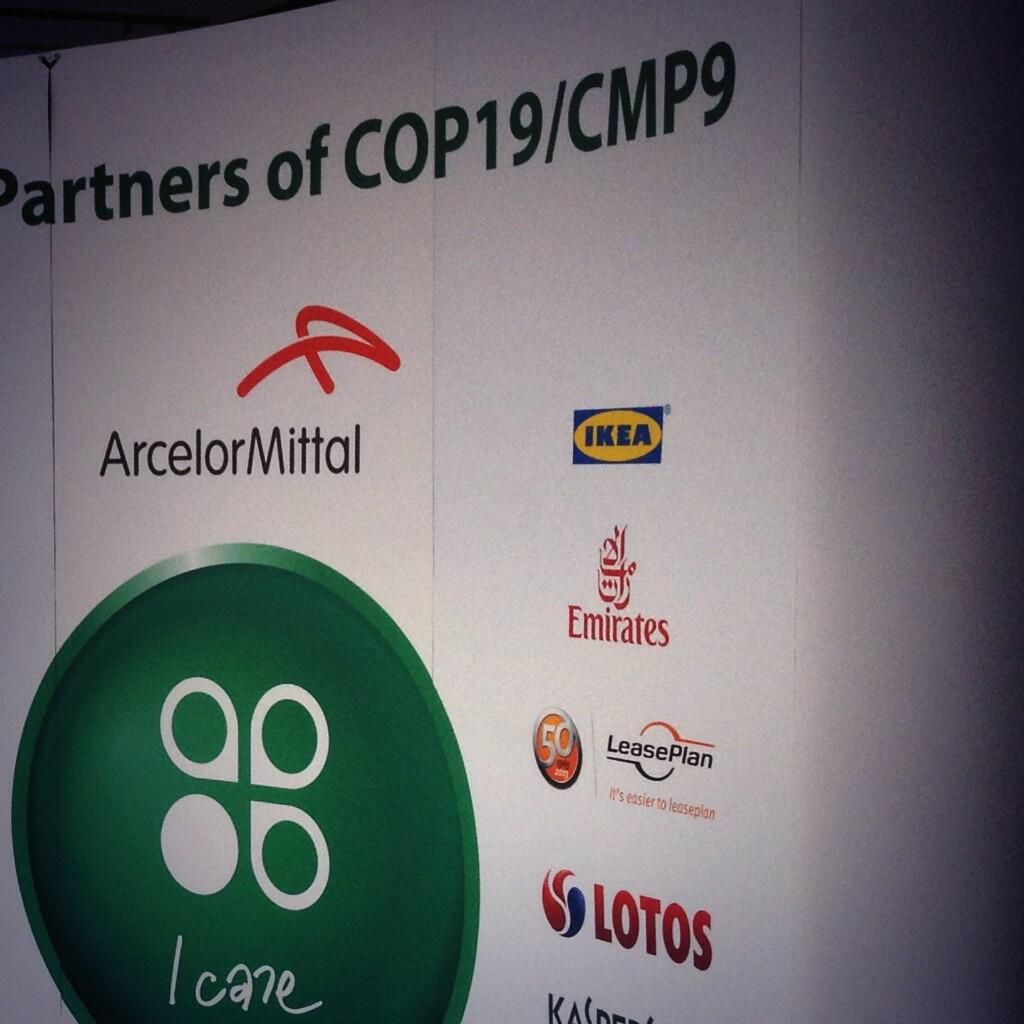 IKEA, a last minute “partner” to the UNFCCC climate talks in Warsaw, COP19, has its logo plastered all over the National Stadium in Warsaw. Alongside the logos of the other corporate partners to the climate talks – from fossil fuel companies to aviation, automobile and heavy industries - an exclusive club of climate crooks providing services to the Polish organisers of the COP, in return for a fabulous greenwashing opportunity. You can read more about the other partners in our COP19 Guide to Corporate Lobbying. IKEA on the other hand is a last minute guest to the party, so we take a look at the climate credentials of the Polish government's latest partner in crime below.

The Swedish flat pack furniture giant IKEA is one of the biggest companies in the world, its owner frequently topping the world's rich lists, and sales in 2012 of €27 billion. IKEA has also done its best to paint itself as an eco-friendly company, emphasising its life-cycle approach, car sharing schemes and affiliation to greenwashing-goldmine WWF, but what is IKEA's real record on climate and environment?

Well, to begin with, it has been accused of logging old growth forests. The Swedish NGO Protect the Forest, a Global Forest Coalition member, and Russian environmental organization SPOK, have shown how an IKEA subsidiary, Swedwood, has been clearcutting ancient and biodiverse Russian forest – felling 600 year old trees to feed our insatiable appetite for cheap, flimsy and fashionable furnishings. The coalition maintains that trees as old as 600 years are being felled to keep up with sales of Ikea’s popular home furnishings. IKEA has also lobbied in the US against laws intended to ban imports of illegally logged timber.

IKEA's way of doing business involves enormous stores built far from urban centres, usually poorly served by public transport and requiring (and incentivising) customers to use cars in order to use IKEA. It's business model actively promotes the actual and perceived obselence of its products – by selling flimsy furniture that is not designed to last a long time, it encourages higher levels of consumption, and it uses advertising campaigns that actively encourage people to throw out their out of fashion sofas for new designs.

Beyond its weakness for illegal logging and its over-consumption based business model, IKEA is also part of business-dominated think tank and lobby organisation, the Climate Group. Here's what our guide to corporate lobbying at COP19 has to say about this not so climate friendly group:

The Climate Group claims to “drive bold climate action through our network of business, government and thought leaders”.1 Set up in 2004, it brings together polluting, exploitative and irresponsible companies – such as Duke Energy, Goldman Sachs, HSBC, Veolia and Rupert Murdoch's notoriously climate sceptic media empire News Corporation – with government partners.2 The World Bank and the UN Global Compact are also partners of the Climate Group. In June 2012 the Climate Group launched the “The Clean Revolution Campaign”, during the Rio+20 Earth Summit, with the help of former UK Prime Minister Tony Blair .3 One 'Clean Revolution' briefing explains that “without the cost-effective commercialization of carbon capture and storage (CCS) technology in the short to medium term, the use of unconventional gas will be limited to a brief, transitory role” - not only is it advocating CCS and unconventional fossil fuels, but it wants environmentally and socially destructive shale gas to be a permanent feature of our energy system!4 Another briefing argues that “now is not the time to jump off the carbon pricing bandwagon.”5 The Climate Group works closely with other business lobbies, including the International Emissions Trading Association. It is also a strategic partner to the UN Global Compact's “Caring for Climate Business Forum” held during COP19, on19-20 November (see entry for Foundation for the Global Compact).

Check out our COP19 Guide to Corporate Lobbying to learn more about the other climate crooks mentioned and the false solutions their promoting at the Warsaw climate talks.

This story is part of our blog Corporate COP19. Read all the other stories here.
For comprehensive background information, check out the COP19 Guide to Corporate Lobbying.
For the latest, follow in Twitter: #CorporateCOP19 , @pascoesabido , @ecospaceship