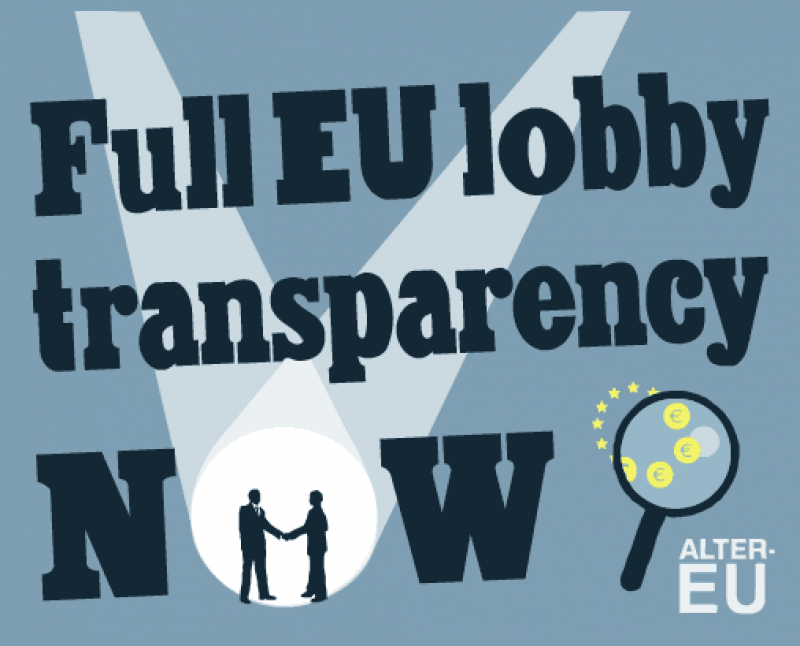 Mythbusting: the US lobby register

Apparently there is a lot of discussion within the joint Commission-Parliament group to review the EU Transparency Register about what the US experience of a mandatory lobby register can tell us. In fact, those in the group opposed to a mandatory lobby register in Brussels cite the US register as a reason not to embark upon a mandatory register. These claims, however, are largely misinterpretations and it would be a serious mistake if these claims were allowed to influence the decisions of the group, which is scheduled to finalise its conclusions on 13 December.

Myth: The introduction of a mandatory lobby register in the US has led to a decline in registrations

It is not correct to say that the mandatory system has reduced the number of lobbyists registered in Washington DC, quite the opposite.

Myth: There's been a decline in lobbyist registrations in the last five years, therefore the US mandatory register does not work

In 2007, the Honest Leadership and Open Government Act of 2007 added several ethics restrictions on lobbyists and in 2009, President Obama introduced new revolving door rules which precluded lobbyists from working for government agencies which they had previously lobbied or from becoming members federal advisory committees. Since this time, there has been a decline in lobbyist registrations. This is to some extent because lobbyists are evading the registration law in order to avoid the new ethics restrictions. Some registered lobbyists have stopped direct lobbying activities in order to be part of federal advisory groups. However, the fall in registrations since 2007 is attributed primarily to the economic crisis. A similar decline in registrations occurred in 2001 when again, there was an economic slump.

Craig Holman, renowned US transparency campaigner, has told CEO: “The number of registered lobbyists in the US fairly closely matches the estimated number of significant influence-peddlers on Capitol Hill. What modest evasion that might occur should be dealt with by strengthening the enforcement of the law, not by throwing the law away.”

Myth: The voluntary EU lobby register actually covers more lobbyists than the mandatory US one

The Commission has repeatedly claimed that the Transparency Register covers 25,000 or even 29,000 lobbyists and argued that this makes it more comprehensive than the US register.

In reality there is nowhere near that many names of lobbyists in the EU's Transparency Register, which only discloses the names of those who hold European Parliament access passes (as of today: 4,075). The US register, in contrast, provides the names of 12,300 lobbyists (and other very relevant information about the activities of these lobbyists, including former public offices held during the previous two years). In terms of providing transparency, the US register currently offers far more.

Myth: the US model is a bad one because it only covers those that have direct lobbying contacts, while the rest go unregistered

The US lobbying laws are pretty comprehensive, although it is true that they do not cover “grassroots lobbying” ie. expenditure for public relations campaigns designed to encourage the public to contact government officials about pending legislation. Transparency groups have tried twice to expand the law to include grassroots lobbying, but have so far lost in Congress due to opposition from anti-transparency forces in Congress.

However, the area of “grassroots lobbying”, which provides important information for getting a full picture of corporate influence over public policy, is already theoretically covered in the EU's transparency system due to its broad definition of lobbying. But in practice, most EU grassroots lobbying remains undisclosed because registration in the EU register is voluntary and its disclosure requirements are not sufficiently detailed.

The EU should therefore learn from, and take the best from, the experiences with both systems: mandatory registration combined with a broad definition of lobbying and disclosure requirements that are both comprehensive and precise.

Myth: the US system shows that a mandatory lobby register does not work and the existing, voluntary EU system is far more effective

Transparency campaigners in the US consider that their lobby register system could be further improved. For example, there could be far better enforcement of the rules and the rules could be broadened to take account of the loopholes listed above.

However, arguments such as these to improve the US system should not be used to reject a mandatory lobby register. Indeed, the US system over the years has encouraged a culture that supports transparency as lobbyists fear public opprobrium if they are found to be lobbying outside the ethics rules. This is far removed from the EU's voluntary system where companies such as ABN-Amro Bank, Adidas, Delhaize, Goldman Sachs, Time Warner and almost all law firms get away with not registering their lobby activities.

We consider that the EU should learn the lessons from the US experience to build a stronger and even better mandatory lobby system in Brussels.