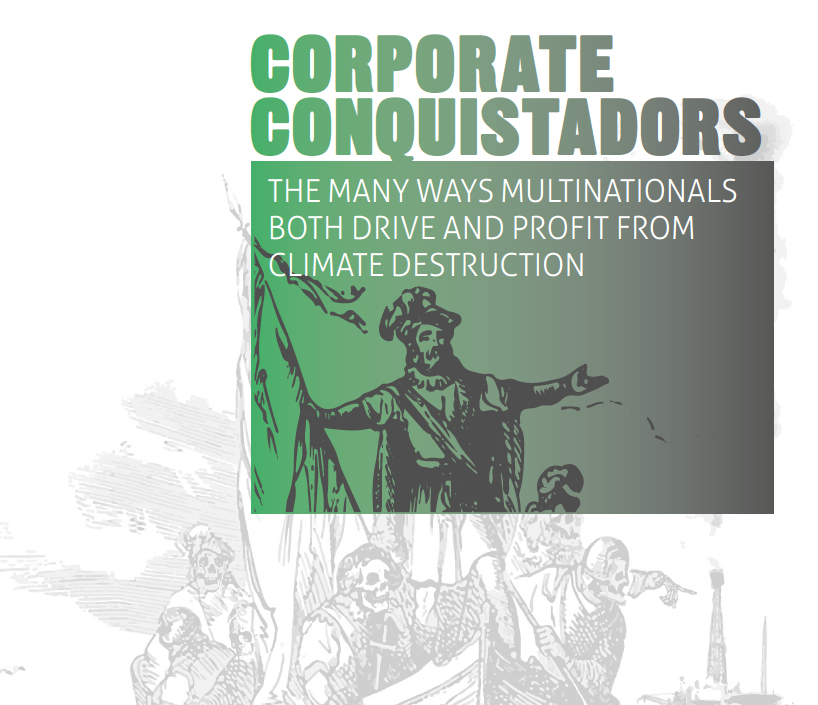 The new conquistadors making their presence felt at COP20 in Peru

A new report released at COP20 by CEO, the Democracy Center and Transnational Institute shows how corporations causing social and environmental destruction in the Andes and Amazon are driving climate change, whilst enjoying influential seats at the climate-negotiating table.

The report shows how three corporations involved in extractives industries in the Andes and Amazon are causing environmental and social damage on the ground where they operate, whilst simultaneously exerting influence to undermine climate policy-making spaces despite the fact their activities drive climate change. The report outlines how the influence that Repsol (Spanish), Glencore-Xstrata (Swiss) and Enel-Endesa (Italian/Spanish) have managed to accrue over national and international climate policy decisions enables them to push for false “solutions” which in fact allow them to continue to pollute – and even profit from doing so, through mechanisms such as carbon offsetting.

As negotiators meet to discuss a global climate agreement in Lima 'Corporate Conquistadors' casts a timely spotlight on three emblematic case studies of extractive projects in the Andean region, and outlines how the corporations running them use sophisticated manipulation tactics at every level to continue pursuing profits from environmentally-damaging activities:

'Corporate Conquistadors' is another useful addition to the research and evidence showing the extent of questionable corporate influence over the political climate negotiations process, as well as the severe damage that mega-corporations cause in the often remote areas where they operate. This is a story that is too often neglected in reporting and public discussion of climate crisis. Given the vulnerability of developing regions like Latin America in the face of such financial and political influence, COP20 in Lima presents an excellent opportunity to bring these issues to the fore.

Available in English and Spanish

Spanish version of your publication "The new Conquistadors"
Amanda Romero

According to our methodology, we are requesting the three companies mentioned in the report of the reference to respond to the allegations included for you in it. However, we found a problem opening the Spanish version of the report. We would be grateful if you can send us that version or correct the link to be able to open it so that the companies can have access to the report in this language too.