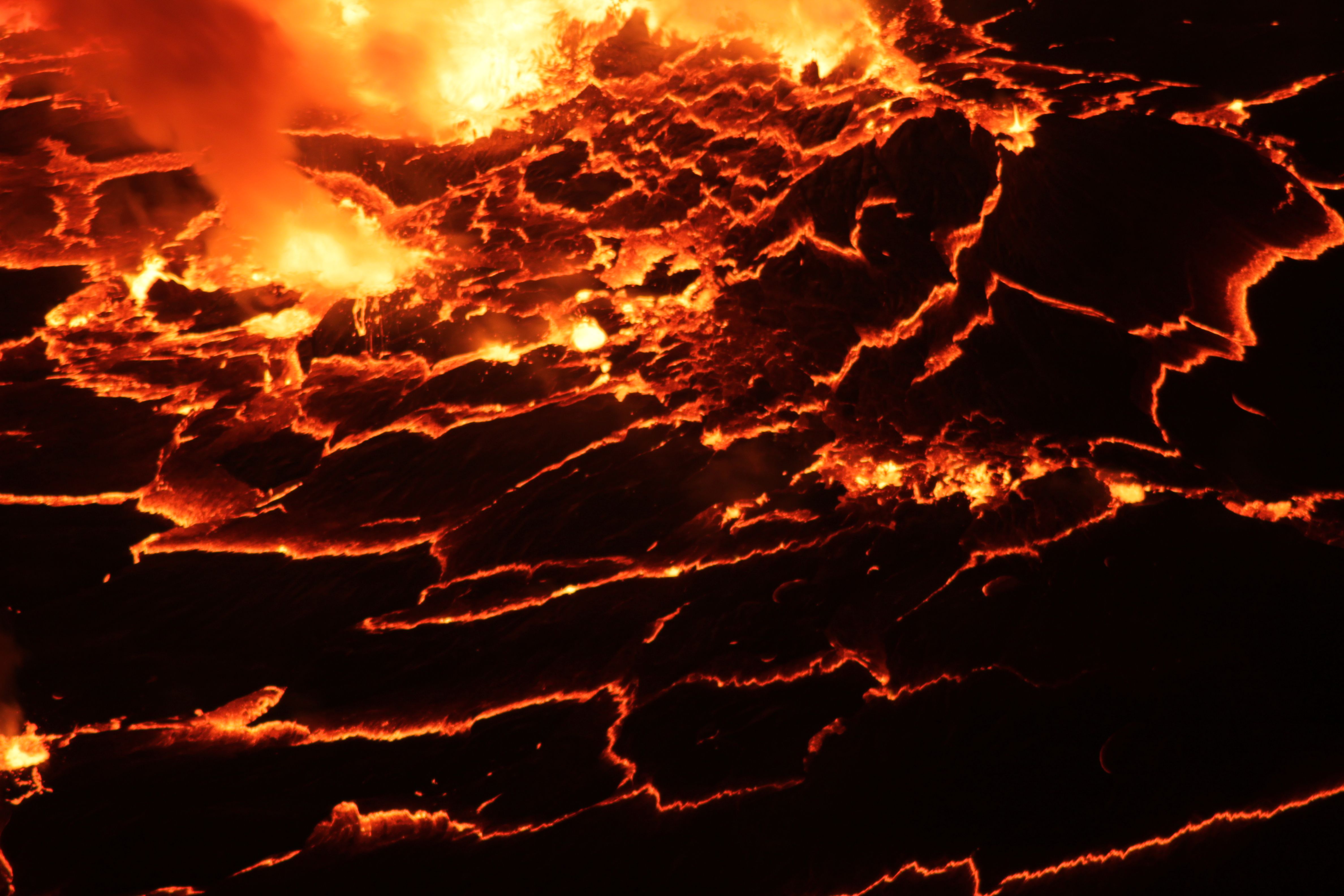 The Polish government finds itself in hot water once more over its official web portal for this year's UN climate talks, COP19, which it is hosting, after it is discovered that the site is promoting climate denial, something the government is no stranger to itself. One theory on the site claimed humans could overcome global warming by controlling when volcanic eruptions took place (night or day).

The Polish government is hosting this November's UN climate talks, COP19. 192 countries will discus how we can stop the world heading towards catastrophic climate change in an equitable and just way. However, on its increasingly-controversial official COP19 website, the Polish government has given a prominent platform to climate deniers.

The post is on the 'I Care' section of the COP19 website (the irony is hopefully not lost), which is supposed to give a green cuddly veneer to a government already suffering from credibility issues. The 'NGO' subsection asks readers “are you an NGO? Do you care about climate change?”, and then says "Please, share your opinion with us!"

Pubished on the site on Tuesday 8 October was the following:

The post is written by Cuixiang Zhong, Chinese author of Cause and countermeasure of global climate change, supposedly published in an unfindable journal with no record of it on the internet. It states:

“Although many people have accepted with half-believing and half-doubting the view that the emission of greenhouse gases is the primary factors in global climate change, many scientists are skeptical about this view, they have refuted this view with plenty of evidence.”

It goes on to say humankind is actually in control of global warming:

Apparently the website publishes whatever anyone writes, with no vetting process. Another reader used it to respond directly, lambasting the Polish government for allowing such comments to be promoted on the website:

“Does your [Polish COP19] presidency really have so little commitment to ensuring the success of the conference that it is ready to provide a platform for counterfactual statements undermining everything the UNFCCC is about?”

Despite the I Care name, it appears the Polish government has either been careless/naive by not vetting posts, or it doesn't care if its official website – which is supposed to act as a shop front for the talks – allows climate deniers to amplify their minority voices. Intentionally amplifying such voices has been a successful industry strategy to undermine ambitious action on climate change, and worth big money: Greenpeace show that ExxonMobil alone gave $22 million to climate-sceptic groups between 1998 and 2011 to ensure their voices were loud and clear.

It may come as no surprise then that Poland's governing party, Civic Platform (PO), is no stranger to climate denial. EU Budget Commissioner Janusz Lewandowski, appointed to Brussels by the PO, told the Polish press in 2011 that coal (which generates 95% of the country's electricity) wasn't to blame for climate change and that:

“Moreover, more and more, there is a question mark put over the whole 'global warming' as such.”

And nor is this the first time that the government's COP19 website has found itself in hot water: the official I Care blog was actually removed on Thursday following more public outrage as one post suggested melting sea ice was an opportunity for oil drilling. Perhaps not coincidentally, this is also a view shared by some of the COP19's corporate sponsors, as revealed by this blog.

Following the public reaction, the latest notice on the I Care blog site now states:

One can only assume it's a matter of time until the second part of the website is also taken down after it is judged 'inappropriate'. However, it's doubtful whether that will be a feeling shared by the Ministry of Environment, and is more likely to be the result of public outrage (a small indication of the outrage we need to show during the talks?).

The Polish government is clearly not committed to genuine climate solutions and their ongoing behaviour is damaging the reputation of the UNFCCC, the UN body convened to tackle climate change. Although no stranger itself to sharing a bed with polluting corporations, it's time to clean up its act and end its close relationships with the world's biggest climate criminals if it wants to retain any relevance for people and the planet.

Look guys, you really have to tone down on the anti-Polish rhetoric. The Polish government created a space on its COP website for civil society to dialogue and share views (a nice gesture) and you are attacking them because a couple crazies not tied to the usual suspects made some ridiculous remarks, and now you are blaming the Polish government for promoting climate deniers. By the way, can't people who disagree with you also participate or do we have to burn all of their books? Most of the 20+ contributions on the dialogue page are from different NGOs and are kosher - there is no platform specially created for climate deniers, but the more you scream and jump up and down about how Poland is going to undermine the COP, the more you have your scapegoat. And why is Poland bad (see other CEO blogs where this Pole-baiting is upping the rage factor)? - well outside of the point that they do have coal mines and do burn coal for energy, you found a malicious quote from EU Commissioner Lewandowski from over two years ago (is that the best you could find, really?) where, as an EU official and not a member of the Polish government, he stated that coal was not the main cause of global CO2 emissions. This may disappoint you, but he was factually correct (only around 2% of greenhouse gas emissions are anthropogenic, and far more are coming from transport and meat consumption). The main decisions of the COP will come out of the UNFCCC - the Poles are struggling to accommodate all of the demands from all of the parties - your manufactured outrage is a bit of a nuisance.

We're sorry you misunderstood the article. There is no anti-Polish rhetoric and it is never stated that Poland is per-se bad. Regarding your data on climate change, we don't know which sources you used, but probably you will find more reliable figures here (http://www.theguardian.com/environment/climate-consensus-97-per-cent/20…). And if you still have doubts about the corporate capture of COP19, please, read our previous pieces in this blog and keep following it.

Fact is: The Polish government ignores the Polish NGO's, the Polish people and the European energy transition! The recent Polish energy policy is fatal. David, the COP website is a typical marketing/public relations ploy and has nothing to do with dialogue with the civil society.

I don't get why you mentioned the Guardian link - it is about climate change (actually it talks inaccurately about global warming and is pretty lazy with details - cute graphics but not scientific) and not greenhouse gas emissions, which is what Lewandowski was talking about. And why did you use Lewandowski's two year old interview?
You mention that there is no anti-Polish rhetoric and that I misunderstood your article - did you read your article??? ... in particular:
"Despite the I Care name, it appears the Polish government has either been careless/naive by not vetting posts, or it doesn't care if its official website – which is supposed to act as a shop front for the talks – allows climate deniers to amplify their minority voices."
Or:
"It may come as no surprise then that Poland's governing party, Civic Platform (PO), is no stranger to climate denial."
Or:
"The Polish government is clearly not committed to genuine climate solutions and their ongoing behaviour is damaging the reputation of the UNFCCC, the UN body convened to tackle climate change. Although no stranger itself to sharing a bed with polluting corporations, it's time to clean up its act and end its close relationships with the world's biggest climate criminals if it wants to retain any relevance for people and the planet."

Call me stupid, but it seems that there is just a tad of anti-Polish rhetoric here.
Please start showing some respect and understand that dialogue and engagement (pillars of liberal democracy) involves listening to all stakeholders, and not just the ones you agree with.

What you describe as "anti-Polish rethoric" is in fact a legitimate critique of the current Polish government's approach to climate change (a critique that is shared by many people in Poland).