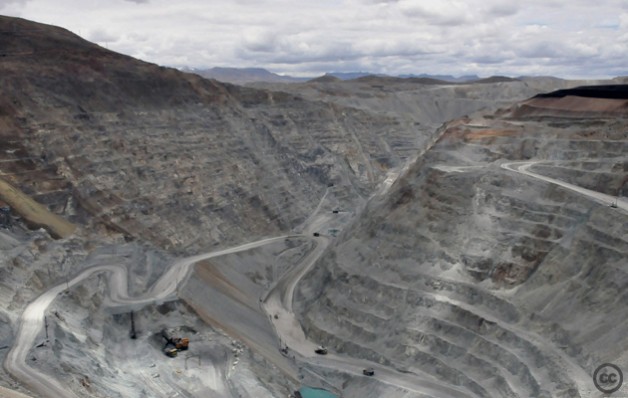 The polluters have descended upon Peru

Here in Lima, Peru, the first day of the UN climate talks (UNFCCC) has finished. But what’s going on, and what is CEO doing here? Two very good questions.

Lima is supposed to be the last major stop before the climate talks in Paris in December 2015, when the idea is countries will sign a global deal to tackle climate change. Here in Peru – home to the Andes and the Amazon, both being massively affected by climate change – negotiators are supposed to come up with a framework for the Paris deal, but the signs are not looking good as fossil fuel industry interests continue to be placed before those of the public.

But what exactly is being negotiated? An update from TWN gives a good overview, but to be very brief: the idea is that countries will agree on their ambition for emissions between now and 2020 (crucial if we’re going to tackle climate change), as well as their ambition after 2020. But will the biggest historical polluters cut their fair share (for example, see Bolivia’s proposal) as well as providing the technology and finance to developing countries so they can don’t have to rely on fossil fuels? It’s not looking likely, particularly if you take into account the unwritten rules of the UNFCCC.

While many commentators have been waxing lyrical about the ‘game-changing’ announcement from the US and China, which is part of a wider plan by the US actively going round the world bullying countries into making pledges to match its own, unfortunately the ambition of their pledge is woeful. In fact, it’s going to doom us to dangerous climate change, of 3-4c of warming. So not slapping ourselves on the back is the first thing to do, while demanding more ambition from our leaders.

The second thing to do – and this is where CEO comes in – is to expose whose agenda is really being followed. In Warsaw, the corporate capture was excessive everywhere, and the perfect example of the relationship between dirty industry and the UNFCCC. However, in Lima it feels as though the lesson has been learnt, with corporate sponsorship not apparent (except – bizarrely – from the news outlet RTCC, whose COP20 corporate sponsors are proudly displayed in the civil society area and include chemicals giants, construction companies, and mining experts).

However, while the most obvious manifestations might be missing, a second glance reveals a different story. Opposite the EU’s pavilion (where it hosts events), the International Emissions Trading Association – the industy lobby behind carbon markets – has its own pavilion and an entire schedule of events supported by its corporate members and sponsors, such as Chevron, Shell, and GDF Suez. Events include “Why Divest from Fossil Fuels when a Future with Low Carbon Emissions Fossil Energy Use is Already a Reality?” which disingenuously promotes the experimental and expensive carbon capture of storage as the solution to energy poverty. Equally, business has its own day at the COP – Friday 5th – and is all over numerous side events, not to mention the very big summits outside the UNFCCC intended to provide a platform for business to push its false solutions.

As CEO, we will play the role of the proverbial fly on the wall (assuming we’re allowed into places), calling out the greenwash and exposing the real agendas of the world’s dirtiest corporations. Our researcher and campaigner, Pascoe Sabido, will be on the ground tweeting from inside and outside the negotiations, as well as regularly updating this Polluters in Peru blog. We will also be following up with youth on the ground who participated in our workshop held at the Conference of the Youth to collectively brainstorm and deliver actions in and around the climate talks, as well as linking up with young activists in Brussels.

The People’s Summit, at the start of the second week, will bring the issues of climate change away from the negotiations and back to those fighting on the frontline against extraction and for real solutions. CEO has its own workshop on corporate capture at the COP, as well as taking part in numerous other sessions with allies. That Wednesday will also be the People’s March, with thousands taking to the streets for climate justice.

And as if all that wasn’t enough, we will have two new reports written with allies, looking at how dirty European corporations are not only trashing local communities and environments, not to mention the climate, they’re also stopping meaningful action while profiting from their self-serving ‘false solutions’. Both works – looking at Anglo American, Repsol, Glencore and Enel-Endesa – will highlight how deeply dirty energy has infiltrated our climate policy makers, and how necessary it is to create a firewall between them to stand a better chance of tackling the climate crisis.

Below are some key dates, but you can stay up to date via twitter, facebook or this blog.