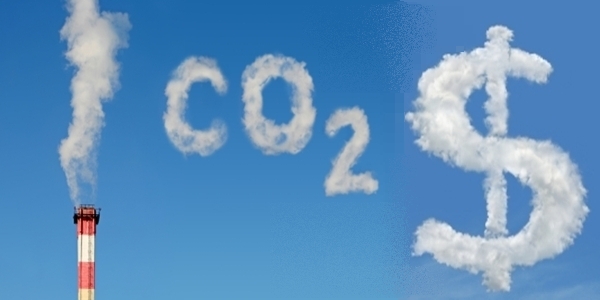 Caught Red-handed: IETA and the Commission

Should climate policy be developed together with bankers? Most people would probably say not, but this was the discussion that took place recently concerning a meeting scheduled between a high-level official from DG Clima and the carbon traders lobby, the International Emissions Trading Association (IETA). Peter Zapfel, a key man at the Commission responsible for the Emissions Trading System (ETS), the EU flagship climate policy, had scheduled a private briefing with IETA to discuss the Commission's planned measures to boost carbon prices. Zapfel cancelled the briefing with IETA after the information about the meeting was leaked to the media and other traders reacted with anger.

Just few days before, the Commission had announced that it would intervene to boost the prices of carbon, which has been going down, reaching a record low of under 6 euros per ton. These price crashes have triggered reactions from many sectors, including industry, civil society, the media and of course carbon traders, and they have softened opposition to certain interventions in the ETS to reverse this situation.

The most effective measures, such as tightening the cap, or setting aside and then cancelling the excess number of permits in the system, would require structural changes in the ETS and are widely opposed by most in the industry. As a result, Commissioner Connie Hedegaard announced at the end of April that the Commission would in the short term use auctioning to influence prices. By delaying the release of permits through auctioning (the process by which the Commission will sell to ETS participants the permits that are not granted for free) or by holding on to some of them the Commission expects to make permits more scarce and so push carbon prices up.

Carbon markets, though, like other financial markets, are highly speculative, and news or even rumours about different actions can create sudden and enormous price fluctuations. When the Commission announced its intervention to boost prices, there was no impact on the market, as traders wanted more detail. Yet, when the private briefing between IETA and the Commission was made public, trade dropped to a four month low.

According to Point Carbon, “no agenda for the private meeting was circulated, but four IETA members said they expected to provide more information on how and when the EU will postpone sales of allowances to help CO2 prices”.

IETA is the main lobby for carbon traders. It represents most of the players with any significant interest in carbon trading, including companies such as BP, E.ON or Shell, and many banks such as Deutsche Bank, JP Morgan, PNB Paribas or BNY Mellon. Set up by UNCTAD and the World Business Council for Sustainable Development, IETA was nominated in 2009 for the Angry Mermaid Awards for their aggressive lobbying on carbon markets despite concerns that they cause social havoc in communities in the South.

IETA has a track record of influencing EU climate policy in the interest of their members, which are mainly expanding carbon markets. For example they heavily influenced the latest review of the market rules http://www.corporateeurope.org/news/letting-market-play-new-report-carbo...

Carbon traders who are not IETA members reacted angrily and claimed that the meeting should include them as well. Simone Ruiz, Brussels-based lobbyist for IETA reacted quickly saying the meeting was called off because of a misguised perception that some market players would receive price sensitive information. IETA insists it was just another stakeholder meeting. “The Commission will be critizised if they do not speak to stakeholders, to hear what they have to say”.1

Internally Ruiz used other tone and words. In an email to IETA members, seen by Corporate Europe Observatory, she warned them: “I want to use this occasion to remind you that such events are matters internal to IETA and privy to its members and that in no case such information should be discussed outside of IETA, let alone with journalist”2

So much for transparency on policy making and contacts with lobbyists. Meetings between EU decision-makers and corporate lobbyist to discuss important policy changes are not IETA's internal matters and should not be privy to just its members. Yet it is actually very difficult to find information about the regular meetings held between Commission officials and industry lobbyists because such information is not shared with the public.

While the ETS is the EU climate flagship policy and supposed to reduce emissions effectively, many have pointed out that it is more about creating the world's largest carbon market regardless of whether emissions are reduced. In that aspect the ETS has been very successful, creating a market of 120 billion a year out of a commodity that did not previously exist.

If the goal of the ETS is to really help reduce emissions domestically and trigger investment in low carbon and renewable technologies (which should not include nuclear, agrofuels or carbon capture and storage), the Commission should talk to other people: such as environment groups, communities affected by offsets, and others. But not to bankers or to other speculators in the carbon market, who are only interested in how much profit can it be made.

It is outrageous and deeply undemocratic that key decisions about the future of climate policy are being decided with bankers behind closed doors. Unfortunately this also appears to be the way in which the Commission has designed its response to the economic crisis. And we have seen the results! The majority pay the price of wrong-headed austerity policies while the banks receive literally thousand of billions of euros of public money.

Instead of acknowledging the failure of the ETS and taking effective action on climate change, the Commission stubbornly continues to rely on corporate lobbyists for guidance.

Related articles
EU ETS myth busting: Why it can’t be reformed and shouldn’t be replicated
It is time the EU scraps its carbon Emissions Trading System
Carbon Welfare