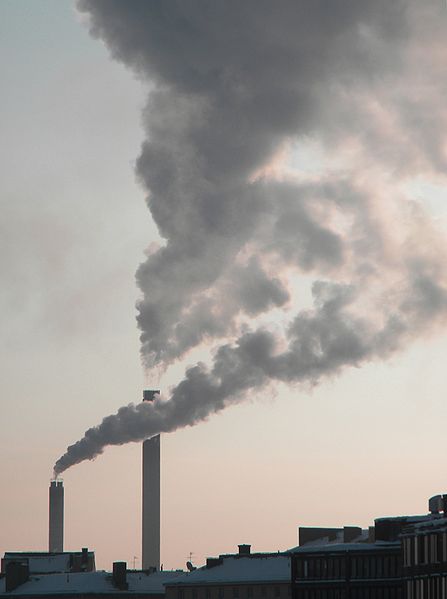 Forget backloading and scrap the ETS! What MEPs should be debating instead

Ahead of the backloading vote at the European Parliament that will take place July 2nd , a coalition of 44 civil society organisations released a statement rejecting the EU ETS, which they say is entrenching fossil fuel use in the EU. They call for MEP attention to be re-directed urgently toward genuine measures to tackle climate change, including a phase-out of fossil-fuels.

As part of a growing civil society critique of the failure of the EU ETS and market-based false solutions to address climate change, organisations and people's movements are opposing the EU attempt to reform the EU ETS as a measure that will merely further entrench fossil fuel use.

The EU ETS has been designed to prolong dependency on fossil fuels and expand and increase the role of financial markets in the daily lives of people. For example, Shell recently admitted that it is relying on the ETS and a “robust carbon price” in order to “stimulate CCS investment” and thereby sustain oil, coal and gas use.1Fossil fuel-dependent companies also use the existence of the ETS as an argument for eliminating EU targets for energy efficiency and renewable energy2. The EU ETS has not been designed to send a ‘price signal’ that could influence long-term investment since even the most insignificant potential price signal is always immediately cushioned through subsidies. This is the case with new State Aid rules that allow EU Member States to reimburse the heaviest polluters for increases in energy costs due to power permits being fully auctionable in Phase III of the EU ETS3.

To phase out fossil fuels requires that the EU re-think the way it consumes and produces. This is a political and societal project that must involve a discussion of how to reduce energy needs (addressing all sectors such as mobility, industry, agriculture etc.), become more efficient and switch to sustainable and locally-owned and -governed renewable energy. The discussion must also examine how finance should be regulated rather than how financial markets could be expanded through an artificial commodity like carbon. The EU is currently doing the exact opposite through policies that are put in place while the public spotlight is kept on an ineffective EU ETS.

One issue crying out for critical Parliamentary attention is a recent piece of regulation5 that fast-tracks over 200 trans-European energy infrastructure projects, including pipelines and other infrastructure for transporting gas, transboundary electricity lines and carbon dioxide transport. This new regulation, together with innovative financial mechanisms like the Europe 2020 project bond initiative, will have an adverse effect on local communities and the environment. They will also lock the EU into another round of fossil-fueled energy generation that the planet cannot afford6.

Another example of energy policy that contradicts the EU’s climate objectives is the proposal to increase the percentage of agrofuels in EU fuel from 5% to 6.5%. Agrofuels drive deforestation, fuel climate change and lead to land-grabbing from local communities. The EU has the world’s largest impact on deforestation and should remove all agrofuel targets7.

We call for coherence in EU energy and climate policy decisions. We demand that European policy makers implement a swift and just transition to fossil fuel-free energy production which does not harm communities and ecosystems, and to define a participatory process to allow the public debate that is essential for such a transition and which the European Commission is still avoiding.

Hence we reiterate the irrelevance of the backloading vote and the critical importance of scrapping the ETS and by doing so, creating the space for the debate needed on achieving a swift and just phaseout of fossil fuels so we as a society retain a chance to shape this transition. Market-based mechanisms including the EU ETS will not help us avoid runaway climate change, it is therefore 'Time to scrap the ETS'!8

Both ENDS (The Netherlands),

Friends of the Earth Australia,

Friends of the Siberian Forests (Russia),

Indigenous Peoples Movement for Self Determination and Liberation,

Related articles
It is time the EU scraps its carbon Emissions Trading System
EU ETS myth busting: Why it can’t be reformed and shouldn’t be replicated
Carbon Welfare