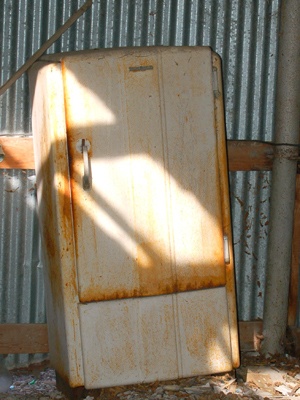 Yesterday's meeting between the European Commission, Parliament and Council to decide on F-gas legislation was the disappointing end to a two-year lobby battle. The EU's discussions over potential bans on F-gases1– powerful greenhouse gases known as hydrofluorocarbons (HFCs), used in refrigeration and air conditioning systems – are a textbook case of how a concerted lobbying campaign by a polluting industry can weaken legislation desperately needed to fight the climate crisis.

With a global warming potential often thousands of times higher than CO2, F-gases are one of the fastest growing sources of greenhouse gas emissions in the world (by 2050 estimates suggest they could account for up to 20% of projected global greenhouse gas emissions unless action is taken). Current legislation2in the EU to regulate these gases is extremely inadequate, thanks to the previous efforts of the same industry that has now thrown a spanner in the works of the legislative review. Consequently, European lawmakers decided to review the rules, and initiated the process two years ago.

Big companies like Daikin, Honeywell and DuPont – both individually and through lobby groups like EPEE (European Partners for Energy and the Environment) and EFCTC (European Fluorocarbons Technical Committee) – have thrown a lot of money at the issue. This has resulted in several heavy lobbying to delay the legislative process and weaken the proposals, thus preventing a switch to cost-effective, safe alternatives which are already available on the market. HFC manufacturers own profitable patents on the man-made gases, and thus are delaying the shift to the many viable alternatives available on the market.

Commission gave in to industry pressure

Initially, the industry lobby targeted the European Commission, and with great success. They managed to water down enormously the first Commission proposal posed one year ago: a leaked draft showed that the original text included bans on commercial and industrial refrigeration – sectors where viable alternatives exist. Buoyed by this success, the toxic lobby felt more sure of their luck; and the European Commission backed down to industry pressure and favoured the gas manufacturers preferred approach of a phase-out instead of bans, despite the legislative mandate to include them.

Daikin, Honeywell, DuPont and other big companies lobbied heavily for a phase-out that was structured to preserve their market dominance. They promote HFCs and HFC-blends with medium global warming potential, despite the fact that better alternatives like natural refrigerants with low global warming potential (often produced by smaller European companies) already exist. The phase-out proposed by the European Commission that does not include an outright ban, will ensure market dominance by these big multinationals and keeps the EU market open to HFCs and equipment using HFCs far longer than necessary.

The Parliament stands up to the corporate lobby

Despite this, and in contrast, the European Parliament took a strong position against the HFC gases, in June 2013 voting on a proposal led by Green rapporteur Bas Eickhout, that substantially improved on that of the Commission. Parliament's proposal promotes replacement technologies relying on natural refrigerants and other low-global warming potential technologies, banning products using the most harmful gas, HFCs, by 2020, while adopting a stronger phase-out (to 16 % of the current level – compared to Commission proposal of phasing out most HFCs over the next 7 years to 21% of the current level). Bans are supported by an unparalleled body of technical evidence.3

This was bad news for the €30-billion F-gas industry (HFCs represent 90% of F-gas use). With the help of lobby professionals like PR firm Grayling – which runs the secretariat of the industry association EPEE for between €200.000 to €250.000 a year4– the F-gas industry had to pick a different strategy.

After the Parliament decision in June this year, the legislative process moved to the so-called trialogue, which consists of a series of meetings in which the European Parliament, the Council and the Commission would try try to come to a compromise.

Using a time-honoured classic of the lobbyists' toolbox, the EPEE quickly resorted to flawed technical studies with spurious figures. After the Parliament decision, the consultancy SKM Enviros produced a report5whose core message was that bans create significant extra costs compared to the “phase out only” scenario and little or no extra environmental benefit. They warned of extra costs (€71 billion from 2020 to 2029, €9 billion annual costs by 2030) and very little or no extra reduction in emissions. This report has been extensively used by EPEE during its campaign to prevent bans.

However, what was not made obvious was that the full study was funded by EPEE and the HFC industry. The full text of the study has not been disclosed to Member States, the Commission or Members of the European Parliament, and its underlying methodologies and assumptions have not been peer-reviewed. It appears to be just another attempt to scaremonger EU officials by recycling old arguments about costs and burden.

When a legislative process goes to trialogue discussion it usually means bad news. Industry can pick one or two Member States to target and if they manage get a firm grip on them, a healthy compromise is practically impossible.

Industry chose to focus on some Southern European countries, scaremongering about the big financial burden upon Mediterranean countries that bans would create. Analysis 6by environmental groups such as the Environmental Investigation Agency and others shows that those claims are deeply flawed. The costs of these regional differences are estimated to be 1 euro per person over the entire 15-year phase-out period (for air conditioning), while in refrigeration the phase out would not cause regional differences.

Still the issue was picked up by Spain and others, partly thanks to the helping hand of MEPs close to industry, like Spanish conservative MEP Cristina Gutiérrez-Cortines who has been actively campaigning to prevent the endorsement of the proposed bans. Gutiérrez-Cortines even accused her fellow conservative MEP Erik Bánki – shadow rapporteur in this process – of not defending their party interest at the cost of industry and the Southern European economies. Gutiérrez -Cortines has repeatedly ignored CEO requests to be interviewed.

This, plus other lobbying pressure, made it impossible to reach an agreement after three trialogue meetings. The choice was then between calling a new meeting to force a compromise or going to second reading, and with the upcoming May 2014 elections for the European Parliament, essentially this means a two-year delay.

Industry groups such as EPEE and EFCTC pressured for a new meeting – as they were well aware that under such pressure chances were high that the bans would be dropped or at least seriously weakened in favour of reaching a compromise.

Industry's hypocrisy was evident in the way they used the negative consequences of a two-year delay. The Chairman of the EFCTC Nick Campbell said: “A delay would also result in lower investment in new equipment as operators will postpone decisions in response to the lack of legal certainty”7. He then called for a quick compromise – naturally, to drop the bans: “A first reading agreement, even in absence of any further bans, therefore would be good for the environment and the economic recovery.”

Industry's hopes were partially realised, and the last minute compromise is a sad example of how EU policies are allowed to be undermined by corporate power. The deal agreed on a cap at 2015 levels and an eventual reduction of 79% by 2030. The Parliament's proposed bans were weakened and loopholes introduced – but the deal still agreed to ban the use of HFCs in new equipment in a number of sectors including commercial refrigeration by 2022. 8Very harmful substances, for which safe alternatives exist (but which do not bring huge profits to the powerful F-gas industry) are allowed to continue being spewed into the atmosphere, at a time when the climate crisis is so acute we cannot afford to do so.

Both the European Parliament, not to mention the environmental groups campaigning on the issue, fought for stricter rules. But as previous research9 by CEO shows, the F-gas industry has on average a lobbying power at least ten times greater than the combined efforts of the NGOs and the industry that supports natural refrigerants.

There is something really wrong with the decision-making process in the EU when industry pressure flying in the face of all scientific evidence, allows situations like this to occur time after time.