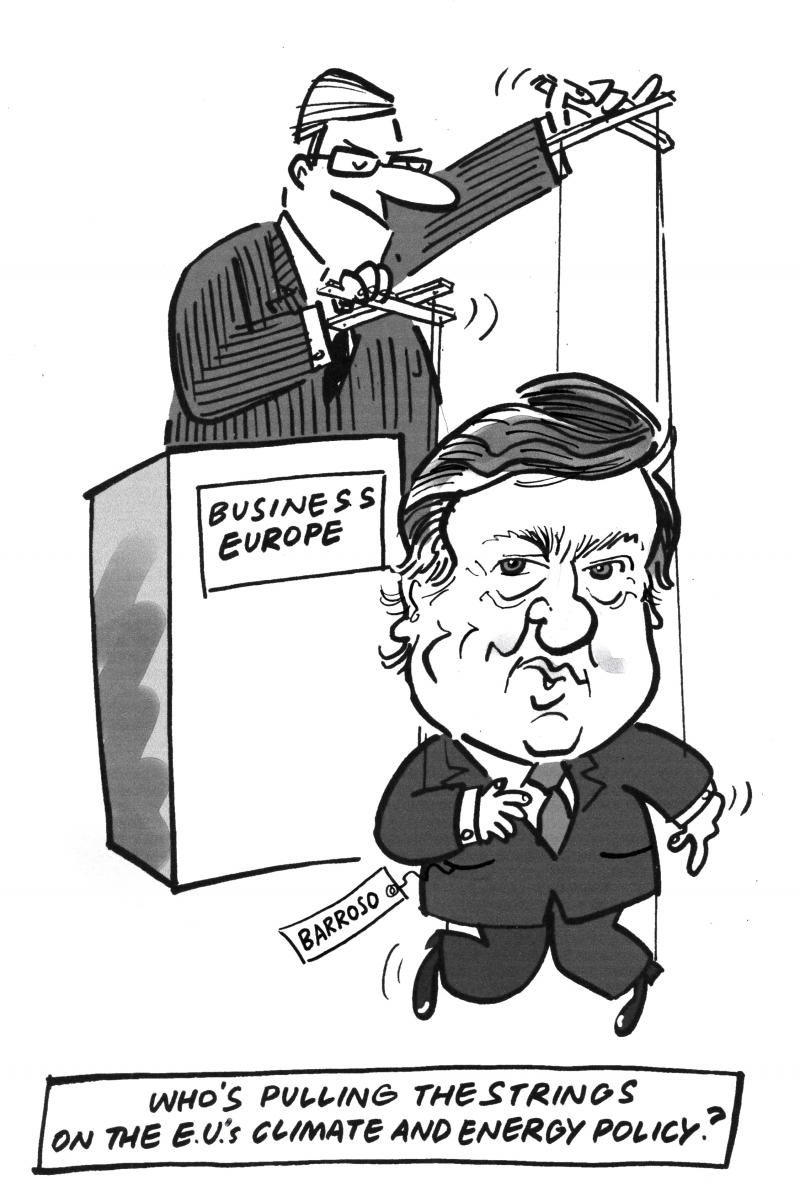 Ending the affair between polluters and politicians

They meet at birthday parties, over breakfast meetings, during cocktail receptions; so just how close are Europe’s dirtiest industries to senior politicians and regulators? And what influence is this lobbying having on the EU’s official climate change policy? These are the kind of questions we need to be asking as leaders from the 28 EU member states try to reach agreement on Europe’s climate targets for 2030. This scrutiny is particularly urgent because – as this privileged access might imply – these industries appear to have been extremely successful at watering down EU climate and energy legislation.

For the past 18 months the European Commission has been working on climate policy proposals for 2030 (a follow-on from the 2020 climate and energy targets), which will determine how the EU responds to the worsening climate crisis. The unprecedented floods in the UK and the rise in food prices from crop failures due to extreme weather are just two of the latest sharp reminders why the EU must act decisively on climate change and end its dependence on fossil fuels.

But fossil fuel companies and heavy industry have argued relentlessly against ambitious proposals. They’ve mounted a massive lobby effort to convince the EU’s most senior politicians that ‘green’ legislation can’t be allowed in times of economic crisis. As we’ll see below, this argument is entirely disingenuous, harming the economy as well as the environment. In maintaining the status quo, polluting industry protects short-term profits and continues business-as-usual, no matter what the cost to EU citizens.

Disappointingly, politicians are giving them what they want. The Commission’s January 22 proposals for the 2030 climate and energy package recommend a 40% emissions reduction target1. According to Kevin Anderson from the Tyndall Centre for Climate Change Research, this target means: “we will by 2030 have reneged on our international commitments to limit global warming to 2°C”2. In other words we have a very high chance of crossing – in the Commission’s own terms – “devastating”3 global warming thresholds. The proposals also sideline energy efficiency and renewables, despite clear evidence from Commission research4 that these are the best options to cut costs, create jobs and reduce energy imports.

So what has gone wrong? How has the industry lobby been so successful in its aims to dilute climate action?