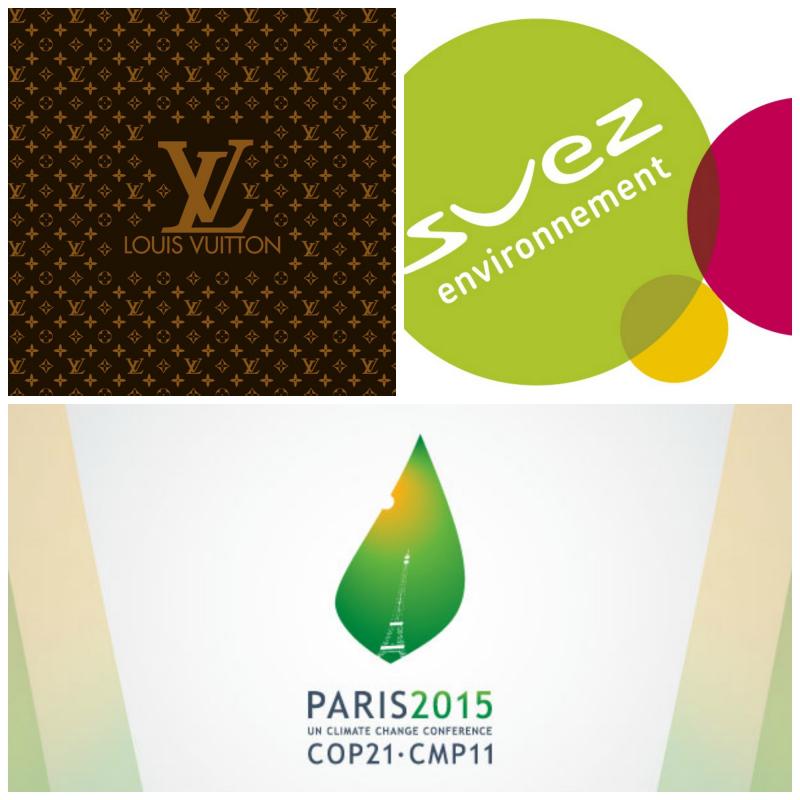 The first corporate sponsors of this winter's 'historic' UN climate talks (COP21) have been unofficially unveiled: luxury brand Luis Vuitton (LVMH) and Suez Environment, a key member of the French pro-fracking lobby. According to an article by ATTAC's Maxime Combes, others were initially announced in the press (BMW, Vattenfall and New Holland Agriculture) but later denied by the COP21 organisers.

Only a question of time

Finding out whether COP21 would have corporate sponsors was always a question of when rather than if. In November 2014, the French Government announced that the Senate had cut the public budget, and therefore they would look to the private sector. But there were also many reassurances to civil society groups that the French Presidency of the climate talks would not make the same mistake as two years previously in Warsaw, when some of the biggest polluters – including Big Oil, Gas and Coal – were all able to wrap themselves in the colours of the UN and claim to be in favour of tackling climate change. The full list was promised from French officials at the end of March, but its still not there.

Blue is the new black this winter

So how climate friendly are the announced sponsors, or are they using the chance of UN sponsorship to blue-wash their dirty images?

Suez Environment is a French multinational and the world's second largest environmental services provider, particularly focused on water. When the Argentinian capital of Buenos Aires took back control of its water services from Suez in 2006 with huge popular backing, the French giant launched – and recently won – a court case for €405 million in compensation under the controversial investor-to-state 'ISDS' mechanism so common within international trade and investment treaties. A major focus now is on waste-water treatment, particularly from coal mining and fracking, giving it a direct financial interest in the continued extraction of dirty energy. Of note, GDF Suez – heavily involved in coal and fracking – owns more than a third of Suez environment. This may help explain Suez's membership of the new fracking lobby group, the Centre for Non-conventional Hydrocarbons.

LVMH (Moet Hennessey - Louis Vuitton) is not involved in dirty energy extraction, but rather makes its money from selling extremely expensive luxury items for the uber-rich, slightly at odds with the idea of living equitably on a constrained planet. What's more, they are well known tax-dodgers, with more than 200 subsiduaries located in tax havens, allowing them to avoid paying their fair share towards the energy transition we need to make if we're going to tackle climate change. But if climate's becoming chique, then Louis Vuitton and their elite clientèle can't miss out on being seen in this season's UN-tinged blue.

The other sponsors originally listed by Europe1 but later denied by the French Presidency include coal- and nuclear-plant operator Vattenfall (who's currently suing the German government for phasing out nuclear, and already won a case against Berlin daring to increase efficiency standards of its coal plants), gas-guzzling BMW (who roped in Angela Merkel to lobby against higher car emissions standards) and New Holland Agriculture (involved in 'climate smart agriculture', putting farming into the hands of multinationals and failed carbon markets). Even if not the official COP21 sponsors, all three are confirmed as sponsors of the corporate-friendly Sustainable Innovation Forum 2015 taking place during COP21 (7-8 December). While not the main event, it has been given the official COP21 seal of approval (a 'label' used to endorse all sorts of initiatives), and its website makes the connection unmistakable: http://cop21paris.org.

Tip of the corporate iceberg

Sponsorship of COP21 is only the tip of the corporate iceberg in terms of how multinationals are trying to use the talks and the attention around them to promote their own solutions to climate change. Unfortunately, such false solutions will only ensure a continuation of business as usual rather than the transformative change we need to see. Corporate events inside the UN negotiations – like last year's Shell- and Chevron- sponsored attack on the fossil fuel divestment movement in favour of experimental technologies – will be widespread. And who knows, business may even get its wish and get a seat at the actual negotiating table (they claim that currently they don't have enough influence). Two years ago the preparatory negotiations in Warsaw were held between negotiators and corporations with civil society excluded, so it wouldn't be such a big step to take – if a death sentence for the climate and those already suffering.

But why wait for Paris – corporate influence over the UN talks has already begun. In the French capital, events are popping up everywhere, like the Business & Climate Summit in May, co-hosted by UNESCO, UNEP and the World Business Council for Sustainable Development – which includes oil company Shell, Dow Chemicals and LaFarge cement manufacturers among others (citizens staged a big protest against the event in Lima last year during the UN climate talks). In the capitals, big business is already hard at work, through direct lobbying and big PR events, to ensure that when leaders arrive in Paris, their work is already done and our political leaders are all reading off the same polluting hym-sheet.

There is an alternative

Despite its seeming inevitability, the excessive influence over and privileged accessed to political decision makers enjoyed by big business doesn't have to be tolerated. In the area of tobacco control, campaigning from civil society and Southern governments saw the introduction of a firewall between tobacco industry lobbyists and public health officials to tackle the problem. They argued that the damage caused by industry, for example by undermining the science, lobbying against good policies, posing false solutions, creating fake citizen front-groups, sponsoring of events, employing ex-health officials and civil servants – as well as the fact that their interests will never be aligned with the public interest – merited such a separation. And this firewall between lobbyists and public health officials didn't just apply to the tobacco control negotiations, but at national level, for every government who signed the treaty. The fossil fuel industry falls into the same category – lobbying to undermine progress, as well as having its economic interests completely at odds with what we need to do to tackle climate change, i.e. leave fossil fuels in the ground.

We need a firewall between the big polluters and our politicians, and those at the top of the UN negotiations, including Executive-Secretary Christiana Figueres (who used to be a climate consultant for big gas utility Endesa), need to lead by example, publishing all her meetings and refusing to meet with big polluters. And François Hollande and his government should also lead by example, refusing any interaction with dirty industry – COP21 sponsorship included. It's down to them to ensure that COP21 isn't just another opportunity for some of the world's least socially- and environmentally-conscious corporations to paint themselves blue and hide the real truth.