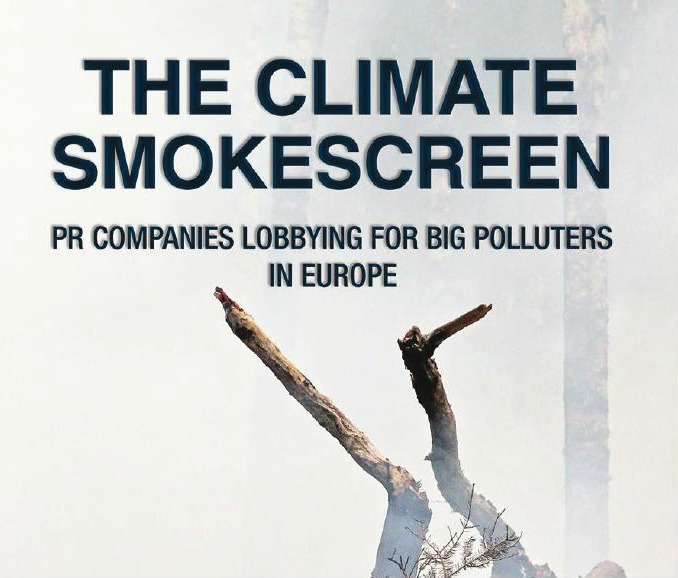 The greenwashing of some of the world’s biggest polluters’ by European public relations and lobbying consultancies is exposed in a new report released today. As the COP21 Paris climate summit enters its second week, “The climate smokescreen - PR companies lobbying for big polluters in Europe”, by Corporate Europe Observatory, presents case studies of seven public relations firms with climate-destructive clients.

The study examines Volkswagen’s crisis communications efforts as the emissions scandal unfolded, Gazprom’s use of PR diplomacy to facilitate its drilling in the Arctic, and spin by the palm oil industry as the Indonesian rainforest burned. It also investigates the consultancies and strategies behind the image-laundering efforts of other corporate perpetrators of climate change including Shell, Total, and Koch Industries.

Detailing the various tactics of PR firms, the report explores the professional greenwashers' lobbying toolbox, from setting up cocktail parties and mingling events with politicians, to helping polluters access and influence the regulatory process, to slick campaigns that rebrand dirty energy as clean fuel. The research reveals how PR and lobbying consultancies make some of the biggest climate change culprits appear to be part of the solution. However, these “solutions” simply allow polluters to avoid changing their dirty business models and delay real action that could enact a transition to clean energy and keep us below the catastrophic tipping point for global warming.

The report shows the contrast between the increasing number of PR firms who state concern over climate change, and the destructive clients whose interests they serve and calls for tight restrictions on the role of big polluters, and the lobby firms representing them, in decision-making on climate policy.

The report can be read here: http://corporateeurope.org/sites/default/files/attachments/the_climate_s...

It doesn't stop there
Hazel

If the gist of the article linked below is true, then green activism has been greenwashed as well. Worrying but not al too surprising, given the superhero status and extensive media exposure the leaders of the movement enjoy.
http://www.theartofannihilation.com/mckibbens-divestment-tour-brought-t…