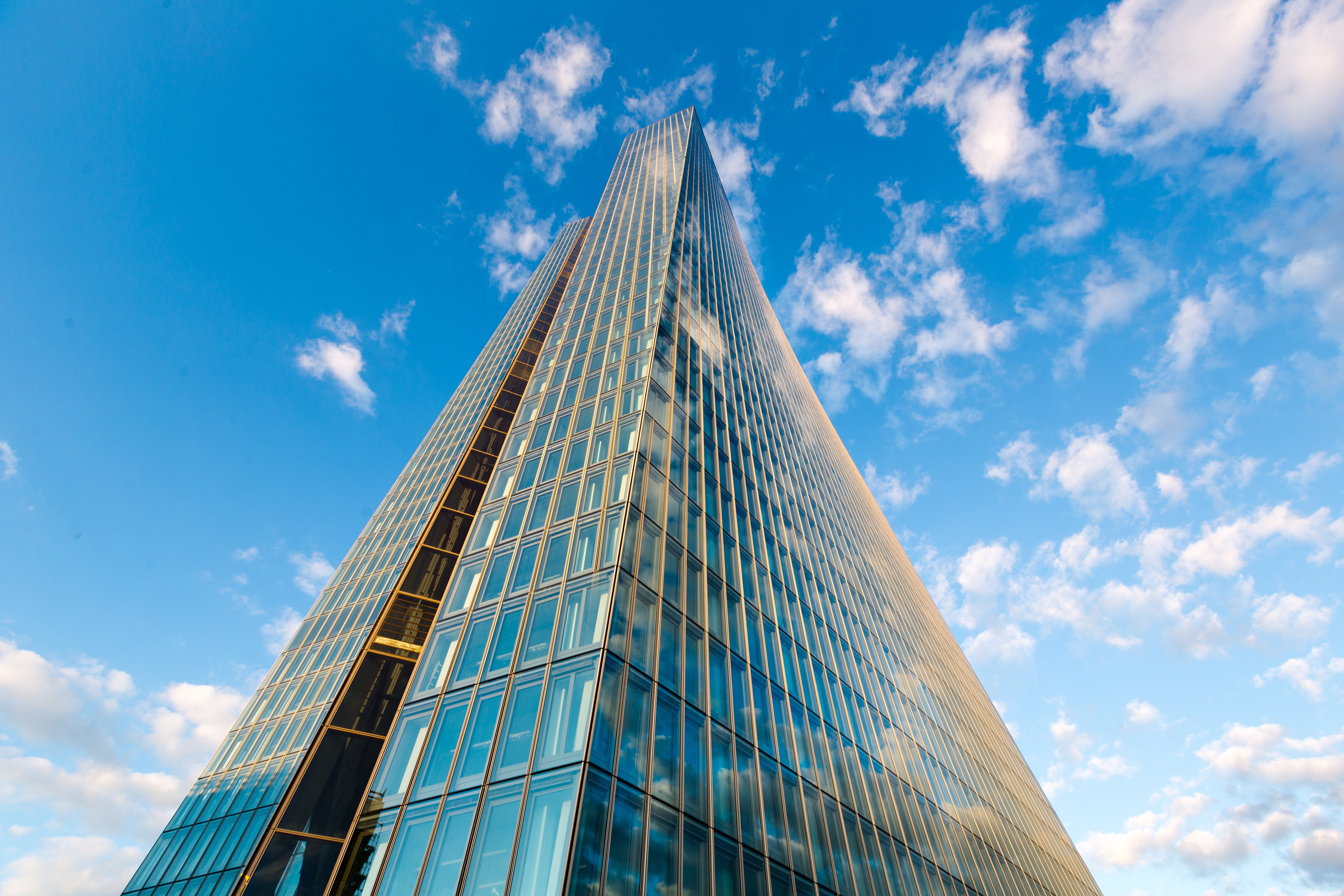 From Deutsche Bank to supervisor at the ECB

What conflicts of interest might arise when you go straight from Deutsche Bank to EU supervisor of the biggest banks in Europe?

Is it appropriate to let a former board member of a Deutsche Bank investment fund go straight from there to a key position in the new European supervisory structure for banks? What's the problem with hiring people with strong links to financial corporations to monitor the big banks? Or to be part of decisions on whether measures to ensure financial stability should be imposed on them or not? And can they keep working in the financial sector at the same time?

If you ask the European Central Bank, there is absolutely no problem with this scenario.

Among the members of the Administrative Board of Review – a body set up as a kind of appeal mechanism for big banks that are dissatisfied with decisions made by the ECB – is the new appointment Edgar Meister, who left DWS Investment, an investment arm of Deutsche Bank in September 2014, just days before he took up the position with the central bank. Also, he currently serves as a Director of Standard & Poor´s Credit Market Services 1 – a rating agency with major stakes in the world of banking. CEO believes this history gives cause for concern, in that it could create very serious potential situations of conflicts of interest.

In November this year, the European Central Bank begins supervising the biggest banks in the European Union. From now on, the main responsibility for detecting risky banking, or banks that are outright failing, rests with that institution. Preparation has been ongoing since the so-called Single Supervisory Mechanism was adopted by the Council and the European Parliament in the autumn of 2013. Rules on ethics were part of the considerations leading up to the approval, but it seems the ECB was not concerned with people with close ties to the very megabanks the SSM is supposed to supervise.

The European Central Bank gets considerable powers with the SSM. It can approve, reject, or annul a licence for a bank; it can order restructuring, impose a new leadership, and it can order capitalization in case a bank appears to be too vulnerable2. All this to make the European banking sector more resilient. The draft decisions are made by the Supervisory Board and presented to the Governing Council of the ECB for a final decision. But should a bank want to object to the report of the Supervisory Board, it can file a complaint to the Administrative Board of Review, a panel of only five persons3.

The role of the Administrative Board of Review could become a crucial one, as it could help banks to overturn key decisions. For that reason, the composition is important, in particular there have to be rules in place to ensure the members do not have a conflict of interest.

Edgar Meister worked on the supervisory board of DWS Investment, an investment branch of Deutsche Bank. He was also on Germany’s Central Bank Executive Board between 1993 and 2007 and during that time he chaired the EU’s Banking Supervision Committee from 1998 to 2007, ie the years before the financial crisis broke. He was then involved in the crisis-stricken German real estate fund, Hypo Real Estate, that had been bailed out by the German Government4 Since then, he has worked for German megabanks Commerzbank, which he left in early 2013, and for Deutsche Bank – a fund management arm of the bank called DWS Investment. And, as mentioned, he currently works as a board member at Standard & Poor’s Credit Market Services Europe.

Clearly, Edgar Meister has gone through the revolving door several times, from public banks to private banks, and vice versa. In this most recent case, there has been no cooling off period: according to information from DWS, Edgar Meister left his post at the investment arm of Deutsche Bank in early September.

The track record of the ECB

Bearing in mind the track record of the ECB, this becomes even more acute. Over the past years, Corporate Europe Observatory has highlighted several cases where the ECB has shown to be very close to big banks. They include the membership of ECB President Mario Draghi of the Group of Thirty – a club for central bankers and some of the biggest banks in the world – that has served as a lobbying vehicle for specific reforms of financial regulation that favoured big banks, including in the years preceding the financial crisis5.

Also, the case of Christian Thimann, a former Counsellor to the President of the ECB, showed the ECB lacking in rules on revolving doors. Thimann was allowed to take employment with insurance giant AXA, straight after finishing his duties at the ECB, with no further ado6.

The strong presence of big banks in the advisory groups of the ECB has been an additional cause of concern7.
Also, there are important international experiences that should be taken into account. In the aftermath of the financial crisis in 2008, an investigation into the Federal Reserve in the US was conducted. Though initially confidential, the report has been made public. It testifies to severe “regulatory capture” inside the Federal Reserve – an experience that should not be repeated on European soil8.

With the new powers delegated to the ECB, it is particularly important that safeguards are firmly in place to prevent conflicts of interest, and that an arms-lengths principle is firmly applied. The appointment of Edgar Meister shows the ECB is failing to do that.

Edgar Meister did leave DWS Investment due to considerations about conflicts of interest with his work at the ECB9. But what may worry the public is that, given the fact that Edgar Meister left the company straight before taking his new position, he may either harbour a personal sense of loyalty to former employers, or that he is bound by post-employment clauses that could affect his work at the ECB.
It might be argued that there are rules in place that can enable the Governing Council to remove particular individuals in a specific case, should a conflict of interest be apparent10, and it could be that if for example Deutsche Bank contested a decision by the Supervisory Board, that Edgar Meister would be simply removed from that particular case. However, conflicts of interest are not necessarily so simple. If, for instance, the Supervisory Board contested a particular financial practice in the case of one bank, which Deutsche Bank also practiced, a former employee of Deutsche Bank sitting on the Supervisory Board could still have a conflict of interest. Also, though Standard & Poors is not to be supervised by the ECB as it is not a bank but a rating firm, Edgar Meister's position with the company seems problematic too. Standard & Poors are also in the business of assessing the strengths of the banks, and utter failure in assessing a particular bank could have serious consequences for the firm. Still, Edgar Meister seems to be able to combine a senior post at the rating firm with his role as co-supervisor. To CEO, Edgar Meister argues he has no influence on the rating process at Standard & Poor´s, but has not yet commented on potential conflict of interest in his work at the ECB11.

When preparing for the European Central Bank's new mission as the main supervisor of the biggest banks, it was decided by the Council, the European Parliament, and the ECB that new rules on revolving doors would be appropriate. As a result, the ECB will impose a two year “cooling off period” that will bar ex-employees from taking up a position with a private bank for two years12. This move is most welcome, and will take the ECB ahead of the Commission on ethics rules concerning revolving doors. However, revolving doors go both ways, and the admittance of people from the private financial industry to high posts can lead to other kinds of problems.

This is a well-known phenomenon that has been analysed in depth by an OECD expert group on conflicts of interest. The findings and recommendations on the link between “revolving doors, accountability and transparency” were released in a 2009 report from the OECD which makes a link between weak rules on regulators' relationships with private financial companies, and failed supervision and regulation. Part of the problem, it is asserted, is the absence of rules on “pre-employment”, ie when people from the private sector go straight to regulatory and supervisory agencies. Among the recommendations are “development of clear rules and procedures regarding divestment of interest”, strengthening of rules that would bar “appointees from handling matters involving their former employers”, and “rules and procedures to bar regulatory appointments for person’s whose employment background would tend to create frequent impartiality conflicts”13.

However, in the case of the ECB and its Administrative Board of Review, rules on employing staff from private financial companies are absent. Also, the “declaration of interest” that the members of the board are to complete upon appointment, seem to be nothing but a solemn promise with a signature. In Edgar Meister’s declaration, his position with Standard & Poor´s is not even mentioned14.

While the ECB meticulously guards its independence from member state government agencies in the decision on “the establishment of the Administrative Board of Review”, strikingly there is no parallel text on independence from private companies15.
Such rules must be included in the rules of the Administrative Board and indeed of the ECB in general. As a first step, the ECB and Edgar Meister must part ways.

A test for the next banking crisis: Eurozone TBTFs to eliminate
nmb

A test for the next banking crisis: Eurozone TBTFs to eliminate competitors!