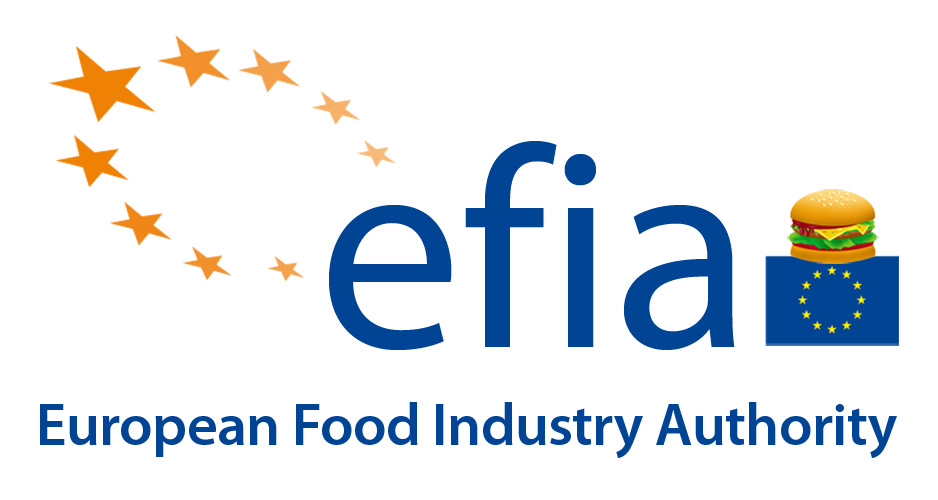 Two experts from the European Food Safety Authority (EFSA) in charge of evaluating food additives, including aspartame, have failed to report active collaborations with ILSI, a scientific lobby group funded by the food industry – major user of additives and aspartame. EFSA rules on conflicts of interest require these experts to report such activities. After a similar scandal in June, Corporate Europe Observatory (CEO) and Réseau Environnement Santé (RES – French Network on Health and Environment) are calling on EFSA to dismiss the two scientists and for the Commission to adopt much stricter rules to curb the epidemic of conflicts of interest that exists within EFSA.

In early July 2011, five of the 19 members of the EFSA scientific panel on food additives and nutrient sources added to food (ANS panel) were replaced as their mandates had expired. Of the five newly-appointed experts, the Italian Riccardo Crebelli and the German Ursula Gundert-Remy were found to be in violation of internal EFSA rules because they had failed to disclose consulting activities for the International Life Sciences Institute (ILSI), an international lobby group funded by the food industry (including Ajinomoto, the world leader in aspartame, and Coca-Cola, Danone, Kraft, Unilever and Nestlé [1]).

Gundert-Remy, a former medical expert at the German Institute for Risk Assessment (retired since 2008), was appointed as a scientific adviser to the ILSI Research Foundation in Washington in 2005 [2]. Her mandate was not renewed in 2010 [3]. Scientific advisers provide “general guidance regarding the Foundation's broad research agenda and coordinate the Foundation’s activities”[4].

Crebelli, who is a research director at the Italian Institute of Public Health, was a member of the scientific committee of a three-day symposium on the safety of food packaging organized by ILSI in Prague in 2008 [5]. The scientific committee fulfils several tasks including the review of research abstracts submitted by applicants who wish to publicly present their work at the symposium [6].

In their latest annual declarations of interests to EFSA (signed respectively on 22 July and 17 August 2011), Gundert-Remy [7] and Crebelli [8] do not mention these recent ILSI active collaborations. Yet EFSA rules are very clear: they require experts to declare annually “all possible interests that might be considered relevant to assess independence, including interests that are inherent to the professional background of the individual” [9]. This for the past five years [10].

The failure to disclose the provision of “advice or services in a particular field falling within EFSA’s remit”, even if those services are not paid [11], is regarded as a “prima facie breach of trust towards EFSA” which could lead to the dismissal of these experts, according to the rules of the agency [12].

This is not the first time that the ANS panel has been singled out for the lack of transparency and conflicts of interests of its members. In a report published last June, Corporate Europe Observatory revealed that four members of the ANS panel had failed to report consulting activities for ILSI [24]. A few days after this expose, the annual declarations of interests of these four experts were discreetly updated by EFSA [25].

Corporate Europe Observatory also revealed that 11 of the 20 members of the ANS panel had a conflict of interest as defined by the Organisation for Economic Cooperation and Development (OECD). For example, the current chair of the ANS panel, Dutch academic Ivonne Rietjens’ laboratory has been funded by food giant Nestlé since 2005 to carry out research on food additives [26]. And the Austrian scientist Jürgen König has been a consultant for Danone since 2007 and received funding for his lab from the Austrian food industry (FIAA) between 2007 and 2010 [27].

To bring this epidemic of conflicts of interest within EFSA’s expert groups to an end, Corporate Europe Observatory and Réseau Environnement Santé are urging:

- FSA to suspend the two experts on the ANS panel who failed to disclose their consultancy work for ILSI, since they have not learned the lessons of the similar scandal in the ANS panel in June, aggravating the situation;
- the European Commission to introduce new rules for EFSA and other agencies of the European Union regarding:

• the recruitment of experts: EFSA (or another European institution) should proactively seek experts who are independent from industrial interests, rather than selecting experts from those who responded to a call for application;

• the transparency of internal procedures to establish whether the omission of an interest by experts is a breach of trust vis-à-vis EFSA: the deliberations and detailed conclusions of these internal procedures at EFSA should be made public so that EU citizens and members of the European Parliament can understand the reasons why EFSA thinks or does not think that one of its experts has breached its trust;

1 ILSI Europe Members, ILSI website. http://www.ilsi.org/Europe/Pages/currentmembers.aspx
2 2005 ILSI Annual Activities Report, page 6. http://www.ilsi.org/Documents/2005_ILSI_Annual_Activities_Report.pdf Ursula Gundert-Remy is also mentioned in this 2006 directory, page 133: http://www.wingsweb.org/download/EFCMemberBook2006.pdf
3 ILSI News, Volume 28, Number 1, April 2010, page 3. http://www.ilsi.org/documents/ilsi_news_vol_28_no_1.pdf
4 ILSI Research Foundation bylaws, 11 November 2008, page 4. http://www.ilsi.org/researchfoundation/documents/rf%20bylaws.pdf
5 Leaflet of ILSI’s 4th International Symposium on Food Packaging, 19-21 November 2008, Prague, Czech Republic, page 8. http://www.bezpecnostpotravin.cz/UserFiles/File/Kvasnickova/ILSI_Packagi...
6 According to this ILSI leaflet for a similar symposium in 2012: http://www.ilsi.org/Europe/Documents/PM%20Symposium%202012/Ilsi_FirstAnn... (page 2, “Call for presentation abstracts”)
7 Annual declaration of interests to EFSA, Ursula Gundert-Remy, 17 August 2011. https://doi.efsa.europa.eu/doi/doiweb/doisearch/panel/ANS/wg/460523
8 Annual declaration of interests to EFSA, Riccardo Crebelli, 22 July 2011. https://doi.efsa.europa.eu/doi/doiweb/doisearch/panel/ANS/wg/460523 It is also questioning that the research activities of Riccardo Crebelli in an institute of public health are partly funded by the tobacco company British American Tobacco (Lucky Strike, Dunhill, Pall Mall...).
9 Implementing act to the policy on declaration of interests - Guidance document on declarations of interest, Catherine Geslain-Lanéelle, EFSA, 8 September 2009, page 2: “The aim of the ADoI is to concisely address all possible interests that might be considered relevant to assess independence, including interests that are inherent to the professional background of the individual.” http://www.efsa.europa.eu/en/keydocs/docs/doiguidance.pdf
10 Ibidem, p. 4: “Past period is to be interpreted as meaning activities that are no longer ongoing and that have been completed in the five years preceding the filling in of the DoI.” http://www.efsa.europa.eu/en/keydocs/docs/doiguidance.pdf
11 Ibidem, p. 3: “Consultancy/Advice is to be interpreted as an activity in which the concerned person charges or does not charge a fee for providing advice or services in a particular field falling within EFSA‟s remit. Any contracts or collaborations with the EFSA falling outside the work of the Panel/Working Group/Scientific Committee as identified above should also be specified under this activity. The subject matter should only indicate the domain in which the consultancy is/has been active.”
12 Ibidem, p. 6: “Failure to fulfil in a timely and complete manner any of the obligations outlined in this act will be considered as a prima facie breach of trust towards EFSA. Because of that failure, appropriate actions, including the dismissal of the concerned persons, might be taken by EFSA.”
13 Current ILSI Europe Members, ILSI website. http://www.ilsi.org/Europe/Pages/currentmembers.aspx
14 ILSI Europe Membership, ILSI website. http://www.ilsi.org/Europe/Pages/Membership.aspx
15 Europe’s pesticide and food safety regulators – Who do they work for?, Earth Open Source, April 2011. http://www.earthopensource.org/index.php/reports/10-europes-pesticide-an...
16 Two other investigators whose research projects have been pushed out or recovered by ILSI also testified before the Metzenbaum commission in the US Senate in 1987: Richard Wurtman (neurologist who led the clinical research centre at the Massachusetts Institute of Technology) and Louis Elsas (geneticist at the Emory University of Atlanta). Their testimonies and the one of William Pardridge are included in a chapter of the book “Notre poison quotidien” (Our daily poison) by Marie-Monique Robin available online (in French): http://owni.fr/2011/03/15/les-dangers-de-l%E2%80%99aspartame-et-le-silen...
17 Invoice of £50,000 sent by the ILSI Research Foundation to British American Tobacco, 22 August 1988. http://legacy.library.ucsf.edu/tid/btx28a99/pdf (page 198)
18 Invoice of $7,875 sent by ILSI to R.J. Reynolds Tobacco Company, 9 February 2001. http://legacy.library.ucsf.edu/tid/kqy51c00/pdf
19 INBIFO, a German lab owned by Philip Morris, has for instance submitted in November 1992 two scientific communications to the organiser of the 4th ILSI Inhalation Symposium: http://legacy.library.ucsf.edu/tid/fnh83e00/pdf
20 “WHO to Rely Less on U.S. Research”, Associated Press, 27 January 2006. http://www.trwnews.net/Documents/News/2006/ap012706.htm
21 Testimony of Jennifer Sass, Ph.D., senior scientist, Natural Resources Defense Council, before the U.S House Of Representatives Committee on Science and Technology, 14 March 2007. http://www.gpo.gov/fdsys/pkg/CHRG-110hhrg33802/html/CHRG-110hhrg33802.htm
22 “Food authority chief resigns industry position”, NewsBlog, Nature.com, 25 October 2010. http://blogs.nature.com/news/2010/10/food_authority_chief_resigns_i.html
23 “La présidente de l'Autorité européenne de sécurité des aliments appartient à un lobby industriel”, Le Monde, 29 September 2010. http://www.lemonde.fr/planete/article/2010/09/29/la-presidente-de-l-auto...
24 Exposed: conflicts of interest among EFSA’s experts on food additives, Corporate Europe Observatory, 15 June 2011. http://www.corporateeurope.org/sites/default/files/publications/EFSA_ANS...
25 Food safety panel members "update" declarations of interest – admitting industry ties, Corporate Europe Observatory, press release, 4 July 2011. http://www.corporateeurope.org/pressreleases/food-safety-panel-members-u...
26 On flavonoids. Rietjens mentions in her declaration of interests: “In case the respective flavonoids studied would be on the agenda of the Panel I would declare an interest”, a statement which proves that flavonoids are food additives that might be screened by the ANS panel. Annual declaration of interests to EFSA, Ivonne Rietjens, 26 July 2011. https://doi.efsa.europa.eu/doi/doiweb/doisearch/panel/ANS/wg/460523
27 Annual declaration of interests to EFSA, Jürgen König, 17 August 2011. https://doi.efsa.europa.eu/doi/doiweb/doisearch/panel/ANS/wg/46052