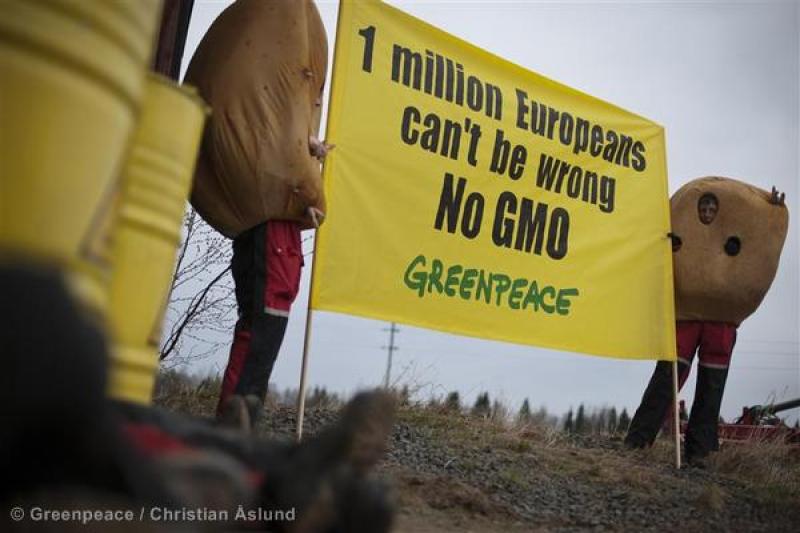 In March 2010, the European Commission approved BASF's genetically modified Amflora potato for cultivation in the European Union. CEO has investigated the background to this decision, including the controversial scientific advice provided by the European Food Safety Authority on the use of antibiotic resistant marker genes. CEO found that more than half of EFSA's GMO panel had conflicts of interest, as defined by the OECD. Their advice, which contravened WHO guidelines, contributed to the approval of the GM potato - and is likely to lead to the approval of similar GM crops in the near future.

Amflora is now being cultivated in open fields in Germany, Sweden and the Czech Republic, and two other GM plants (both cottons developed by Monsanto) containing the same antibiotic marker gene are in the pipeline waiting approval for cultivation.

The Amflora potato contains the nptII gene, an antibiotic resistance marker gene for neomycin and kanamycin. There are concerns that this antibiotic resistance could be transferred from the potato cells to bacteria dangerous to humans. Such a migration would reduce the effectiveness of these antibiotics in humans.

The approval of Amflora was the result of a fierce lobbying battle by BASF – which included an avalanche of letters sent to the Commission, threats to relocate outside the EU, and even legal action against the Commission.

This report by Corporate Europe Observatory (CEO) presents findings that make the EFSA June 2009 opinion even more controversial. Firstly, more than half of the GMO panel experts who signed the approval had conflicts of interest, as defined by the Organisation for Economic Co-operation and Development (OECD).

These conflicts ranged from receiving research funding from the biotech industry, being a member or collaborator in a pro-biotech industry association, to writing or reviewing industry-sponsored publications. Some conflicts revealed a conflict of scientific interests, with some panel members involved in working on the creation of transgenic plants – including potatoes – with antibiotic-resistant marker genes – including nptII.

Secondly, although none of EFSA’s GMO panel members were medical experts in the use of antibiotics in human medicine, they decided that neomycin and kanamycin were antibiotics with “no or only minor therapeutic relevance”. The World Health Organisation (WHO) classified these antibiotics as “critically important” in 2005.

This research shows that the Dutch scientist Harry Kuiper, chair of the GMO panel who had close links to the biotech industry, played a key role in the framing of this disputed key scientific advice. The opinion in fact reconfirmed an April 2004 GMO panel opinion, which itself was almost entirely a copy-paste of a “review paper” sponsored by a controversial EU-funded research project called ENTRANSFOOD, in which the biotech industry played a major role. For some reason this review paper was not credited by the GMO panel in 2004.

CEO found that (a) the authors of that review paper did not appear to have the necessary medical expertise to credibly classify some antibiotics as having “no or only minor therapeutic relevance”, (b) several authors appear to have been positively biased towards the biotech industry, and (c) all the authors were selected by Harry Kuiper, who was at that time coordinator of ENTRANSFOOD.

What is more, the original GMO panel decision appears to have been an attempt to protect GMO crops from an incoming EU directive, which sought to phase out the use of antibiotic resistance marker genes which may have adverse effects on human health and the environment.

In the light of these new findings, CEO is calling for an immediate independent reassessment of the scientific green light given to BASF’s Amflora potato and of the health and environmental risks of antibiotic resistance marker genes present in GM plants. The ongoing approval procedures for cultivation in the EU of the other GM plants containing the controversial nptII marker gene should be put on hold.

EFSA should remove members of the GMO panel that have industry ties, and should re-establish a panel made up entirely from independent scientists.

Read the full report below.

Update January 2012: Since the publication of the report, the Commission has informed us that the Monsanto GM cotton applications are only for food and feed use, and no longer for cultivation. The documents on the EU GMO Compass website however still indicate that the application is for cultivation as well.

The EC explains: “The document on MON531 which you refer to is a notification concerning cotton MON531 for cultivation, feed uses and import, submitted in 1996 by Monsanto to Spain under Directive 90/220/EC. Since the file was still pending at the adoption of Regulation (EC) 1829/2003 on GM food/feed, Monsanto was requested to submit a new file under the Regulation which they never did. As a consequence, there is no such notification anymore.”