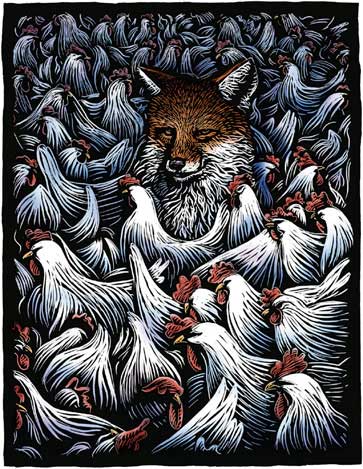 EFSA is responsible for the risk assessment of all issues related to food and feed safety including genetically engineered plants, pesticides and food additives. Its Management Board is the food agency's governing body, also in charge of its independence. EFSA's independence remains problematic today, with numerous conflicts of interests with industry reported among its scientific panels. It is unlikely that appointing people whose job is to influence food-related decisions for the private benefit of their employers at the agency's Board is going to help the agency regain credibility.

Seven seats on EFSA's Management Board are up for renewal in June 2014. The European Commission published a list of 23 candidates, mostly from national food safety agencies, research institutes and academia for the EU Parliament's consideration and the Member States' decision, due to intervene in the second half of April. But four persons among the 23 short-listed have or have had very close relationships to the food industry:

- Beate Kettlitz is the director for food safety at the lobby group representing the interests of the entire EU food industry, FoodDrinkEurope, whose track record in fighting against public interest regulations is notorious (the latest example is its lost fight against the labelling of engineered nano ingredients in food products).
- Jan Mousing, re-applying for the position, is a director at the Danish Agriculture & Food Council, the lobby group representing the interests of the Danish food industry; he had been appointed at EFSA's Management Board in the first place as the Chief Veterinary Officer of Denmark, a position he left in January 2011 without this apparently causing any problem to the agency.
- Piet Vanthemsche, who is also re-applying for the position, represents farmers union COPA but also sits in MRBB holding, an agri investment fund which also has shares in companies selling GMOs.
- Milan Kovac, from the Slovak Ministry of Agriculture, was also a board member of ILSI Europe until 2011. ILSI Europe, an industry research institute supported by all the biggest agrofood multinationals, is a central actor in the agrofood industry's influence over EFSA's scientific opinions.

The legal justification for these nominations is an interpretation of EFSA's founding regulation 178/2002, which states that four of the 14 board members “shall have a background in organisations representing consumers and other interests in the food chain”. But nowhere is it mentioned that the food industry should be involved, in fact quite the contrary: EFSA's 2011 independence rules stipulate that “persons employed by industry shall not be allowed to become members of EFSA's Scientific Committee, Scientific Panels and working groups.” If industry employees are not allowed among EFSA's scientists, why should they be allowed on EFSA's Board ?

We urge the Member States of the European Union to defend the integrity of EFSA's decision-making processes from undue external influences, and refuse this infiltration by the food industry within the EU's food safety agency.