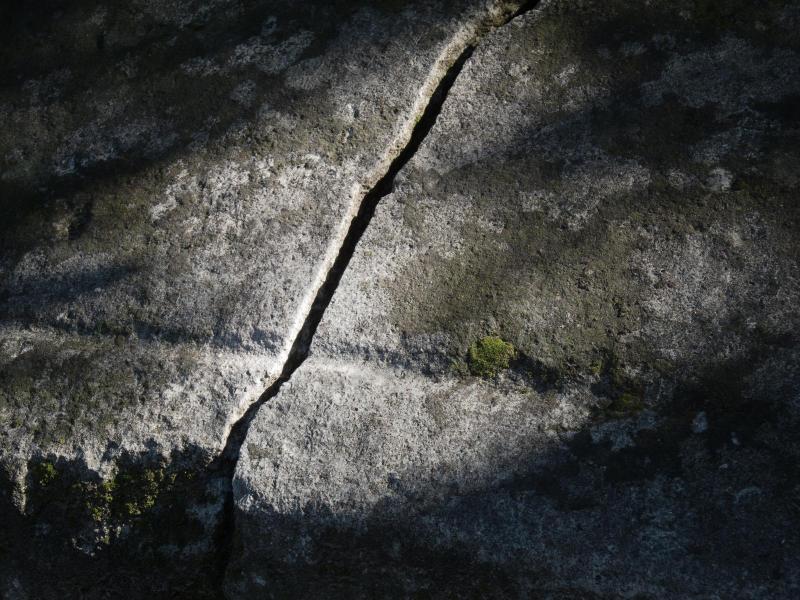 A revised independence policy but the worst problems remain

An analysis of the revised independence policy of the European Food Safety Authority (EFSA). More reworded than revised, actually.

On 31 July 2014, the European Food Safety Authority (EFSA) published an important document: a revised version of the rules to implement its independence policy, last defined by the agency's Management Board in 2011.

This is important because EFSA's decisions are crucial both for public health and for food producers: a negative risk assessment of a product by them will prevent or delay it going to market. But EFSA has seen its reputation shattered over the years by repeated scandals about the agrofood industry interests of the experts that sit on its scientific panels. A systematic assessment CEO co-authored in October 2013 showed that almost 59% of the agency's scientific panel members had direct or indirect links to commercial companies falling within the agency's remit, in other words conflicts of interest (COIs). As it stood, EFSA's independence policy was the worst of both worlds: an extremely costly and burdensome policy to implement, it also failed to convince independent external observers that the agency was meaningfully protected from the influence of the agribusiness industry.

EFSA is trying to improve its credibility by saying it wants to become more transparent. The Authority is considering publishing more information about its work and the data it uses for it, but there are serious issues about some of the options considered: some would actually facilitate industry lobbying. This will not exactly help the agency's reputation improve.

As a result of EFSA's credibility problems, the European Parliament has repeatedly expressed its distrust towards the agency, postponing by six months its budget discharge in 2012, asking for strong improvements in 2013, and voting in April 2014 a very clear resolution demanding the agency to simplify and strengthen its independence policy:

“[EFSA] should apply a two-year cooling-off period to all material interests related to the commercial agrifood sector, including research funding, consultancy contracts and decision-making positions in industry-captured organisations.”

In a presentation given last June 2014 at a workshop on its independence policy organised by EFSA, CEO analysed the main reasons for this state of affairs (poorly equipped to fulfil its mission, we think the authority sacrifices its independence to short-term operational constraints), pointed at the elements within the agency's independence policy that were enabling this situation, and made some suggestions to improve it.

At the same workshop, the agrofood industry made a general joint statement which insisted that current rules were “sufficient to ensure the independence of EFSA’s experts and staff” and that “the aim of CoI policies should not be to exclude leading experts from taking part in the Agency’s scientific decision-making process due to perceived conflicts of interest”.

In its revised policy, the agency seems to have decided for the easy option: not much has changed in the new policy beyond a general rewording and some small improvements. Even worse: the Parliament's demands have been purely and simply ignored.

On the positive side:

- All EFSA staff now have to file a Declaration of Interest (DOI), and submit to a pre and post-employment screening to prevent cases of revolving doors.
- Regular consultancy will be considered as employment, possibly tightening up EFSA's policy when it comes to accepting scientists who sell consultancy services to industry, one of the main problems (together with research funding from commercial sources). But how will “regular” be defined? The new rules refer to a new concept, “level of intensity”, which adds little clarity. Everything will depend on implementation.
- There is a clearer definition of what constitutes a “Food Safety Organisation”, a category of organisations granting extended rights for people linked to them.
- There are tighter rules on procurement.
- The period during which the declarations of interest experts and staff have to fill are kept by the agency has been extended to ten years.
- There are plans to create an advisory body on independence issues.

But the two biggest loopholes in EFSA's independence rules are still there:

- The interests of the experts applying to become panel members are only assessed looking at the panel's mandate and not the agency's remit (Article 3, point g). This allows numerous scientists working for EFSA to keep financial ties to most major names in the agrofood business, as EFSA considers that everything is fine as long as their work with these companies isn't on the exact same issue being looked at by the panel.

- EFSA's Management Board more or less betrayed the letter and spirit of EFSA's Founding regulation in its 2011 independence policy by changing EFSA's original independence rules from a ''no external influence allowed'' principle into a policy to only ban “evident and general” COIs. This has not been reversed. When EFSA says in its implementing rules that an interest is “not allowed when the expert has a conflict of interest of a general nature that would regularly lead to the exclusion of the expert from the meetings of the scientific group”, “regularly” is defined by EFSA's independence policy as “the majority” of the panel meetings. EFSA's says it now uses a 33% threshold instead of 50%, but the principle remains the same, as well as its consequences: panel members with interests conflicting even with the panel mandate can still be allowed in as long as the topic they have an interest about does not appear too often on the agenda.

Such a reluctance to change is all the more difficult to understand given that the agency already has in its very independence policy a tool which would enable it to access the expertise of scientists with conflicts of interests without compromising its integrity: hearing experts, who are invited to contribute their expertise to the process but do not take any part in the internal debates and drafting tasks of the panel. Existing rules are clear (Art.11 §3):

This approach would however satisfy the explicit and repeated demands made by the European Parliament in that regard, and largely contribute to heal the agency's reputation.

The agency usually uses two arguments for such a refusal to change: one is the cost of inviting hearing experts, the other is the danger of depleting too much the internal expertise of scientific panels. Both justifications, though, are unconvincing. The resources argument is difficult to accept if one considers the huge resources EFSA staff and experts spend processing the existing - and very heavy - system of “real-time” interests management, by which experts have to fill one specific declaration of interest before EVERY meeting, to be then screened by EFSA's staff (EFSA's director said last year to the Parliament that the agency was spending about a million euros every year to run the system). The other argument of maintaining expertise within panels is also difficult to accept: 40% of existing panel members don't have any conflicts of interests, there is always the possibility to organise trainings and the hearing experts system would precisely enable accessing specific missing expertise without compromising independence.

Why, then, such a reluctance? Questioned by CEO on the issue, EFSA made the following statement: "The independence implementing rules of EFSA adopted in 2012 were updated mid-2014. A review of the overall Independence Policy of EFSA of 2011 will take place in 2015-2016. The Independence Policy review will be carried out alongside the work EFSA is doing on transparency as EFSA acknowledges that the two are interdependent. The process will aim at a high level of stakeholder engagement and will also include a review of the way in which we use hearing experts."

Will good intentions be enough to convince the European Parliament?

Background: European Parliament report on discharge in respect of the implementation of the budget of the European Food Safety Authority for the financial year 2012 (C7-0298/2013 – 2013/2220(DEC) – Motion for a resolution – Section on Prevention and management of conflicts of interests and transparency

12. Believes that the procedure for assessing possible conflicts of interest at the Authority, where declarations of interest are screened by Heads of Unit and are generally assessed on a case by case basis, is burdensome and is subject to criticism, raising questions about its credibility and effectiveness; notes with concern that even a revised procedure has not helped dispel fears about the Authority’s expert impartiality; calls on the Authority to come up with a simplified procedure with less uncertainty which would validate and streamline the process and save both human resources and money without, however, jeopardising the newly set standards for the detection and prevention of conflicts of interests;
13. Welcomes the progress made by the Authority on its conflicts of interests policy; calls on the Authority to continue its work and to dedicate sufficient resources and staff to this matter, and to consider appointing specialised staff for the screening work on conflicts of interests;
14. Notes with concern that the Authority applies a less stringent conflicts of interest policy to experts from food safety organisations (FSOs), as the list which the Authority uses to indicate these FSOs includes institutes that are nominated by Member States and co-financed by private or undisclosed partners, creating a possible loophole;
15. Believes that the Authority should apply a two-year cooling-off period to all material interests related to the commercial agrifood sector, including research funding, consultancy contracts and decision-making positions in industry-captured organisations;
16. Believes that financial interests in particular should be dealt with the utmost care and that experts should be asked to declare whether their interests were remunerated or not; believes that if this is the case, the amount should be specified; is of the opinion that the current practice of experts anonymising their interests, for instance by using the expression “private company”, should not be accepted by the Authority;
17. Believes that that list should be revised by excluding organisations which receive more than 50 % of their funding from sources other than public sources, in order to avoid undue influence; notes that this currently appears to be the case only for the entries nominated by the Commission, while Member States use their own criteria; is of the opinion that experts should be allowed to cooperate with the Authority on the condition that they meet previously established criteria; expresses the opinion, however, that the status of FSO should not be extended to organisations and institutions which receive more than 50 % of their funding from private sources;
18. Acknowledges that the Authority has initiated a review of the implementation of its independence policy in the last quarter of 2013 and that the results will be available by October 2014; believes that the current declarations of interests forms could be further improved and should include information, inter alia, on: (i) whether the interest declared was remunerated, (ii) the amount of the remuneration, (iii) the participation in industry-linked conferences and the institution/person covering the expenses;
19. Regrets that the Management Board refused to elect its Chair and Vice-Chairs by open ballot, despite the recommendation of the discharge authority, and expects further transparency in this respect in the future electing procedure;
20. Observes that the Authority engaged in a structured dialogue with civil society on matters relating to conflicts of interests; views this development in a positive manner and calls on the Authority to hold structured dialogue regularly in the future;
21. Believes that the Authority should pay further attention to public opinion and to commit itself as much as possible to an open and transparent dialogue; welcomes the implementing rules for its Policy on Independence and Scientific Decision-Making Processes as adopted by the Authority's Management Board in December 2011; welcomes in this context the improved presentation and accessibility of information and documents on the Authority's homepage.