A new guide to lobbying and greenwashing around the UN climate talks is released today. 'Lobby Planet Paris – a guide to corporate COP21' highlights the corporate influence over the UN talks just before they begin.

In the aftermath of the Paris attacks, many civil society events and demonstrations that had been planned for the UN Climate Conference have been cancelled or reduced in scale, making it even harder than before for citizens and social movements to make themselves heard. At the same time, the lobbying and greenwashing of climate criminals and corporate profiteers continues unaffected, and is stronger than ever.

From fossil fuels to finance or industrial agriculture, 'Lobby Planet Paris'' maps the big corporations, lobby groups and trade associations that are trying hard to capture the climate talks and maintain business as usual, with the help of many governments and international institutions. 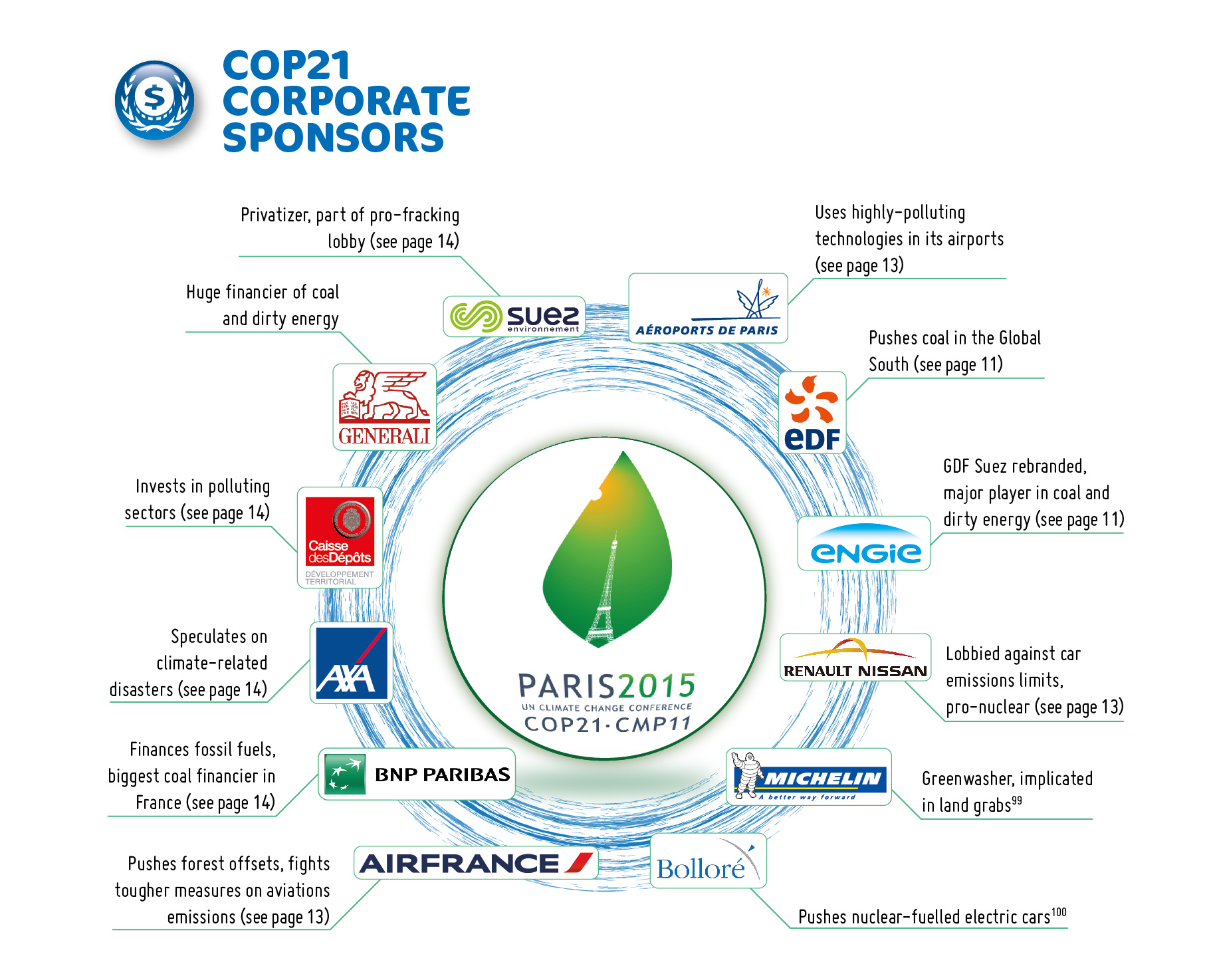