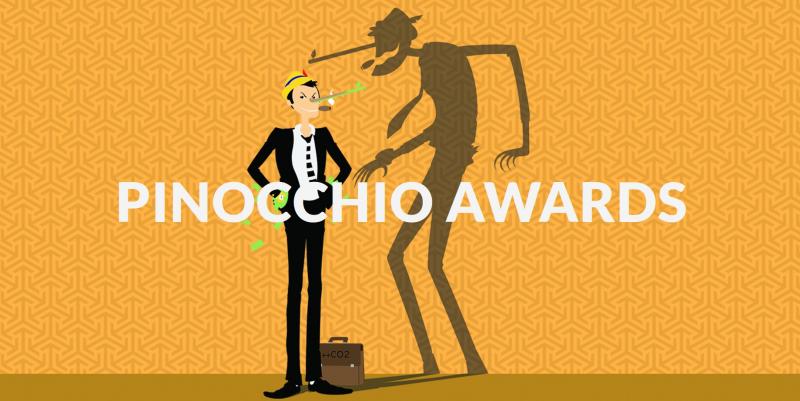 Vote in the Pinocchio Climate Awards!

The Pinocchio Awards highlights, and denounces, the negative impacts of multinational companies – either through dirty lobbying tactics at a policy level, or directly at a community level – and especially those who wash themselves in the language of green or sustainable development.

This year’s awards will target multinational companies whose activities have a direct impact on the climate and communities around the world, and whose influence, through lobbying, promoting false solutions or greenwashing weakens or destroys climate policies, or undermines action on climate change.

Online voting will start on November 3rd and will be open until December 2nd across three categories:

Lobbying : awarded to the company which has been lobbying the hardest to undermine climate policies.

Greenwashing : awarded to the company which has led the most abusive and misleading communication campaign in regard to its actual activities.

Local impacts: awarded to the company whose activities have the worst impacts on local communities.

The awards will be presented at a public ceremony on Thursday, December 3rd 2015 at La Flèche d’Or 75020 Paris. For more information, click here !