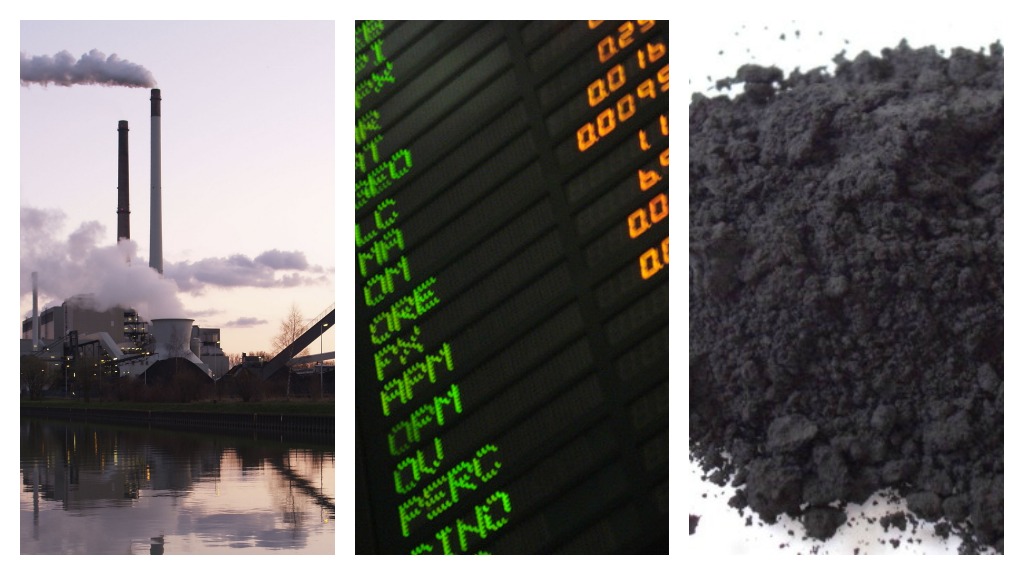 COP21 and the carbon market menace

Carbon markets are unlikely to merit even a single mention in a Paris climate change agreement, but the idea of trading emissions has not gone away. Market advocates have simply found new code-words for referring to a practice that guarantees a fight in international climate negotiations. So they’ve hedged their bets – canvassing new mechanisms without naming them, dreaming up accounting rules for schemes that have yet to be agreed, or just referring to a vague system of “transfers” whose meaning can be fought out once the Paris spotlight fades.

Whatever the outcome, the public profile of carbon trading will be marginal to any agreement coming out of Paris. To understand the significance of this, it’s worth a quick look back at how the fate of international emissions targets got tangled with carbon markets in the first place.

The ghost of COPs past

Our story starts in Kyoto, where the first international agreement with mandatory targets for greenhouse gas emissions reductions was signed. The United States was a laggard, as it always is – only agreeing to cuts on the condition that they could be made elsewhere. Al Gore was the lead negotiator that day, but he was working under the influence of fossil fuel lobbyists.

The Kyoto Protocol introduced two “flexible mechanisms” allowing countries to buy “emissions reductions” (in the form of carbon credits) from abroad and count those as their own – a practice known as “offsetting.” In accepting the principle that units of emissions could be transferred between countries, the Protocol also triggered a rethink of climate policy in the EU, paving the way for the development of the Emissions Trading System (EU ETS), which is by far the largest carbon market in the world today, and the main source of carbon credit purchases.

The Clean Development Mechanism (CDM) is the largest of the UN offset schemes, generating carbon credits from projects set up in poor countries whose greenhouse gas emissions are not capped. The credits are meant to represent a ton of carbon cuts, but are based on dubious accounting that meant polluting companies got paid for doing almost nothing, or even expanding harmful projects.

A smaller “Joint Implementation” mechanism – mostly confined to projects in Russia, Ukraine, Poland and Germany – has faired little better. A recent, comprehensive overview of the scheme conducted by the Stockholm Environment Institute found that up to three-quarters of its credits may not represent actual emissions reductions (UN officials suspected “significant criminal” activity), allowing for an overall increase of 600 million tonnes. That's roughly equivalent to the annual greenhouse gas emissions of the United Kingdom, the world's fifth largest economy.

This story of environmental failure has been superseded, in recent years, by the near collapse of the UN carbon market mechanisms. The lack of clear or ambitious new climate targets and a delay in replacing the Kyoto Protocol were partly to blame for this, as was reduced demand for offsets within the EU ETS. For several years already, a UN-certified “tonne of carbon” has cost far less than a cup of coffee.

The road to Paris

Carbon markets collapse, alongside the Kyoto Protocol itself, at COP17 in Durban in 2011. But confusing these market contractions for birth pangs, a number of developed countries still used that conference to push for the creation of a New Market Mechanism. The EU led the charge, hoping to scale up carbon markets by replacing the project-by-project schemes from the Kyoto Protocol with a new system covering whole industrial sectors at a time.

But in the face of increased opposition led by Bolivia and its allies in ALBA (a Latin American country grouping) and the wider G77 group of developing countries, the New Market Mechanism was stillborn. A parallel “Framework for Various Approaches”, which amongst other things saw discussions on how the UNFCCC might provide common accounting rules for carbon markets created by countries and regions themselves, met a similar fate. As renewed discussions have fizzled into inconclusiveness with each successive COP, attention has increasingly turned to the role of markets in the negotiations for a new climate treaty.

With the development of new markets blocked in UN climate talks for close to four years, carbon trading enthusiasts have come to Paris with a strategy so cunning it would make Baldrick from Blackadder blush. They have simply replaced the words “carbon markets” with references to “international transferrable mitigation outcomes” (and variations on that theme), with the even vaguer language of “cooperative approaches” proposed as a backup. The Clean Development Mechanism is out, but a potential “Mechanism to Support Sustainable Development” is still up for discussion.

“[I]f you want to become too specific in the agreement in Paris you are going to get into fights that you don't need to have in Paris” explains Andrei Marcu, a longstanding carbon trade lobbyist who now works as a Senior Advisor to the industry-friendly Centre for European Policy Studies. Marcu's remarks are more than simply those of an interested observer. As a representative of Papua New Guinea, and co-convenor of the G77+China group on market mechanisms, he has played a crucial role in crafting the Paris agreement's carbon market euphemisms.

Carbon markets are a bargaining chip that could be traded until the last minute for other aspects of the Paris agreement, making it hard to predict with any certainty what will happen at COP21.

If the core proposals on markets were to be agreed, then we would leave Paris with a new market mechanism or several mechanisms written into the architecture of the international climate agreement – extending the failed regime of the CDM and paving the way for a UN-administered scheme that covers whole economic sectors (rather than individual projects) in years to come. Forest carbon markets (under the guise of Reducing Emissions from Deforestation and Degradation, or REDD+) would receive a PR boost, although most of the architecture for those was already signed off in Warsaw.

Common carbon accounting rules would be established that would make it easier to link up existing carbon markets, like the EU ETS and California cap-and-trade programme. This might be spun as a step on the road to a “global carbon market” that could price pollution everywhere. The reality would be more messy: a complex web of rules as to how carbon is calculated, opening the door to more of the unscrupulous dealings that have dogged carbon markets to date.

A more modest Paris agreement would leave some or all or these elements on the table, recognizing simply the principle that emissions are “transferrable.” That outcome would leave the door open to carbon markets under the UN, but postpone the debate another year.

There remains a chance, too, that an agreement will be made without reference to carbon markets at all. That would appear to seal the fate of the existing UN climate schemes, whose mandate runs out with the Kyoto Protocol, and (at least for now) put a lid on the prospect of new ones.

That’s the favoured outcome for opponents of carbon markets, like the Bolivian government, which has called for the “eradication of the commodification of nature and carbon markets which promote climate business millionaires and do not solve the problem of the climate crisis.”

But the same outcome is also viewed positively by some countries, like Japan and New Zealand, that are pushing for an international system of carbon trading beyond the control of the UN.

Look beyond the letter of the Paris climate agreement itself, and things get even more messy. In advance of Paris, every country was asked to state what action it promised to take to address climate change. 176 of the world’s 196 countries obliged with their statements of intent, called Intended Nationally Determined Contributions (INDCs) in the official jargon. INDCs will probably not become legally binding (they are “intended”, not set in stone) but they give a good guide to what the world of climate responses will look like after 2020.

Around half of these plans state an intention to use international carbon markets, but there is a massive disparity between the large number of developing countries hoping to sell carbon offsets and the small number of developed countries (Canada, Japan, New Zealand and Switzerland) willing to buy them. If that transpires, offsets could price a tonne of carbon at less than a cup of coffee for a long time to come.

At the same time, increasing numbers of countries are organizing domestic carbon markets, with China recently announcing that it plans a nationwide scheme starting in 2017, and South Korea launching a domestic market at the start of this year.

Yet while the number of carbon markets has grown, the overall value of the carbon traded has shrunk in recent years. Alongside price falls on the back of an over-supply of allowances, much of the financial sector interest in these schemes has dried up, with many large banks closing their carbon desks.

The effort to lure speculators back to the market is what’s behind a big push on “linking” carbon markets, spearheaded by the International Emissions Trading Association (IETA). Linked markets have more “liquidity” - in essence, a greater number of trades happening more quickly, offering more chances for the types of bets that speculators thrive on.

Whether or not the Paris conference agrees on common carbon accounting rules, the overall trend is towards a complex system of interlinked carbon markets. In this new global system, private ratings agencies would police the system with all of the effectiveness that they brought to rating the speculative instruments that caused the financial crisis (since they would likely face the same conflicts of interest).

In short, the road through Paris looks likely to leave the carbon market menace in place for many years to come. The words markets may not figure in the text of the Paris agreement, but there’s a good chance that a placeholder could be found to allow their return in future.

“There is a level of generality that gives everybody what they want and allows the continuation of the discussion post-Paris” concludes Marcu. “That balance is not a science, it's an art. Whether the negotiators have mastered it remains to be seen.”