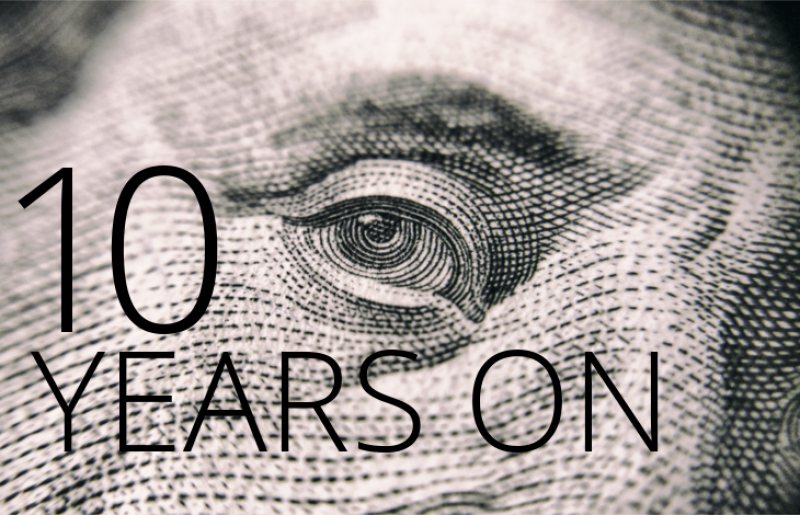 Analysis from 10 years of monitoring the finance lobby

Ten years ago, on 15 September 2008, the collapse of Wall Street investment bank Lehman Brothers signaled the beginning of a deep, serious financial breakdown. Among the causes: decision-makers inclined to take the advice of financial lobbyists as gospel and include it in their own political agenda – in the US as well as in the European Union. The laissez-faire nature of European financial regulation has had dire consequences.

While the crisis was still young, Corporate Europe Observatory started to explore the power of the financial lobby in the EU to reveal part of the dynamic that led to the crisis, and to monitor how this lobby would continue to fight back against the wide-spread demand for effective rules on financial markets.

Despite their responsibility for the 2008 crash, the financial sector has successfully avoided major reform in the decade since. Their army of lobbyists has won almost all the major battles, leaving new legislation full of loopholes and conditions similar to those that created the crash in the first place. The past ten years of financial lobbying have kept us vulnerable to future crises and costly bailouts.

An investigation into the identity of the ECB’s advisor groups reveal that those counselling the bank are mainly representatives of some of the most influential global financial corporations.

British banks, hedge funds, insurance companies and their lobby groups command massive resources and enjoy easy access to decision-makers in EU institutions. They have emerged victorious from many lobbying battles in Brussels, with key victories on banking regulation, hedge fund regulation, and complicated financial products such as derivatives, often at the cost of regulation in the public interest.

According to a leaked document, the EU is bent on using the TTIP negotiations with the US to get an agreement on financial regulation that will weaken reform and control of the financial sector. An example of how weak EU regulation has international implications.

The financial industry spends more than €120 million per year on lobbying in Brussels and employs more than 1,700 lobbyists to influence EU policy-making – at least. This report maps the key players and the resources they employ to have it their way on policy issues.

Far from being a solution to avoid future public bailouts and austerity, Europe's new banking union rules look like a victory for the financial sector to continue business as usual.

The biggest banks in Europe have little to fear from the EU's new banking regulations. But the public does. Due to loopholes the new rules will not prevent costly bailouts in the future. The risks are made clear in a recent accounting sleight of hand by Deutsche Bank.

The President of the European Central Bank Mario Draghi is a full member of a private group formed and dominated by some of the biggest banks in the world. They issue political statements and the reports, and have often played a key role on the lobbying scene. Should the ECB President really be allowed to team up with them.

The European banking lobby waged a successful battle first against international banking rules, and then in the European Union.

The financial lobby balks at the prospect of a Financial Transaction Tax. When it was proposed, they initiated a powerful campaign to kill it at birth, or failing that, water it down beyond all recognition.

The first post-crisis fierce lobbying battle in the EU was over regulation of hedge funds and private equity funds – the most speculative companies in the world of finance. By staging a well organised, aggressive campaign, and by bringing all their friends in Europe and in the US into the game, the investment fund industry could claim victory when the battle was over.

All too often the financial lobby has an easy job. They are often the first group the Commission asks for advice when drafting new legislation. The financial crisis in 2008 showed the ultimate cost of having advisory groups dominated by the financial industry. In the preceding years, they were in a good position to forge rules according to their interests – or even to prevent rules from being tabled in the first place.

When the Commission and the Council set out to respond to the financial crisis, they felt a need for advice on how to tackle future regulation. Ironically, they turned to people with close links to the world of megabanks, including Deutsche Bank, BNP Paribas, Lehman Brothers, to have them write a blueprint for the future EU regime on finance.

Related articles
How the financial lobby won the battle in Brussels