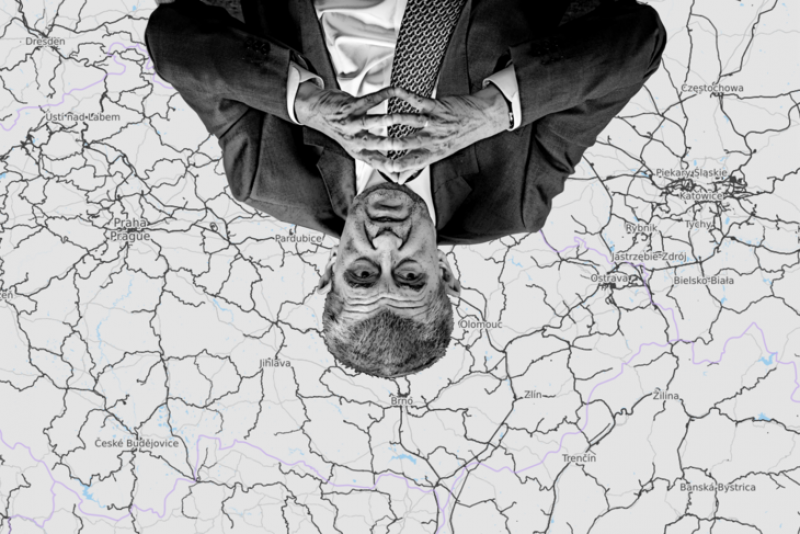 The EU must stop funding all post-communist oligarchs.

Czech journalist and Corporate Europe Observatory board member Jakub Patočka explains what the rise of oligarchs and the demise of democracy in Central and Eastern Europe have to do with EU funding - and how to remedy this.

“Recently leaked documents show that the European Commission legal service has come to the conclusion that Czech prime minister Andrej Babiš is breaking EU rules due to “conflict of interests”. Babiš is one of a handful of oligarchs, who made their fortunes during the botched transformation of the Czech and Slovak economies following the dissolution of Czechoslovakia. His corporation Agrofert is active in the agriculture, agrochemicals and chemicals sectors, and one of the largest, most influential corporate empires in Central Europe.

In the past, Babiš had always relied on his cronies in the largest parties to maintain a political environment in which his business would thrive. But when the political situation in the Czech Republic became unstable following the 2010 elections, Babiš launched his own political party, Action for Dissatisfied Citizens (ANO), a populist “anti-corruption” movement. Already in the 2013 elections, ANO finished second and Babiš was made minister of finance. In 2017, he went on to lead his party to a thumping victory - and became prime minister.

Already his spell at the ministry of finance had been marred by scandals, with Babiš getting embroiled in a tax evasion scandal and misusing EU subsidies for his lavish personal residence, nicknamed the Stork’s Nest. Despite the opposition, and even parts of the government, calling on him to quit over his rather apparent “conflict of interests”, Babiš managed to withstand these attacks and his popularity surged further - due in part to his purchase of several Czech media outlets, including two leading daily newspapers.

Eventually, a conflict of interest law was passed in 2016, which caused Babiš to pass control of Agrofert and his media empire to a fund managed by close allies and family members. The Czech opposition Pirate Party and Transparency International have recently claimed that the arrangement is legally void as Andrej Babiš, in fact, remains the fund’s ultimate beneficiary. Figures by Forbes indirectly support this analysis: according to the magazine, Babiš’s personal fortune has increased from €1,5 billion to €3,4 billion during his first four years in government. A €40 million increase per month, in other words. This hardly comes as a surprise, as few actually believed that Andrej Babiš ever ceased to be the de facto boss of the operations of his corporation and his media outlets.

So, the findings of the EU legal service have confirmed existing suspicions. Now the question is: what can be done about Babiš’s rampant conflict of interests?

Babiš’s business model is based on channeling public money to his private corporation in the form of subsidies, tax breaks and investment incentives, as my colleague Zuzana Vlasatá and I underscored in our investigative book on Babiš, “Yellow Baron”. Once in political office, Babiš also began to use parts of the government apparatus to advance the interests of his corporation.

No wonder that his government was quick to refute the findings of the EU legal service as “biased campaign of the enemies of the Czech Republic”. If it was up to Andrej Babiš himself, the Czech prime minister would certainly much rather frame his conflicting interests as a “harmony of interests”.

What can the EU do? Well, it could demand that EU subsidies received by Agrofert are payed back. And it really should do so. But the problem is much larger than Babiš alone. The misuse of EU funds in Central and Eastern Europe has become a systemic problem, which is getting increasingly out of control. In Hungary, local oligarchs connected to Victor Orbán have been exposed to be misusing EU subsidies in a way similar to Babiš. And a situation of the same nature as in the Czech Republic is emerging in Croatia.

Of course, there may not always be such obvious conflicts of interest or cases of outright corruption. But the pattern that emerged during the transformation of post-communist societies is basically omnipresent: Public money very often ends up in the pockets of people who are in one way or another connected to the political establishment. This clientelism is behind many of the struggles of the democracies in Central and Eastern Europe, and helps to explain why these countries so easily succumb to the pressures of emerging populists forces.

In this context it can be argued that EU subsidies in Central and Eastern Europe in general have not supported democratic transformation, but actually undermined it. The EU has been operating on a bona fide assumption that these countries are decent democracies with an acceptable political culture – a grave mistake. EU subsidies, despite all good intention, have actually co-funded the rise of populists and oligarchs in these regions.

Prior to the EU enlargement, this issue would have been much easier to deal with. In the accession process of countries like the Czech Republic, too much attention was paid to economic criteria, rather than to ensure that existing democratic institutions, including a free and independent civil society and press, were sufficiently robust.

Now that the damage is done, it will be much harder to tackle leaders like Orbán or Babiš, who are ruthlessly running their countries as a part of their personal business empires. It will be significantly more difficult for the EU institutions to find a feasible strategy for how to proceed.

But recent analyses have been suggesting a way forward: the EU has to find ways to give a substantial boost to civil society and free media in those member states with a less robust political culture. The key challenge is that such support schemes must not in any way be vulnerable to the influence of the national political elites. At this point in time, such financial backing of civil society and the free press would, perhaps, be the only meaningful EU subsidies to come to the region.