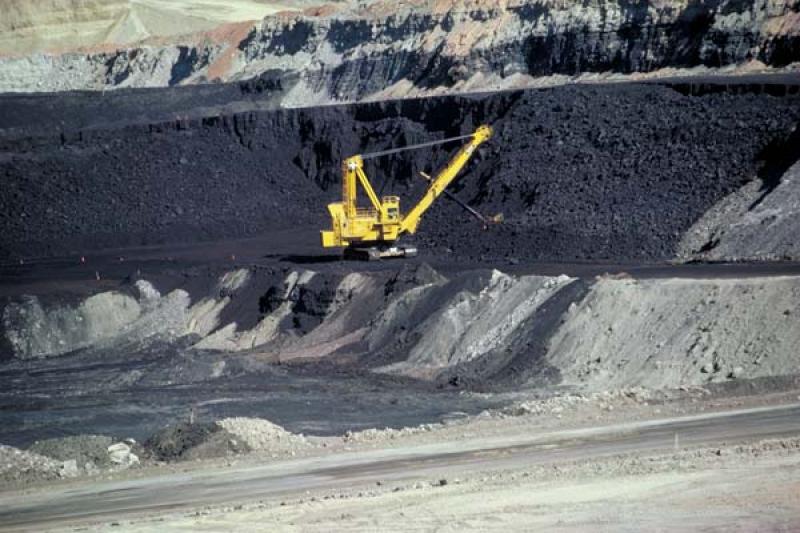 Who's advising the European Commission on fighting climate change? CEO, alongside allies, has long-fought to expose and reduce industry dominance among Commission advisory groups, but a new investigation by Greenpeace into the ongoing battle for higher pollution standards for coal-fired power plants shows the problem is both more widespread and more urgent than ever. Yet despite this, the Commission has been taking backward steps, even overturning the European Parliament's attempts to fix the problem.

With many eyes already on December’s UN climate talks in Paris, the EU had a chance to demonstrate it was serious about moving beyond fossil fuels by setting tough pollution standards for coal-fired power plants. But industry influence at all stages of the process – particularly in the multi-stakeholder technical working group – saw the proposal for standards weaker than plans coming from both China and the US. Shockingly, industry was also in the working group representing member states. The UK's nine-person delegation included five coal industry representatives such as RWE Power, E.ON and EDF. Eight out of the twelve people on Spain's delegation were industry representatives, while all six of Croatia's delegation were from industry. So as well as the 137 places given to industry (compared to eight for NGOs), industry also had almost 50 other places on member state delegations, giving it a majority in the 352-person strong advisory group.

Industry being asked to directly represent member states on advisory or working groups is particularly worrying, and adds to the mounting scandals and irregularities surrounding the Commission's advisory system. The core of it comes from the Commission´s Expert Group system, composed of hundreds of groups containing member states and/or stakeholders. However, industry domination and a lack of transparency (e.g. who represents who) has invited widespread criticism from civil society and MEPs alike. The failure of the Commission to reform even saw the Expert Groups budget frozen in 2011 with a demand that it sorted out the groups, and as recently as 2014 the budget freeze was used again as the promises made when removing the last freeze had been broken by the Commission. First the Parliament´s budget committee and then the whole Parliament unanimously agreed to freeze the budgets, demanding tough action. Yet as the 2015 budget was signed off in Brussels, the latest budget freeze – the leverage to get the Commission to clean up the groups – was suddenly gone.

Rumours within the Brussels bubble suggested that among very heated discussions on other important budget issues, which led to a whole new draft budget being proposed, the Commission had simply forgotten to re-include it. However, documents seen by CEO related to the budget reveal that the Commission had instead claimed the budget freeze was unnecessary and that it had met all the conditions outlined in the freeze (independence of experts, open calls for applications, balance, transparency etc.). It begins well, stating that

Yet with its very next sentence it dismisses the conditions and demands of the democratically elected Parliament, stating:

“The Commission considers that existing rules on expert groups provide its departments with a sound and coherent framework. Over the past couple of years the Commission has intensified efforts to improve the implementation of these rules; progress achieved so far is significant.”

The reason the budget freeze was put back in place by Parliament was precisely because the progress made over the last few years has been far from significant and the current rules need to change. It is unfortunate that in the heated budget negotiations, the Commission wasn't brought to account on its misleading statements. That it dared to make such claims in the first place, without consulting those who proposed the freeze, is a worrying indicator of its unwillingness to change.

Although the budget freeze is off the table for now – MEPs have said they will introduce it again next year – the European Ombudsman has also taken up the expert group issue, launching her own investigation which has gathered widespread input from all stakeholders (civil society, industry and government). Her recommendations to Commission President Juncker, presented in January 2015, are far reaching and if implemented will get to the heart of the issue. For the European Parliament, this represents the best way of ensuring that the Expert Group system and the entire advisory system does not, in the words of the Commission, “constitute a considerable risk to the democratic quality of EU decision making”. Commission President Juncker himself should also see the merit in the Ombudsman's recommendations – he has until the 30th April to respond – as while his transparency agenda intends to show who is lobbying, such as the mandatory lobbying register or the publicising Commissioner meetings, it stops short of saying the privileged access enjoyed by industry is a threat to democracy. But Europe's citizens disagree and called on Parliamentarians to stand up for people citizens and democracy against the excessive influence of banks and big business.

Climate advisors the tip of the iceberg

Whether it is concerning climate, cars or currency, the pattern of privileged access within the Commission's advisory system is the same. To ensure the scandals revealed by Greenpeace become a thing of the past, a whole-sale review of the rules is needed this year, with the Ombudsman's findings implemented and followed across all Commission departments. By the time the climate talks in Paris begin in December, Commission advisory groups on climate could be pushing for climate leadership rather than the continuation of fossil fuels such as coal.