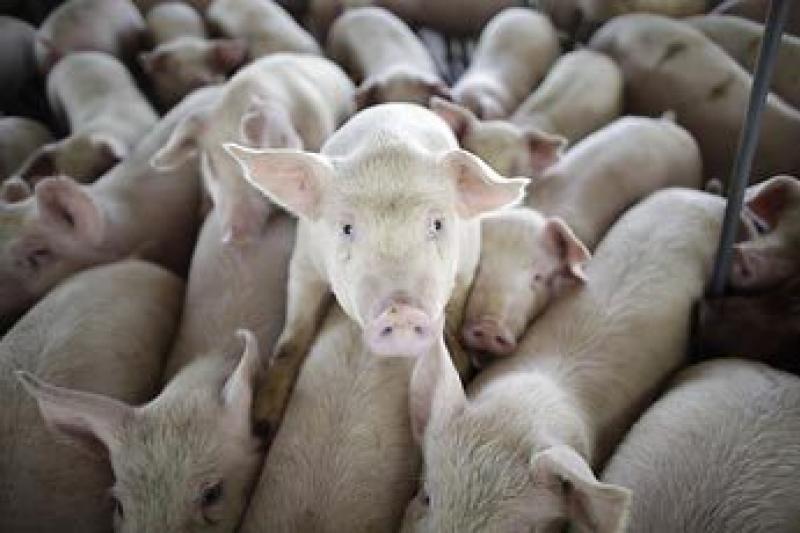 Will public trust in the EU be sacrificed to keep agribusiness happy?

End industry dominance of Commission advisory groups. That was the demand of the European Parliament in November 2011 when it froze the budgets of all Commission groups (formally called Expert Groups, which advise the Commission on new policy and legislation). A year later the budget was unfrozen, the Commission agreeing to that and the Parliament's three other conditions. However, as DG Agriculture and Rural Affairs (AGRI) finally gets around to reforming its advisory groups, original positive signs have turned into grim warnings: industry is trying to ensure any changes are so weak that their undue influence remains unchecked.

Compared to other DGs, AGRI was traditionally a particularly bad offender. Of the 30 advisory groups created by a 2004 Decision, which AGRI has promised to reform, 80 per cent of the members come from large farming organisations and the food industry (e.g. supermarkets, commodity traders etc.). Only 29 out of 943 places have gone to small-scale or organic farming interests, 38 to consumer groups and 36 to environmental groups, while COPA-COGECA, protecting the interests of Europe's industrial farming, has 442 seats.

DG AGRI agreed to reform, but wanted to wait until the reform of the Common Agricultural Policy (CAP) was finished, as the current groups advise on specific CAP policy areas, and new groups should do the same. However, in the meantime DG AGRI also launched a civil society consultation (two, in fact) into what the new groups should look like, resulting in an official Decision. Released in December 2013, the proposal has the right ingredients to seriously challenge industry domination within AGRI's advisory groups (soon-to-be-called 'Civil Society Groups').

The new groups will be formed after public calls for application (another condition outlined by MEPs when lifting the budget freeze), and all members will be in the EU's lobbying transparency register. And specifically on ending industry dominance, it explicitly mentions balance between economic and non-economic actors and a balance between stakeholders, which could end the stranglehold of COPA and allow other important perspectives such as organic and artisan farmers, cooperatives and environmental groups to have a louder voice.

However, whether these groups deliver will depend on how DG AGRI interprets its own Decision. Many agricultural groups and NGOs – including CEO – wrote to Commissioner Cioloș on Friday 24 January, concerned that the strong-arm lobbying tactics of the agricultural industry is having an effect on his cabinet's resolve, meaning that the eventual groups could be far weaker than hoped.

The reality is that ensuring more balanced groups and giving space to other areas of expertise would reduce the astronomical number of seats held by COPA. While any industry player would fight against a lessening of their influence, COPA has more to lose than most: their entire European co-ordinating structure has been based around the advisory group meetings, using the airfares paid for by the Commission to bring its members together for meetings. In certain instances, if an advisory group meeting was scheduled at a time not convenient for COPA members, the Commission would reschedule. In the past, COPA even went as far as using the Commission's own interpreting services for its meetings, held within Commission rooms and paid for by the Commission (i.e. taxpayers). In short, European citizens are misled to believe that they are funding the Commission gathering a diverse range of advice and expertise that it lacks internally, while in fact they are financing the internal workings of one of the most powerful lobbies in Europe.

Senior AGRI officials, when asked about the Advisory Group reform and COPA's resistance, told NGOs they saw COPA's position as entirely acceptable given the importance of the meetings to their coordinating efforts, and one could also infer that they value COPA's publicly-subsidised convenience more than ensuring the Commission receives the best possible advice when making policies.

Another variable to be factored in to COPA's chances of success is the re-election campaign of Commissioner Cioloș. With the Commission changing this November, upsetting one of Europe's strongest lobbies – who will have a very big say in who the next AGRI Commissioner is via their members lobbying national governments and via newly-elected MEPs – will not win votes. If Cioloș and his cabinet were to give in to COPA's bullying, not only would it lead to industry capture of public-interest policy making, it would also ignore the commitments made by DG AGRI to the Commission and to MEPs to end corporate dominance of its advicsory groups. Any such move is also likely to come under scrutiny of the European Ombudsman, Emily O'Reilly, who has announced she will be launching an investigation into all new Expert and Advisory Groups created since the Parliament lifted the budget freeze. Since taking up her post on 1st October 2013, O'Reilly has not shied away from tackling undue industry influence and is keen to ensure the power of lobbying is kept in check in order to rebuild citizens' trust.

Commissioner Cioloș should heed the letter sent by NGOs, who together represent millions of citizens, consumers and farmers, and ensure that the spirit of the Decision is respected. Not only does the letter call for the balance between economic and non-economic actors to be 50-50, but in each grouping no stakeholder should hold more than 30 per cent of the seats.

In an election year where standing up to the influence of vested interests in Brussels has already become a theme for some major political parties, DG AGRI and Commissioner Cioloș should be very careful. Public trust in EU institutions continues to fall and shady back room deals between the Commission and industry (as we've seen with the on-going EU-US free trade agreement) can only further undermine confidence among the Europe's 500 million citizens and confirm that the EU is here to serve big business rather than people or the environment. Is this the image Cioloș wants voters to take to the ballot box in May?

Since this blog was written, CEO, along with many other civil society organisations, have written again to DG AGRI stressing the importance of fair Expert Groups, as did a number of concerned MEPs. However, the response MEPs received (see attached document below) represents a backward step in ending the corporate dominance of Expert Groups - in DG AGRI and across the Commission. In the response from Cioloș it is stated that there was no agreement made between Vice President Maroš Šefčovič and MEPs when the Expert Group budget was lifted. This undoes much of the positive cooperation between the Commission and the Parliament and means much more work is going to be needed to make Expert Groups work in the public interest.