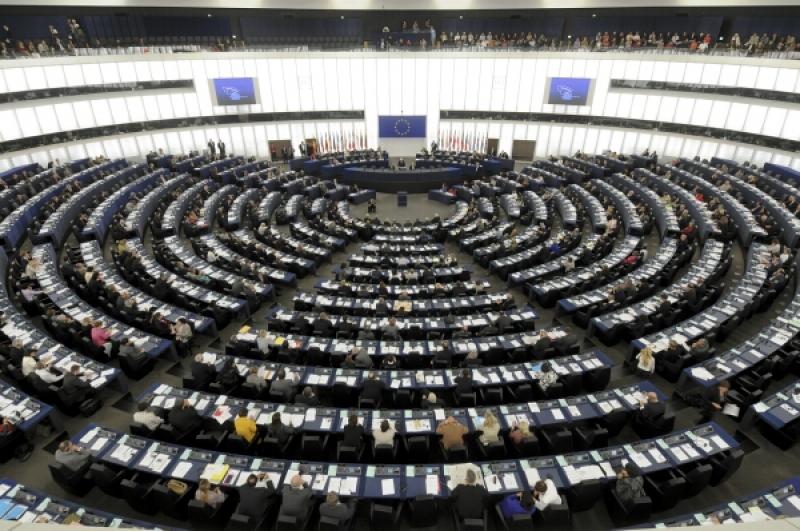 The European Parliament has overwhelmingly voted in favour of freezing the budgets of the Commission's problematic advisory groups, formally known as Expert Groups. This is the second time in four years the Parliament has taken such a drastic step, after the Commission consistently failed to tackle corporate domination within these influential groups (see the latest research below). However, it should come as no surprise to the Commission, as when releasing the first budget freeze in September 2012, the Parliament warned that if the situation did not improve it would re-introduce the freeze.

The successful budget amendment, tabled by a cross-party group of MEPs in early September (see notes at end), demands the Commission take action on corporate influence and transparency if it wants the almost €4 million budget reserve lifted (see below for the four conditions). It was voted through the Budgetary Committee on 29 September with the full support of all the major parties (EPP, S&D, ALDE, Greens/EFA, GUE/NGL), and has been approved in Plenary today (22 October 2014).

The importance of Expert Groups

Expert Groups guide Commission thinking on policy issues and are normally formed at the beginning of the legislative process – although can become a permanent presence – on issues from banking regulation to emissions reductions. They've even been known to draft legislation. However, many of the most politically and economically important groups have traditionally been dominated by industry, meaning other interests such as trade unions or environmental groups are marginalised or not heard at all. Ultimately, it's the public who suffer from the subsequent corporate-friendly policy making.

Corporate Europe Observatory and the Alliance for Lobbying Transparency and Ethics Regulation (ALTER-EU) have worked hard over the last 8 years with other public interest groups and Parliamentarians to produce evidence of corporate domination of Expert Groups and the Commission's failure to reform. In 2013 the report A Year of Broken Promises looked at all groups created since the original budget freeze was lifted in September 2012, highlighting the continued corporate dominance. But a new study by researcher Julian Schwartzkopff, conducted while a PhD student at the European University Institute in Italy, shows the problem is not just within newly-created groups, but across existing groups of almost all directorates. After exhaustive investigations looking at every one of the Commission's Expert Groups containing stakeholders, and then labelling their interests according to the EU's own transparency register, Schwartzkopff found what he described to CEO as “a systematic pro-business bias... across almost all DGs.” 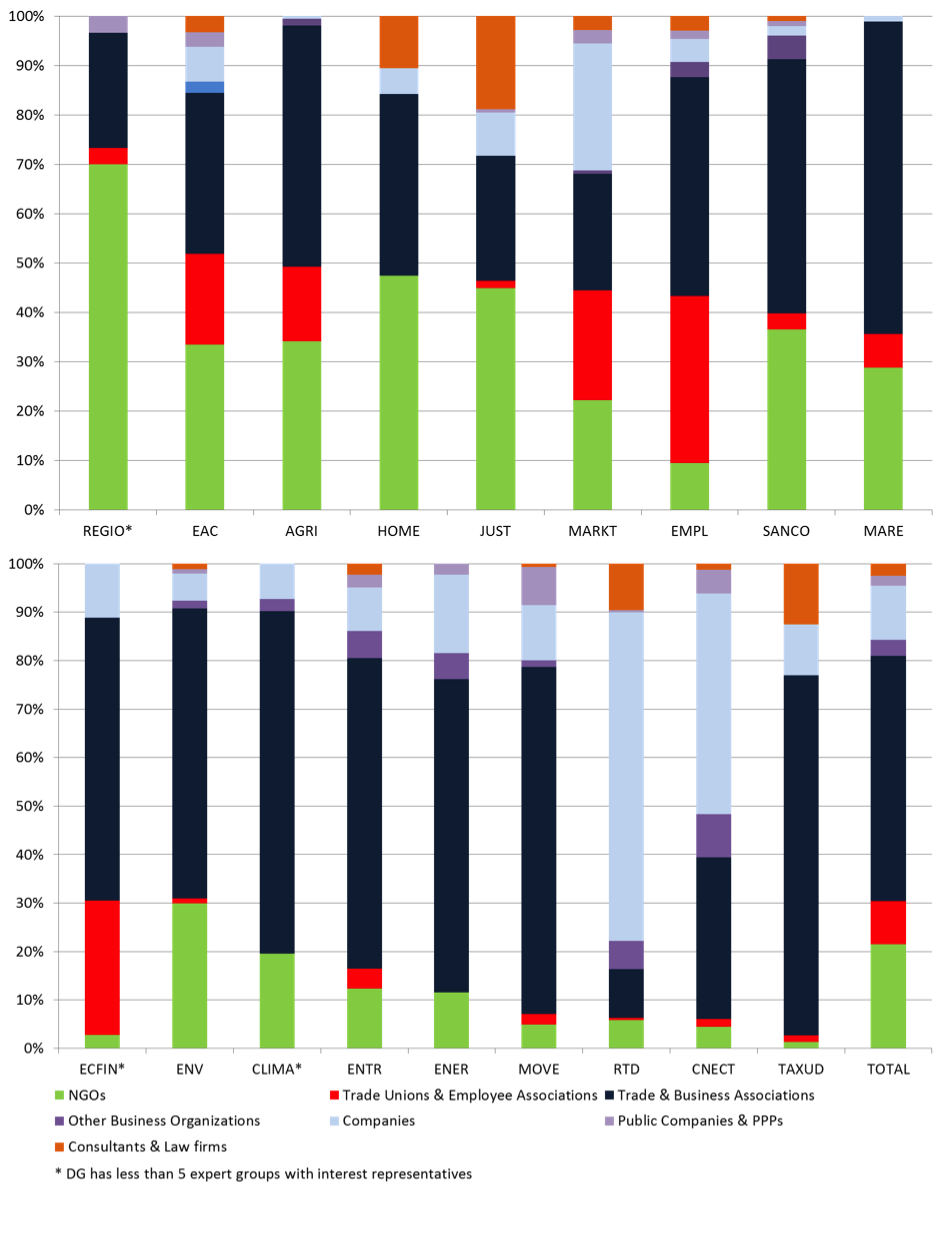 Balance of Commission Expert Groups as of December 2013, courtesy of Julian Schwartzkopff

A quick glance at the numbers is sobering: almost 70 per cent of all 'interest group' members represent business interests (companies, consultancies, law firms, trade and business associations or other business organisations), while trade unions make up only 9 per cent of seats (with more than two thirds of the total found in only three DGs). In the two DGs responsible for the Commission's highly contentious 2030 climate targets – DG Climate Action and DG Energy – the figure rises to 80 and 88 per cent respectively for business representatives. Perhaps unsurprising, as it was also highlighted by ALTER-EU as one of the worst offenders, DG Taxation and Customs Union has given a staggering 98 per cent of its seats to business interests.

Extra weight to the Ombudsman's investigation

As well as reinforcing the message of ALTER-EU and helping convince any doubting Parliamentarians of the scale of the problem, Schwartzkopff's new evidence should help the investigations of Ombudsman Emily O'Reilly. She launched an 'own initiative inquiry' into the topic in May, specifically looking at corporate domination.

The budget freeze makes it far more likely that her findings – in part based on a public consultation with stakeholders including CEO – will be implemented across all DGs, particularly as the final conditions to lift the budget freeze was for a thorough review of existing rules and the implementation of the Ombudsman's recommendations.

What the Commission should do now

If the Commission wants the budget reserve lifted – almost €4 million – it must meet the four conditions within the amendment:

A step towards victory, but should it be so hard?

A second budget freeze can certainly be seen as a victory, given it was the only instrument that forced the Commission to review its previous Expert Groups (even if it later broke its promise of introducing reforms). However, it is disappointing that it takes such drastic measures, given the European Commission's claim to be a public interest institution which does not privilege corporate interests.

Public interest groups that have come together to work with and persuade MEPs of the need for action must keep up their momentum (see this joint letter to MEPs signed by trade unions, green groups and transparency advocates just before the vote). Assuming the budget freeze survives the 'trialogue' between the Commission, Parliament and Council, it will be implemented by the end of November. But the battle will just have begun. When the budget was last frozen in 2011, it was only after MEPs refused to accept Commission claims of progress – and by doing so maintained the freeze – that the Commission began to move. Having voted to freeze the budget, its up to the Parliament to hold its nerve and see this through to the end, reacting to Commission words rather than deeds and fixing this problem once and for all.