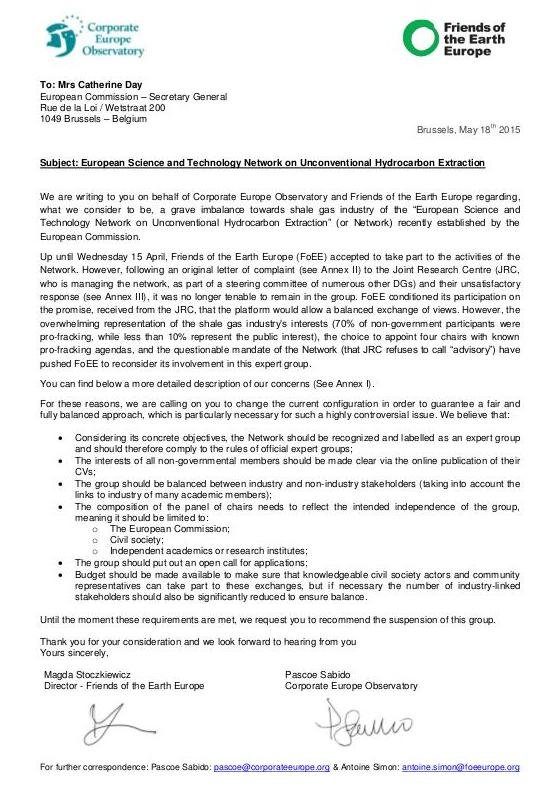 Corporate Europe Observatory and Friends of the Earth Europe have today written to the Secretary General of the European Commission, Catherine Day, to complain about the industry domination of the European Science and Technology Network on Unconventional Hydrocarbon Extraction.

In April, the two organisations jointly published a report, entitled 'Carte Blanche for Fracking', which outlined how the Commission's new network on fracking was putting industry in the driving seat of EU fracking policy, despite widespread public opposition. As an official follow up, we have now written to the highest responsible body - the Secretariat General - to complain about the group, demanding the group is suspended until concrete changes are made.

For the full letter with annexes, see below