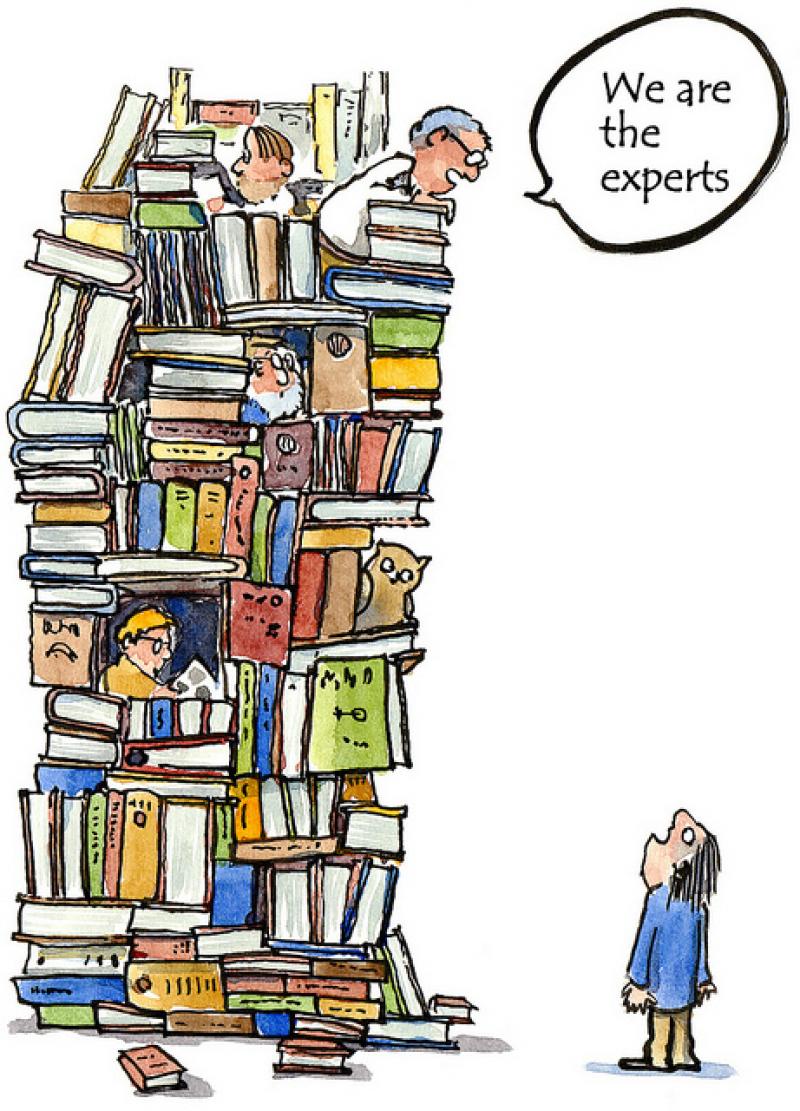 On 10 November 2015, after many months preparation, the European Commission announced the composition of a High Level Group (HLG) of scientific advisors within a ‘Scientific Advice Mechanism’ (SAM) which will replace the position of Chief Scientific Adviser (CSA) to the President of the European Commission, which President Jean-Claude Juncker decided not to renew. The announcement effectively launched the new system, with a first meeting foreseen in January 2016.

According to the European Commission, this group of experts will meet between four to six times a year, and members (expected to dedicate up to 40 days a year for this work) will receive an allowance on top of expenses reimbursement but not a salary. They are appointed for terms of two and a half years, renewable once. The group will elect a chair and a vice-chair every year.

The first members of this group are all scientists (four men and three women) with an outstanding academic track record, covering several disciplines including one sociologist, and some already have experience in providing advice to political institutions:

The announcement is good news in itself. The nomination process had raised questions: why was Business Europe, one of the loudest voices of big business in Brussels, among the “representative organisations” “invited to submit nominations”?

This time, unlike the former CSA's Science and Technology Advisory Council which included the CEO of General Electric Europe, the members of the Commission's in-house independent scientific advice team are all scientists, even though of course it is impossible for a group of seven scientists to cover “all fields of science relevant for Union policy making".

Individuals matter but policies matter just as much

But while individual qualities do matter, the broader system within which they will need to work matters just as much. The science-policy relationship is a complicated one, with politicians and lobbyists typically using scientific evidence as a source of political authority and pressuring their own scientists or scientific advisers to give them political ammunition. Scientists have to face the near-inevitable simplification or misrepresentation of their work in political contexts.

For scientific advisers, this translates into several constraints: they must resist politicians' demands to provide scientific justifications of the policy options they're pushing, resist the temptation to influence the political agenda themselves, and accept that politicians sometimes ignore their advice because science is only one of the many dimensions politicians must take into account when making a decision. Is such a task at all possible for normal humans? Probably not. As US political scientist Roger Pielke Jr. wrote, “scientific advisers are not super heroes”: mechanisms must be put in place to help them deal with the political implications of their work.

A positive outcome of the heated debates surrounding the end of the CSA position has been the considerable publicity given to the significant role played by scientific advisers to public decision-makers, but even more about the necessity to organise well their contribution to the policy process. Protecting them from political instrumentalisation is all the more important in the EU context, where the technicality of lobbying battles and the lack of public scrutiny confer extra political weight to expertise seen as independent from all parties at stake (the former CSA described her position as a “constant target of lobbying”). Where does the new SAM stand in light of these questions?

Progress since the CSA position, but big questions still pending

The European Commission's announcement in May 2015 that it was going to replace the defunct Chief Scientific Advisor position with a new High Level Advisory Group raised many questions. Some have since been partly answered.

Unlike the former CSA, the new SAM will be given proper means of operation. A team of twenty officials within the Commission's DG Research will support the work of the HLG, and a dedicated budget of €6 million will be provided from the Horizon 2020 budget to a group of five organisations representing European national academies and learned societies to interact with and support the HLG. These organisations are: Academia Europaea (The Academy of Europe), ALLEA (The European Federation of Academies of Sciences and Humanities), EASAC (The Association of the National Science Academies of EU Member States), Euro-CASE (The European Council of Academies of Applied Sciences, Technologies and Engineering) and FEAM (The Federation of European Academies of Medicine). In March 2015 the five organisations signed a memorandum of understanding (MOU) to structure their cooperation.

According to the European Commission, the HLG will have “a high degree of autonomy including taking its own independent initiatives”.1 This is very important and had not been communicated before.

While it seems that the HLG will mainly work at the request of the Research Commissioner,3 it remains unclear whether the Commissioner's request will be made public, what its format will be and whether its underlying political assumptions will be explained. This is crucial to enable scientists to understand what is expected from them, protect them against political instrumentalisation by the Commission itself (or possible misrepresentation of their advice by the Commissioner to the rest of the Commission), and enable the broader public to understand what the real question they had to answer actually was4. The European Commission says such details will be set after the first meeting of the HLG in January 2016.
It is unclear at this stage whether members of the HLG will need to file an annual declaration of interest detailing in particular their financial interests, as is the case for all EU agencies' experts (the former CSA also published one). The European Commission says it is exploring “formats and best practices” in this matter. Given the very broad range of topics HLG members will have to cover, the assessment of interests will only be possible on a case by case basis anyway, but it would be important that the Commission takes into account the recent European Ombudsman ruling stating that, in light of the “developing deeper relationships between academia and business”, financial interests of university departments employing these scientists and the mechanisms these departments have in place to protect the independence of their staff from possible commercial partners should also be declared.
Will HLG members make public their interactions with lobbyists, in the spirit of the Commission's practice of disclosing meetings between lobbyists and Commissioners and high level civil servants? There would be pros (increased awareness of the political importance of such meetings and easier public scrutiny) and cons (additional bureaucracy) to such a measure; the European Commission says it will publish such details when it organises events at which HLG members interact with lobbyists, but did not clarify whether HLG members will disclose such interactions individually: this remains an important point to solve.

Unlike the former CSA position, which was always at risk of being used to bypass and fight other EU scientific advisory structures given its secrecy, top level access and institutional weaknesses, the HLG is encouraged to “establish synergies with and add value to existing scientific advisory bodies within the Commission or other bodies, offices or agencies, including those of the Joint Research Centre.” The fact that it will answer to the Research Commissioner and no longer to the President of the European Commission should also help avoid this.
On the other hand, such links with other EU scientific bodies contradict the desired independence of this group from the European institutions. Is it possible to escape this contradiction? On the one hand, playing one scientific institution against another and doubt-mongering are typical lobby tactics (industry & DG SANTE trying to use EFSA against the expert group set up by DG Environment in the endocrine disruptors dossier is a perfect example), but on the other hand contradiction and open, free debate are and must remain the norm in science. In principle, the HLG would probably be better off focussing more on its independence than on “synergies” with other EU institutions but the EU political realities impose that it establishes rigorous defence mechanisms to defend itself against political instrumentalisation attempts. The above-mentioned systematic disclosure of its interactions with the Commission would go a long way in helping it in this direction; disclosure of interactions with lobby groups would also help (see below).

The relationship between the HLG and national academies is not very clear yet; the European Commission says that “the specific details of the coordinating and support action will include a detailed description of the way EU academies will operate under the grant agreement” (the €6 million grant from the Horizon 2020 budget), due to be signed in mid-2016.

why exactly should national academia strive for “a clear and united voice of experts from science, health, technology, and social sciences to help advance the public debate about benefits and risks”?

Both the Commission's description of the HLG's operations and the MOU between national academies insist on the need for consensus decision-making. While the HLG is allowed some flexibility to self-organise, which might leave it free to publish minority opinions when appropriate, the wording used in the MOU is problematic: why exactly should national academia strive for “a clear and united voice of experts from science, health, technology, and social sciences to help advance the public debate about benefits and risks”? The question is made even more important by the reference to the debate on benefits and risks, which is a typically political debate. On a similar note, it seems not foreseen yet how the HLG will communicate the uncertainties it meets in its work, although the way these are described is crucial in shaping the political debates which might follow.

Beyond devil-in-the-details organisational matters, what about citizens?

Overall, the first impression from the new structure is that the Commission has learned from the CSA experience and set up a system which could deliver good scientific advice while being better safeguarded against political interference and lobbying manipulation.

However, with so many crucial details yet to be decided on, the system will need some more time to be properly assessed. That said, some observations can be made about this new SAM, particularly when it comes to something that hasn't been mentioned so far: the role of citizens.

The need to reinforce dialogue and trust between science and society could not be overstated at a time when the increasing submission of public research policies to commercial imperatives, combined with the rise of new technologies with enormous (human, ecological, climatic...) transformative and disruptive potential, give rise to massive fears and distrust towards scientific institutions and sometimes science itself. After so many years of EU projects on Responsible Research and Innovation, it is striking to see that any reference to such notions seems to have disappeared from the new Scientific Advice Mechanism. In 2013 the CSA's Science & Technology Advisory Council argued that the Commission “should invest in more and more inclusive pan-European citizen participation and involvement programs aimed at advising the Commission (and/or the European Parliament) on science and technology issues.” This is entirely missing for now in the new system.

However, it is not too late to take steps to allow citizen participation in the new Scientific Advice Mechanism. We think that two possibilities in particular should be given consideration:

- give citizens and civil society the right to formulate requests to the HLG;

- in cases where requests to the HLG are not be about the state of the scientific literature on a given topic but about suggesting policy options, we propose to add a citizens’ convention 5 to the HLG in order to broaden the spectrum of policy choices.